The team has discovered that there is a universal route through which the transition to periodic oscillations occurs in complex systems.

Ever observed the flock of pigeons taking off in a jiffy?  Suddenly they take-off helter-skelter but within a flash, they are in a formation. The sudden emergence of spontaneous order is called self-organisation. 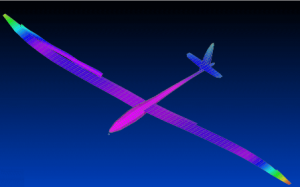 While the random flight is periodic, the emergence of formation is harmonic. In the self-organisation, individual components organise their collective behaviour to create global order by interactions amongst themselves rather than through external intervention or instruction.

Periodic oscillations are prevalent in nature and can have good or bad outcomes. The periodic oscillations in a flute are, for example, soothing, while those of a bridge can herald its catastrophic collapse. Studies have shown that these fluctuations are caused by a phenomenon called ‘Aeroelastic Instability,’ which results from interactions between the structural dynamics and the flow around it.

Exploring the universal features of transitions from random patterns to well-ordered periodic patterns in diverse systems will shed light on self-organisation evolution. It thus offers a handle for better management of engineering and non-engineering phenomena.

A team of researchers from the Indian Institute of Technology Madras (IIT Madras) with researchers from the University of California San Diego, USA and Potsdam Institute for Climate Impact Research (PIK) and Humboldt University in Berlin, Germany, has uncovered a universal phenomenon that occurs during critical transitions in complex systems that exist in the realms of engineering systems and outside of it.

Also Read : Will Mental Health be the Next Global Pandemic?

This team has discovered that there is a universal route through which the transition to periodic oscillations occurs in complex systems. It may appear surprising that transitions in disparate systems such as power blackouts, extreme climatic events, the sudden crash of financial markets and a thermoacoustic transition could have anything in common.Prof. R.I. Sujith, D. Srinivasan Chair Professor, Department of Aerospace Engineering, IIT Madras, said, “We have shown that the transition to the periodically oscillating state can be viewed as a redistribution of energy from a wide band of frequencies to the most dominant frequency.”

The researchers refer to this phenomenon as spectral condensation and describe the transition in a system-independent method. Unearthing this unique and universal behaviour offers insights into many problems, independent of the problem set-up details. It brings entirely diverse systems under a single umbrella. “The behaviour of complex systems, be it engineering or otherwise, is independent of the details of the problem, with fundamentally different physical systems displaying similar dynamic behaviour,” adds Prof. Sujith.

The transition of complex systems to a state of periodic oscillations is common.  Such transitions are dangerous in rocket motors, boilers and gas turbine engines, or advantageous, such as in lasers.  Their discovery of spectral condensation enables a priori estimation of the amplitude of oscillations. Such advance estimations can help take timely countermeasures to prevent damage.  For example, the prediction of the emergence of oscillations and their amplitude can help adopt strategies to protect gas turbine engines from catastrophic failure.  The universal behaviour of spectral condensation can help control the parameters of stability in various engineering systems of practical importance across disciplines.

The real-world applications of this discovery go beyond engineering domains. The universality of spectral condensation makes it suitable to predict emergent periodic behaviour in other phenomena as well.  For example, they can be extended to predict the magnitude of earthquakes and understand the emergence of diseases.

The generality of this discovery connects otherwise unrelated fields through a common framework. It paves the way for transdisciplinary scientific research.This work has recently been published in the journal – Scientific Reports. (India Science Wire)