23rd June 2169: Will Ztocmi Be Able to Put Earth Resort into the Orbit

Gajender Sharma, an Indian by birth, lived in India until he turned 24, engineer and MBA by education and has spent 14 years in Japan, in multiple roles and always fascinated by future technologies on earth and 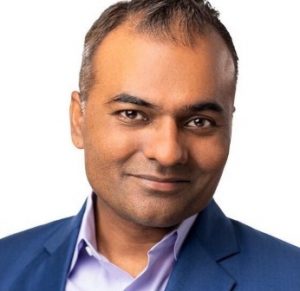 beyond. He is active in predicting future technology trends and good at connecting the mathematical numbers with the actual events in present and future.

Please take us through your writing journey.

I started to write on social media such as LinkedIn from 2014 and always wanted to publish my book one day. In 2017 I got the inspiration that I should start writing the book rather than waiting to retire and write. That’s how I wrote my first book “Will you not buy strawberry today? Which was about 9 true stories in Japan. From 2018-2019 I was exposed and was very much interested in digital technologies and the futuristic idea behind. That’s when I started to write a science fiction book titled 23rd June 2169which was about the year 2169 and it was published on 14th Jan 2020.

What is your writing process?

My writing process is based on a very broad idea which I conceptualize in my mind and later I go deeper in each broad idea. Sometimes I take a piece of paper and create a framework of how the characters interact with each other. As I start to write I develop the story based on the inspiration I get daily. Sometimes I get new ideas while walking or even after running and it sometimes changes the course of the story

I always wondered about our life on earth and wondered if everything is natural or controlled. The main reason for that is that earth itself rotates around the sun with a gravitational force and has no choice of its own. And I always wondered what if some galaxy has more information about us than we think about it ourselves and what about if we are a part of big control mechanism which we do not understand. With this basic idea and with technological growth possibilities in future, I developed the story about artificial earth being placed between earth and mars. And made this event to happen on the date 23rd June 2169 with a twist in the end.

How much has your love for technology influenced you as a writer?

My love for technology has a big influence on my writing

Do you believe that the world will be more harmonious if we co-exist with holo humans and robots?

We will have more harmonious world because the robots, Holohumans would not compete with humans for many things and humans will have broader relationship base.

Also Read : Through the waves of women’s liberation

Given a chance to transport to some other planet like Earth Resort as mentioned in the book, would you be interested?

Which is your favourite sci-fi book?

My favourite sci-fi book is The Martian by Andy Weir

Do you think books can change the world? If yes, can you mention one such book?

Yes definitely, there is a book called How to Change the World: Social Entrepreneurs and the Power of New Ideas

How do you think we can make our Earth a better place to live?

We can make the earth a better place by respect, kindness, help, passion, emotions and education for all.