The Scheme aims to ensure seamless, cost-effective, time bound, air transportation and associated logistics for all Agri-produce originating especially from North-East, hilly and tribal regions of the country. 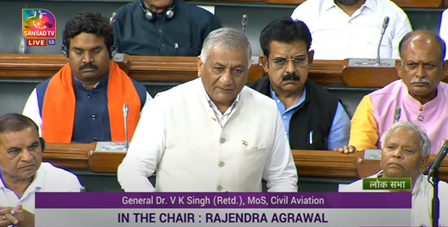 mainly focusing on transporting perishable food products from the hilly areas, North-Eastern States and tribal areas. For facilitating and incentivising the movement of agri-produce by air transportation, the Airports Authority of India (AAI) provides a full waiver of Landing, Parking, Terminal Navigational Landing Charges (TNLC) and Route Navigation Facility Charges (RNFC) for Indian freighters and P2C (Passenger-to-Cargo) Aircraft. The scheme primarily covers around 25 airports focusing on North Eastern, Hilly and Tribal regions, besides 28 airports in other regions/areas. After the evaluation of Krishi Udan 2.0, five more airports have been included making it a total of 58 airports.

The Krishi Udan Scheme 2.0 is to increase the share of air carriage in the modal mix for Agri-produce transportation, including horticulture, fishery, livestock and processed products. The scheme assists farmers in transporting agricultural products so that it improves their value realisation.

Krishi Udan scheme provides air transportation and logistics support for perishable agri-produce as per the need. Leveraging the existing schemes of the 8 Ministries mentioned above, the producers can utilise the services available at 58 airports listed under the scheme considering the demand.

The Scheme aims to ensure seamless, cost-effective, time-bound air transportation and associated logistics for all Agri-produce originating especially from the North-East, hilly and tribal regions of the country. A few successful examples are air transportation of ‘King Chillies, Burmese Grapes & Assamese Lemon’ from Guwahati, ‘Jackfruit’ from Tripura and ‘Litchi’ from Darbhanga.

This information was given by the Minister of State in the Ministry of Civil Aviation, Gen. (Dr) V. K. Singh (Retd), in a written reply to a question in Lok Sabha.