In cancer treatment, it is important to induce death of the cancer cells preferentially without extensive damage to healthy cells in the body. 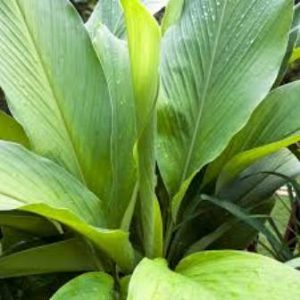 Indian institute of Technology (IIT) Madras researchers have shown that the active principle from turmeric, that is curcumin, can enhance cancer cell death caused by a protein called ‘TRAIL’. They performed studies using isolated leukaemia cells from cancer patients and found that non-toxic concentrations of curcumin can significantly increase the efficiency of TRAIL-induced cell death.

There have been considerable efforts in developing therapeutic agents that trigger self-death of cells that malfunction. Apoptotic death or programmed death such destruction of cancer cells could prevent the spread of the disease.  One such agent that can trigger self-destruction that has been found promising is a protein called ‘TNF-Related Apoptosis-Inducing Ligand’ (TRAIL).  Its ability to selectively kill cancer cells by ‘apoptosis’ has resulted in a number of preclinical studies being carried out all over the world.

In cancer treatment, it is important to induce death of the cancer cells preferentially without extensive damage to healthy cells in the body. Apoptosisis generally preferred over the more aggressive and premature ‘necrosis’ for killing cancer cells because it releases fewer cellular components that trigger inflammation than the latter.

Elaborating on this research and its impact, Prof. Rama Shanker Verma, Bhupat and Jyoti Mehta School of Biosciences, Department of Biotechnology, IIT Madras, said, “Despite strong anti-tumor activity of TRAIL in pre-clinical studies, clinical trials results have hitherto been unsatisfactory because cancer cells seem to acquire resistance against TRAIL upon long-term exposure. Thus, the next round of research has been to find chemicals that can reverse resistance and increase sensitivity of cancer cells to TRAIL.”

Several studies have focused on natural compounds that could significantly enhance TRAIL-mediated apoptosis at non-toxic concentrations.  The IIT Madras team chose curcumin, the yellow part of the common turmeric that is used in daily cooking, as a sensitizer of TRAIL-resistant cancer cells to apoptosis.

Curcumin is already known to be a potent anti-cancer agent because of its ability to inhibit carcinogenesis and induce apoptosis in various cancer cells. Its function as a sensitizer to TRAIL has been shown in cases of prostate cancer, breast cancer, colon cancer and malignant glioma.

“Our findings clearly show that even small concentration of curcumin could potentially enhance the sensitiveness of leukemic cells to TRAIL,” said the researchers.

The IIT Madras Researchers are, however, cautious in extrapolating the results. While the reactions have been carried out in vitro, i.e., with isolated cells outside the human body, ‘in a test tube’, it is unclear if the same results can be obtained in vivo, i.e., inside the body.  This doubt arises because curcumin is known to be poorly absorbed into the blood from the gut and its bioavailability for therapeutic purposes is generally poor. Bioavailability is basically the proportion of a drug or other substance which enters the circulation when introduced into the body and so is able to have an active effect.

But the researchers are hopeful that this difficulty will be circumvented soon. There are many studies ongoing around the world to increase the bioavailability of curcumin.

“Compounds such as quercetin found in onions, green tea etc., and piperazine, found in black and green pepper, have been shown by a few researchers to enhance absorption of curcumin by the body,” added Prof Verma.

There are no confirmatory evidences yet, but such research, combined with observations made by the IIT Madras team, can unleash newer effective and safe therapies for cancer.

This research was led by Prof. Rama Shanker Verma, Bhupat and Jyoti Mehta School of Biosciences, Department of Biotechnology, IIT Madras. The paper was co-authored by Ms. Sridevi Surapally, Ms. Madhumathi Jayaprakasam and Prof. Verma. The results of this work were recently published in the journal Pharmacological Reports. (India Science Wire)