COVID-19 Pandemic May Have Been Caused by a “Lab Leak”

Scientists are now questioning the possibility of SARS-CoV-2, the virus behind the Covid-19 pandemic, leaking from the Wuhan Institute of Virology, which had been conducting research on coronavirus, funded by an American health body.

A Pandora’s box may have been opened up by scientists researching the coronavirus, the agent behind the 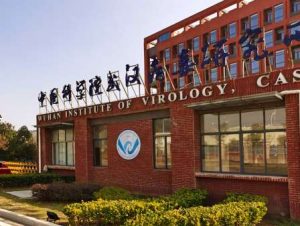 world’s biggest pandemic and epidemic Covid-19. In a recently published study in the Bulletin of Atomic Scientists, a well-acclaimed science writer and author, Nicholas Wade, debates the origins of the virus, which until now were assumed to be “zoonotic”, or natural, occurring from animals. Ever since, many more scientists have come to the forefront to demand a neutral investigation into its origins, which, as per Nicholas Wade, may very well be manmade.

When the spread of the virus was first declared a pandemic in the early months of 2020 by the World Health Organisation, a common notion among many was that it was a weapon of biological warfare made by China. The more neutral ones questioned if the occurrence may have been an accident, a lab leak, which are not historically uncommon in the history of disease spread.

However, two main scientific groups came forward and negated any man-made origins, stating that “conspiracy” will only do harm. Published in leading scientific journals, Lancet and Nature Medicine, these letters blatantly denied all possibility of human origins, by citing little to no evidence. Wade states that these letters may have led to popular perception being shaped a certain way, with mainstream news media (for the last 15 months), quoting them multiple times to deny all theories of the virus’ human origins.

“We stand together to strongly condemn conspiracy theories suggesting that COVID-19 does not have a natural origin,” read the Lancet article written by a group of virologists. Scientists “overwhelmingly conclude that this coronavirus originated in wildlife,” they said, with a stirring rallying call for readers to stand with Chinese colleagues on the frontline of fighting the disease.

Wade states that the idea that the virus may have escaped from a lab invoked accident and not a conspiracy. “It surely needed to be explored, not rejected out of hand. A defining mark of good scientists is that they go to great pains to distinguish between what they know and what they don’t know. By this criterion, the signatories of the Lancet letter were behaving as poor scientists: They were assuring the public of facts they could not know for sure were true,” he writes.

However, it soon came to light that Peter Daszak, the man who organized and drafted the letter, may have connections with the Wuhan Institute of Virology, located in the Wuhan province where SARS-CoV-2 was first discovered. President of New York’s EcoHealth Alliance, Daszak was funding coronavirus research at the WIV. “If the SARS2 virus had indeed escaped from research he funded, Daszak would be potentially culpable. This acute conflict of interest was not declared to Lancet’s readers. To the contrary, the letter concluded: We declare no competing interests,” Wade states.

Similarly, the letter published in the journal Nature Medicine by a group of virologists led by Kristian G. Andersen of the Scripps Research Institute ridiculed human origin theories on the basis of “poor science.”

“Our analyses clearly show that SARS-CoV-2 is not a laboratory construct or a purposefully manipulated virus,” the five virologists declared in the second paragraph of their letter. Here, Wade states that the scientists’ use of a relatively older mechanism to analyse the virus gave way to poorly analysed results.

The Daszak and Andersen letters were really political, not scientific, statements, yet were amazingly effective. Articles in the mainstream press repeatedly stated that a consensus of experts had ruled lab escape out of the question or extremely unlikely. Their authors relied for the most part on the Daszak and Andersen letters, failing to understand the yawning gaps in their arguments.

It is imperative to note that there is no direct evidence to support either of the theories. But the facts stated by Wade point to a clouded direction, where the theory of SARS-CoV-2 being a lab leak becomes more plausible.

He points to few major events:

1) Even after 15 months of the pandemic, scientists have not been able to discover the intermediatory animal which leads to the evolution of the virus and its spread into humans.

2) The bat with the closest connection to the virus is actually found 1500 km away from Wuhan.

3) Scientists have discovered cases of Covid-19 that predate the first official case of the virus in a human.

4) It is too much of a coincidence that the infection happened in the same region where labs were researching coronavirus.

After the pandemic first broke out in December 2019, Chinese authorities reported that many cases had occurred in the Wuhan wet market, a place selling wild animals for meat. This was similar to the spread of the SARS1 epidemic (2002) and the MERS epidemic (2012). In the former, a bat virus had spread first to civets, an animal sold in wet markets, and from civets to people. In the latter, the intermediary host animal was camels.

“The decoding of the virus’s genome showed it belonged a viral family known as beta-coronaviruses, to which the SARS1 and MERS viruses also belong. The relationship supported the idea that, like them, it was a natural virus that had managed to jump from bats, via another animal host, to people,” Wade writes.

While earlier cases of SARS-CoV-2 were also found in Wuhan, that did not have a link to the wet market, they were dismissed because the evidence on the virus’s natural origins was expected to come soon. These theories dominated media discussions until February 2021, when a WHO team visited China to discover any traces of lab origins. “The commission’s composition and access were heavily controlled by the Chinese authorities. Its members, who included the ubiquitous Daszak, kept asserting before, during, and after their visit that lab escape was extremely unlikely. But this was not quite the propaganda victory the Chinese authorities may have been hoping for. What became clear was that the Chinese had no evidence to offer the commission in support of the natural emergence theory,” Wade states.

While the intermediary host species of SARS1 and MERS were identified 4 and 9 months, respectively, after the epidemic spread, Chinese researchers have failed to identify the intermediate species to which SARS2 might have jumped.

One must also note that research on coronavirus is not a new or surprising event. Scientists and virologists have been manipulating a virus’s genes to get a head start on how different animal viruses can affect humans. These are known as “gain of function” experiments.

“Researchers at the WIV, led by China’s leading expert on bat viruses, Shi Zheng-li or “Bat Lady,” mounted frequent expeditions to the bat-infested caves of Yunnan in southern China and collected around a hundred different bat coronaviruses. Shi then teamed up with Ralph S. Baric, an eminent coronavirus researcher at the University of North Carolina. Their work focused on enhancing the ability of bat viruses to attack humans so as to “examine the emergence potential (that is, the potential to infect humans) of circulating bat CoVs [coronaviruses],” Wade writes.

The two closest known relatives of the SARS2 virus were collected from bats living in caves in Yunnan. “If the SARS2 virus had first infected people living around the Yunnan caves, which would strongly support the idea that the virus had spilled over to people naturally. But this isn’t what happened. The pandemic broke out 1,500 km away, in Wuhan,” he says.

The grants, all public records, were assigned to Daszak and his team, who subcontracted them to Shi. In an interview on December 9, 2019, Daszak mentioned this research in glowing terms. 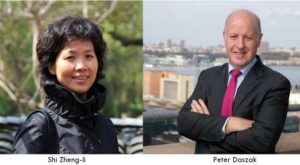 Wade also uses these public records to draw information that Shi had been conducting her research in BSL2 and BSL3 laboratories. While WIV has a BSL4 laboratory, which has the highest number of safety precautions, a visit by Beijing officials previously expressed concern about its shortage of appropriately trained technicians. “Before 2020, the rules followed by virologists in China and elsewhere required that experiments with the SARS1 and MERS viruses be conducted in BSL3 conditions. But all other bat coronaviruses could be studied in BSL2, the next level down. BSL2 requires taking fairly minimal safety precautions. Yet, a gain-of-function experiment conducted in BSL2 might produce an agent more infectious than either SARS1 or MERS. And if it did, then lab workers would stand a high chance of infection, especially if unvaccinated,” Wade writes.

Historically, such virus experiments have been escaping from labs. The smallpox virus escaped three times from labs in England in the 1960s and 1970s, causing 80 cases and 3 deaths. The SARS1 virus has proved a true escape artist, leaking from laboratories in Singapore, Taiwan, and no less than four times from the Chinese National Institute of Virology in Beijing.

Researchers led by Alina Chan of the Broad Institute compared SARS2 with late-stage SARS1, which by then was well adapted to human cells, and found that the two viruses were similarly well adapted. “By the time SARS-CoV-2 was first detected in late 2019, it was already pre-adapted to human transmission to an extent similar to late epidemic SARS-CoV,” they wrote.

I’ve come to believe that it was an accident. A virus spent some time in a laboratory and eventually got out, says an eminent American writer, Nicholas Baker. “SARS-CoV-2, the virus that causes COVID-19, began its existence inside a bat, then it learned how to infect people in a claustrophobic mine shaft, and then it was made more infectious in one or more laboratories, perhaps as part of a scientist’s well-intentioned but risky effort to create a broad-spectrum vaccine. SARS-2 was not designed as a biological weapon. But it was, I think, designed,” he writes.

The director of WIV, Yuan Zhiming has denied all allegations. In an interview with Chinese state media, Zhiming said that none of his staff had been infected, and the “whole institute is carrying out research in different areas related to the coronavirus.” However, comments by Nicholas Wade, a highly influential scientist, have kickstarted a new wave of questions. In May, a group of international scientists from Europe, the USA, Japan, and Australia issued an open letter demanding fresh investigations into the origins of SARS-CoV-2, while scrutinizing the WHO report.