The North African Sharptooth catfish is one such species that was illegally introduced in India for aquaculture purposes. 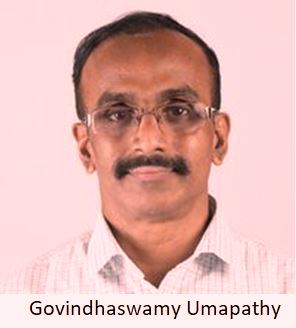 impacting ecosystem services, human livelihood, economy, and health. The North African Sharptooth catfish is one such species that was illegally introduced in India for aquaculture purposes. Now the species has invaded most freshwater ecosystems.

“The ecological damage is staggering that the Indian government has eventually banned this species from culturing and selling. Yet the control and management of this species is an uphill task, which requires the primary task of detecting the presence of this species in waterbodies and mapping its distribution,” said Govindhaswamy Umapathy, Senior Principal Scientist of Centre for Cellular and Molecular Biology (CSIR-CCMB).

While the conventional methods to detect invasive species, like using nets, traps, and visual observations, are cumbersome, the researchers from CCMB now have developed Environmental DNA (eDNA)-based molecular methods that provide a time and cost-effective alternative.

eDNA is defined as“genetic material obtained directly from environmental samples (soil, sediment, water, etc.) without any obvious signs of the biological source material.” It is an efficient, non-invasive and easy-to-standardise sampling approach. eDNA can be obtained from ancient and modern environments. Coupled with sensitive, cost-efficient and ever-advancing DNA sequencing technology, the technique is increasingly being used for biodiversity monitoring.

“Our lab has designed a molecular assay utilising eDNA to specifically detect this invasive catfish in Indian ecosystems, which is affordable and quick, and will be a very useful tool in conservation management”, Dr Umapathy said.

Dr Umapathy hoped that the pilot study would serve as a foundation to map the distribution of invasive Clarias gariepinus and also as a useful tool to inform management authorities for timely control and regular monitoring of this species.

The step-by-step processes involved in the design and optimisation of the assay were field-tested in selected water bodies of Hyderabad city and around. The present workflow can be used to design assays to detect a wide range of aquatic species.

The research study has been published in Biological Invasions.

Some great benefits of an Online Data Room