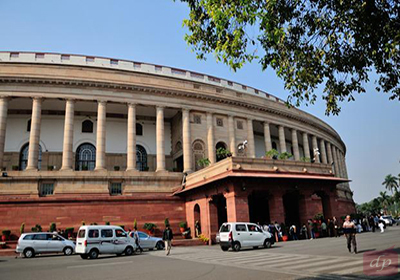 While the West has come together in support of the Time’s Up campaign, New Delhi’s Chief of Women’s Commission’s #RapeRokko movement still struggles to reach out to the higher authorities for stringent actions against the culprits in the wake of a rape of an eight-month-old baby in the national capital last month. Our country’s record in women’s safety is abysmal, to say the least. Atrocities against women in the form of acid attack, rape, female infanticide, dowry death etc., are rising with each passing day. But the wafer-thin 11.8 percent representation of women is not enough in the parliament to take these issues by the horn. What does India need to get more women to represent 49 percent of female population of our democracy?

Women’s Reservation Bill, a progressive initiative that seeks to transform the structure of representative democracy, is still biting the dust, weak and weary beneath the weight of ceaseless contentions. Now, it is important to understand the reasons behind these political contentions. Are the concerns so grave that they outweigh the critical importance of such a legislation or are they mere representations of their underlying reluctance to share power with the women? A lack of honest political will?

The bill was introduced by the UPA government in 2008. It was passed in the Rajya Sabha, but the Lok Sabha hadn’t voted on it and therefore it lapsed after the Congress-led UPA government lost power in 2014.

When Narendra Modi government came to power in 2014, the passing of the Women Reservation’s Bill was high on the priority list. Stepping into power with 25 percent women ministers in the cabinet, the Modi government showed a lot of promise. Speaking on the motion of thanks to the Presidential address then, Sushma Swaraj called the women’s bill a “milestone legislation” that their women- friendly government would soon pass. Four years into power and we still wait for them to fulfil the promise. What stops a government with such a strong majority in the lower house from passing the bill in its true spirit?

“The Bill seems to have run out of steam after 22 years of waiting in the wings of parliament, having to be content with the occasional lip service paid to it by one political leader or the other. It’s interesting and revealing that while several states have increased reservation for women from 33 percent to 50 percent at the Panchayat level, there is still widespread and evidently insurmountable resistance to reservation at higher levels of political representation.”
Senior journalist, author Ammu Joseph

The political musical chairs continued with Sonia Gandhi writing a letter to Modi in 2017, urging him to pass the bill because his government has such a strong majority in the parliament. Ironically, despite being in power for two terms themselves, the Congress could not pass the bill on its own strength. And now they have come to such a position where they need to write letters to Modi to do what they failed to do. Is it just to show their government in a better light after the defeat? Another political gimmick stripped of any sincerity? Moreover, such instances depict how deeply the claws of patriarchy are set in our political fabric. So deep that despite such strong female leadership in both the major political parties, the bill still lies in a limbo for decades. The women have failed to assert their political agency, to come together to further their very own cause.

Passing of the Women’s Reservation Bill would be a major step in the direction of recognizing and strengthening women’s agency for building a progressive society with equal opportunities among all citizens, as enshrined in our Constitution.

The current text may have caveats but with just one woman in every
10 male parliamentarians, the gender imbalance at state and central level is too
stark to risk further confrontations on a revised bill.

The biggest impediment in passing the bill has been the issue of sub quota within the reservation. Those supporting the interest of lower caste groups and minorities argue that general quota for women would eat into the share of other minority groups such as Muslims and OBCs and infringe on existing quotas of SCs and STs. Given the urgency of getting the bills passed, this issue of sub representation can be dealt in consequent amendments. These concerns are reasonable but stalling the bill at their cost is not a feasible outlook in current circumstances.

The latest edition of Economic Survey prepared by Chief Economic Adviser Arvind Subramanian noted that “between 2010 and 2017 women’s share rose 1 percent point in its lower house.” This lack of participation can be traced to poor access to education, health and employment, which is directly linked with women’s ability to create space for themselves in politics and development.

Women’s consciousness of their political rights is another critical element for their individual and collective agency. Political consciousness through building transformative communities is the sustainable way to transform politics and development. Triple roles of women in productive, reproductive and community management spheres must inform the efforts for creating supportive environment for women’s political participation. It is only through keeping these factors in mind along with the expedient passage of the Women’s Representation Bill can our nation can progress in the direction of fair, equitable and sustainable development.

The writer is a public policy researcher and currently pursuing Law from Faculty of Law, Delhi University. She can be reached on twitter @anahita_mehra

Give our Queens of Jhansi a chance