Honourable Apex Court Must Introspect, Not Blame Others

The Executive and Legislative organs of government are questioned by people every five years or before that as they are democratically elected.

While delivering a lecture in Siddhartha College, Vijayawada, the Chief Justice of India (CJI) Justice 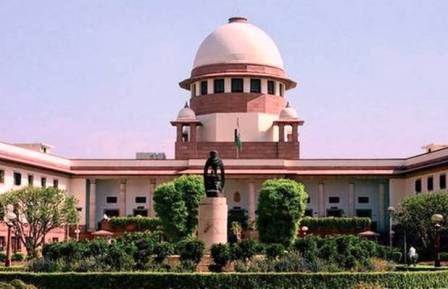 N. V. Ramana said, among other things, as reported in media, that I quote, “A popular majority is not a defence for arbitrary actions taken by a government. Every action is mandatorily required to comply with the Constitution. If the judiciary does not have the power of judicial review, then the functioning of democracy in this country would be unthinkable.” Going further over the issue, he added, “This concept only protects bona fide and legitimate actions. It is required that the Legislative and Executive wings recognize their limits under the Constitution to ensure smooth working of democracy.”

Justice Ramana alleged that “judicial review is often branded as judicial overreach” and clarified “such generalizations are misguided.” And as per him, that I quote, “The Constitution created three co-equal organs – Legislature, Executive and Judiciary.” But, here, my question is ‘how they are co-equal?’ Is the judiciary elected ‘by the people’ when democracy is popularly defined as “of the people, by the people and for the people?” Framers of the Indian Constitution, mostly educated in West and referred/quoted largely Western Constitutions while drafting Indian Constitution, had not got provision for judiciary selecting itself. Only in India, Judiciary selects itself after Second Judge Case – 1993, a lateral entry through judiciary fiat while most of the amendments in the Indian Constitution made through democratically elected people’s representatives in the Parliament.

Defending the Collegium system, CJI said, “It is now-a-days (note: mention of ‘now-a-days’) fashionable to claim judges are themselves appointing judges”, and criticised the same saying, “I consider this to be one of the widely propagated myths.” He explained “the judiciary is just one layer in the selection processes” and went on criticizing “The well-informed also propagate that notion. After all, this narrative suits certain sections.” CJI says Judiciary is just one layer in the selection process. But, how that is so when other layers’ opinions are overruled by Collegium in many cases?

Here, I would like to bring to the notice of the honorable learned jurisprudent what Justice J. S. Verma, former CJI, drafter of Second and Third Judge cases in 1993 and 1998, respectively, and a respected jurist and influential judge India has ever had, who introduced Collegium System in 1993 and strengthened the same in 1998, said over his hard laboured judiciary reform later on in 2009 against the backdrop of controversy over Collegium recommendation to elevate the Karnataka High Court chief justice P. D. Dinakaran to Supreme Court, that I quote, “The Collegium system is not working properly” and suggested the immediate setting up of an independent national commission empowered to appoint judges in HCs and SC.

Even several eminent jurists decade back were having the same or relatively matching opinions. So where stands CJI Ramana’s “It is now-a-days fashionable to claim judges are themselves appointing judges”, “widely propagated myths” and “this narratives suits certain sections”?

Here find what other equally eminent jurists said over the vexed issue: Delivering the keynote address in Dr. Kailas Nath Katju Memorial Lecture 2009 in the presence of Justice Verma, on appointment of judges, senior lawyer Fali S. Nariman said he regretted winning the Second Judges Case, through which the SC took upon itself the task of clearing appointments to the higher judiciary. Going further, he said, “There are too much ad hocism and no established process of selection for recommendation.” Former Speaker of Lok Sabha, CPI (M) MP for several terms and a senior lawyer of repute, Mr Somnath Chatterjee opined, “The Collegium system with primacy in the matter of appointment of judges is a bad thing. The Executive must have a role in the appointment process.” Referring to the cash-at-HC-judge’s-doorstep scam, Mr. Chatterjee lamented he could not understand why nobody was punished. Even former CJI Justice K. G. Balakrishnan, despite having mounting evidence of corruption charges against him and his family and suggestion of Justice J. S. Verma to vacate the position to uphold judicial reputation, he did not resigned from the post of chairperson of the National Human Rights Commission (NHRC).

Senior lawyer and present Attorney General, K. K. Venugopal then said, “It is important for the government to have an independent National Judicial Commission (NJC) which should include the Leader of the Opposition and certain eminent jurists who are not members of the Bar. This would help in removing the inordinate delay in appointments. The Supreme Court Bar Association has already passed a resolution accepting the provisions of the Constitution 67th Amendment Bill, which provides for the setting up of the NJC.”

CJI Ramana also criticised media campaigns against judges if parties don’t get a favourable order and alleged, “These attacks appear to be sponsored and synchronized.” The Supreme Court intervened over the issue of Farm Laws which were made to reform the farm sector in which not less than 50 per cent of country’s population is involved, while the sector’s contribution to economy (GDP) is just about 15 per cent. Good, and nobody disputed the intervention. The apex court kept on hold the implementation of the laws and appointed a committee comprising eminent agro-economists and representatives from agitating farmers unions on 11 January 2021 to study the laws and place its recommendation before the honourable court. The Farm Unions did not comply with their representative, yet the honourable SC did not pass any stricture against the disobedient like it used to do over several other issues including what we had seen for example during second wave of COVID-19. The committee placed before SC its recommendation in a sealed cover on 19 March 2021. Where is the follow up? The Farm Laws were made keeping in mind the welfare of the entire farmers’ population of the country, not for farmers of two and half states who were openly getting supports from inimical elements from abroad, politicians with electoral objectives in view of ensuing elections in states such as Punjab and Uttar Pradesh, and professional agitators with dubious credentials on secularism.

In 2014, an eminent practicing lawyer and former Solicitor General of India, Mr. Harish Salve had opined that after a gap of several decades a government with absolute majority might have been elected, but it would not be allowed to function by power mafia which might not hesitate to use judiciary to sabotage people’s verdict.

Going further, nobody should forget that the Executive and Legislative organs of government are questioned by people every five years or before that as they are democratically elected. The democratically elected Constituent Assembly had got the Constitution of India. And therefore, it should remain the responsibility of the democratically elected Legislature and Executive to have primacy over any change in the Constitution. Yes, do agree that judicial review is the primacy of Judiciary, but not overreach. Judiciary can do judicial review well as they do not fear religion, caste, sect, region, language, and also implication on their profession for their judgement like politicians in Executive and Legislature have. Judiciary is supposed to have eminent legal luminaries unlike Executive and Legislature. Any encroachment of undesirable elements in Judiciary will continue to be resented. Indians, who now celebrate the nation’s Azadi Ka Amrit Mahotsav, certainly don’t deserve to hear the news that their one retired Supreme Court judge and one retired High Court judge give witness in favour of a fugitive and for that get scolded by London District judge. How could the Collegium select such elements to Apex Court benches? Whichever institution is responsible for such elements’ elevation to higher judiciary, they should not be spared. Enough is enough.

Death of Tigers during the Year 2021