India is Nearing to Joining the League of Top 10 in Biotech: PM 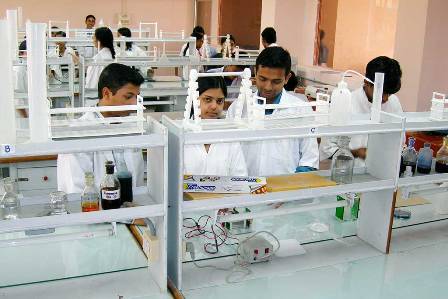 Pragati Maidan recently, Prime Minister Narendra Modi expressed confidence that India was on the verge of becoming part of the top 10 countries in biotechnology. “India’s bio-economy has grown eight times in the last eight years. We have grown from $10 billion to $80 billion. India is not too far off from reaching the league of top-10 countries in Biotech’s global ecosystem”, he said.

Observing that the reputation of Indian professionals on the global stage was proliferating, particularly in recent years, the Prime Minister said – “Trust in the skill and innovation of our IT professionals in the world is at new heights. This same trust and reputation, this decade, we are seeing happening for the biotech sector of India and the bio professionals of India.”

He noted that there were five big reasons why India is being considered a land of opportunities in the field of biotech: diverse population and diverse climatic zones; India’s talented human capital pool; increasing efforts for improving the ease of doing business in India; the steady increase in the demand for biotech products; and the successful track record of India’s biotech sector.

The Prime Minister emphasised that the government worked tirelessly to improve the potential and power of the Indian economy and said, that there is stress on the ‘whole of the government approach, and the mantra of `SabkaSaath-SabkaVikas’ is applied in all the different sectors.

This, he said, has resulted in a reversal of the scene when few selected sectors were focused upon, and others were left to fend for themselves. Today, every sector is giving impetus to the development of the country. Every sector’s ‘Saath’ and every sector’s ‘Vikas’ is the need of the hour.

In the biotech sector, for instance, unprecedented steps are being taken which are clearly manifested in the start-up ecosystem. “In the last eight years, the number of start-ups in our country has increased from a few hundred to seventy thousand. These seventy thousand start-ups are in about 60 different industries. More than 05 thousand of them are associated with biotech”, the Prime Minister informed.

Further talking about the shift of talent towards the sector, he said the number of investors in the biotech sector has risen by nine times, and biotech incubators and funding for them has increased by seven times. The number of biotech incubators has risen from six in 2014 to seventy-five. Biotech products have increased from 10 to more than 700 today”, he informed.

The Prime Minister said the government is encouraging a culture of providing new enabling interfaces to transcend the government-centric approach. Platforms like BIRAC are being strengthened and many other sectors are seeing this approach. He gave the examples of Startup India for start-ups in general, IN-SPACe for the space sector, iDEX for the defence start-ups, India Semiconductor Mission for semiconductors, and Smart India Hackathons for encouraging innovations among the youth.

“Inculcating the spirit of `SabkaPrayas’, the government, through new institutions is bringing together the industry’s best minds on a single platform. The country gets new breakthroughs from research and academia, the industry helps in what is a real-world view, and the government provides the necessary policy environment and necessary infrastructure”, the Prime Minister elaborated.

Union Ministers, Piyush Goyal, and Dharmendra Pradhan were present on the occasion along with various stakeholders of biotech sectors from experts, to SMEs and investors.