India’s IPR Policy for Academic Institutions: A Boon or Bane?

The policy of government of not granting ‘product patent’ for pharmaceutical technology was a determining step, which helped India emerge as a world leader in producing generic medicines before 2005. The draft model guidelines are diametrically opposite to this philosophy, as they threaten to turn back the lead that Indian generic manufacturers have taken over the years.

The Government of India made an attempt to shift the nature of public-funded research from ‘social sector model’ to ‘market-driven model’ in 2008 by introducing a Bill more or less identical to the present Draft Model Guidelines on Implementation of IPR Policy for Academic Institutions. However, the attempt could not crystallise into a parliamentary Act because of severe criticism from different stakeholders. The government later withdrew the Bill titled “The Protection and Utilisation of Public Funded Intellectual Property Bill, 2008” from Rajya Sabha in December 2014. The present draft guideline, in the form of executive instructions, is an attempt not to fall under the legislative scrutiny to bring fundamental change for the Indian public-funded academic institutions and their research ecosystem.

The idea propelling the guidelines is that this fee will help academic institution become financially self-sustainable. 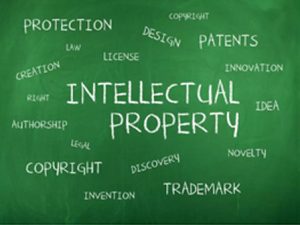 The proposal is an alarming idea for the health of pharmaceutical industry because of two prime reasons. Firstly, a direct implication of the implementation of modal guidelines will be a spike in the cost of medicines, which are developed from the technology sourced from academic institution. The companies will transfer the cost of license fees to the public which will have to pay for the same technology twice. First, in the form of taxes which lead to the development of the technology, and second, as additional cost paid to the company while buying the technology. Secondly, patenting of technology, which had hitherto been in the public domain, would lead to stifling of competition in the market. Technology in public domain has been available for everyone’s use and no rider can be placed on them. Whereas, in the case of exclusive licensing, all the competitors are blocked from using the technology and a virtual monopoly is created. Non-exclusive licensing ensures greater access to the results of public-funded research, but even in that case, the level of competition is not comparable to the case of technology placed in public domain.

For instance, the ill effects of patenting and licensing of public-funded research is that of anti-retroviral drug Zerit (stavudine). In 1980s Dr Tai Shun Lin and Dr William Prussov of Yale University developed stavudine and it was licensed to Bristol Myers Squibb (BMS). The drug was highly effective in treating HIV/AIDS, but the price charged by licensee was exorbitant which made the drug unaffordable in countries like South Africa. It was only after extensive lobbying by South Africa the patent holder agreed to not enforce its patent in the country. This shows what is precisely wrong with licensing public-funded pharmaceutical technology. Patenting gives control, to some extent, over the amount of revenue generated for patentee by way of license, but it does not ensure benefit of the technology for the public.

Furthermore, the draft model guidelines have the potential to fundamentally alter the landscape of research carried out at public-funded academic research institutions. It has been pointed out in numerous studies that commercialisation of IPR through royalties can tilt the area and focus of research in favour of the market-driven rather than the social sector models. It is so because the former guarantees better financial incentives to the inventor. To put it simply, it has the potential to drive research away from neglected diseases like Malaria, Cholera, Tuberculosis, and Jaundice, which are high on the preference of the governments. Traditionally, this concern has not been shared by pharmaceutical companies, which have been reluctant to invest in R&D for neglected diseases.

Also Read : Covid 19 And Toilet Use In India Why Continued Attention Is Needed

Private pharmaceutical companies will certainly prefer paying for that technology, which can yield higher revenues instead of medicines meant for poor and downtrodden.

The draft model guidelines have adopted a very callous approach by giving the responsibility completely to the academic institutions to negotiate the terms of license. It is desired that certain mandatory clauses be included which incorporate the concepts like ‘socially responsible licensing’, wherein a drug manufacturer can develop and distribute the patented technology in India and other developing countries on not-for-profit basis. Another clause that needs to mandatorily included in license agreement is ‘affordable pricing clause’ under which licensee would be necessarily bound by the prices determined by pharmaceutical regulator the Central Drugs Standard Control Organization (CDSCO).

The draft model guidelines have the potential to distort the dynamics of Indian pharmaceutical industry. The policy of government of not granting ‘product patent’ for pharmaceutical technology was a determining step, which helped India emerge as a world leader in producing generic medicines before 2005. The guidelines are diametrically opposite to this philosophy, as they threaten to turn back the lead that Indian generic manufacturers have taken over the years.