Maritime includes not only the naval defence policy of the nation, but the commercial shipping as well. 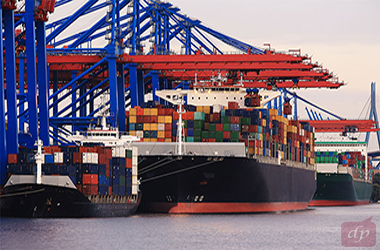 As per the United Nations Conference on Trade and Development (UNCTAD) Review of Maritime Transport 2016 (UN 2016), 70 percent by value of the global trade and 80 percent by volume is transported by the sea. Due to this, it is well known that in the 21st century, trade, particularly the maritime, will be the ruling element in deciding the next world power. This fact is not concealed from the fastest developing economy like India and the developed country like France which is trying to maintain its status quo with the largest exclusive economic zone in the world. With the dragon spreading its wing in the South China Sea and already reclaiming most of it with its signature nine dash lines, both India and France know that it is just the glimpse of the storm brewing on the skyline.

Its major focus is to control the commercial shipping which includes the likes of ultra large crude carriers to off shore platforms to small fishing boats. Likewise, its advent in the western Indian Ocean and Arctic Sea can directly be related to the above-noted elements. Thus, Indo-France’s inter-reliable friendship profits both.

The betterment of ties and the pace gained in maritime
partnership since the inception of the Modi government can be seen as
‘look west’ and ‘act east’ policy of the regime.

This west very much includes the West Indian Ocean where China has established its very first military base in Djibouti. This again should not primarily be seen as the show of power and authority by the new great power, but the motive of controlling the commercial trade and exploration of deep oil and mineral deposits in the area.

So as not to lag behind and let China make most use of freedom of navigation in high seas, the new bond between India and France is coming into being. France’s uneasiness and India’s insecurity to one belt-one road shows the role that trade is playing in the world politics at this point of time, and if the trade is maritime, then undoubtedly the alarm bell rings.

By producing the choke points in the name of port development in Sri Lanka, Pakistan and Africa, China is not only eyeing the military benefit, but also maritime trade seclusion of its rivals. Indo-French ties are very much in its making to not only restricting the expansionist tendency of their counterparts, but also to utilise the rich maritime wealth to its fullest.

The new Indo-France ties not only goes beyond
the seas, but also eyes at a strong maritime trade partnership.

The warming up of maritime ties between India and France should be seen more like exercising free and fair freedom of navigation and right to exploit rich mineral and hydrocarbon resources in high seas. India’s involvement in South China Sea can directly be related to the above-mentioned economic reasons. This can be adjudged by the fact that ONGC has acquired new blocks in the EEZ of Vietnam which is claimed by the China under its nine-dash line. India, in order to avoid confrontation with China earlier, withdrew its tender claiming that the region lacked Hydrocarbons. However, after persuaded by Vietnam it again opened the block ten years later.

As for France, it also doesn’t want its exploration rights to be compromised by the Chinese claims over the sea. Thus, for the first time, France has announced its intention of coordinating the navies of fellow European Union nations to conduct Freedom of Navigation Operations or FONOPs in South China Sea. By building up naval ties with India, France is increasing its reach in the regions where it has weaker presence.

Along with this, piracy is another crucial area which requires active cooperation from different naval forces. By developing ties, India and French navy can actively collaborate in this area. Although with conventions like SUA already in force and Djibouti convention soon to come into existence, there have been some attempts to curb the menace of piracy, though with little success. Due to this, there has been an increase in naval presence of various navies in the region and further increase in naval cooperation. Anti-Piracy patrolling/combat in the Somali region can also be seen as a show of might by the naval forces. Thus, there can be seen an increase of naval drills and combined combat operations by the collaborating navies. This is one of the maritime sectors which has seen an increase in cooperation between Indian and France as none want to be left out of the picture.

Therefore, the building of ties between India and France will not only consolidate their reach to far and wider oceans, but will also help them to stamp their presence in the international maritime trade. Alongside, collaboration in the maritime field will assist them to explore the rich mineral and hydrocarbon deposits in the high seas. Finally, patrolling and joint drills in the courtyard of China will assist them to keep the dragon under check and keep reminding its obligations under UNCLOS and Freedom of Navigation.