MeitY Invites Comments from Stakeholders on Amendment to ‘IT Rules’

The Ministry shall also hold a consultation on the proposed amendment to rule 3(1)(b)(v) of the IT Rules with stakeholders on 24th January 2023. 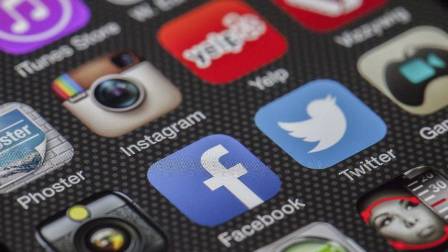 In pursuance of the Government’s commitment to ensure an Open, Safe, Trusted and Accountable Internet for citizens (Digital Nagriks), the Ministry of Electronics and Information Technology (MeitY) has invited comments from stakeholders. The general public on the amendment proposed to rule 3(1)(b)(v) of the Information Technology (Intermediary Guidelines and Digital Media Ethics Code) Rules, 2021 (“IT Rules”) concerning obligations of social media and other intermediaries regarding sharing of information which is patently false and untrue or misleading in nature.

Earlier, the Ministry had notified the IT Rules, 2021 to provide that social media and other intermediaries shall observe due diligence by making reasonable efforts to cause their users not to host, display, upload, modify, publish, transmit, store, update or share the information which is patently false and untrue or misleading in nature. Under the proposed amendment, the due diligence by intermediaries shall include making such efforts not to upload, publish, transmit or share information identified as fake or false by the Fact Check Unit of the Press Information Bureau (https://factcheck.pib.gov.in/ and Twitter handle @PIBFactcheck), which takes cognizance of fake information both suo motu and by way of queries sent by citizens on its portal or through e-mail and WhatsApp and responds with correct information when the same pertains to the Government. In addition, it will also cover information related to government business and identified by the Department concerned as false. The rules also, in addition, mention other agencies that may be included in the list of authorised agencies for such fact-checking in future by the Government.

The Minister of State for Electronics and Information Technology, Shri Rajeev Chandrasekhar, said, “The draft amendments to IT Rules are in pursuance of our commitment to an Open, Safe & Trusted and Accountable Internet. We have circulated amendments for consultation with stakeholders. As is the practice meticulously followed by Govt these amendments will also be put through open consultations – to reflect, discuss and deliberate on these amendments or any other such effective means through which we can prevent misinformation / patently wrong information circulated on the Internet by State/Non-State actors.”

The Ministry shall also hold a consultation on the proposed amendment to rule 3(1)(b)(v) of the IT Rules with stakeholders on 24th January 2023.

Comments and suggestions on both the said amendments are also invited from the public by 25th January 2023 and can be submitted through the MyGov platform: