My name is Sanju, and I’m not a terrorist

Raju Hirani’s biopic of Bollywood’s dada paints a picture, but a different one. 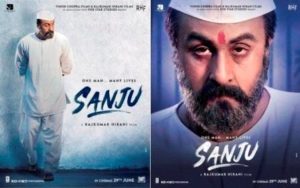 he much awaited Sanju begins with Sanjay Dutt grappling with a biographer who reads an excerpt which draws parallels with Mahatma Gandhi and him. For a moment your heart is in your mouth. Thankfully you are saved with Sanju saying that he wants someone to document his life in all honesty. Essentially, this would mean the truth and nothing but the truth. And that is what we are set to expect.

For Raju Hirani, and Abhijat Joshi, this is the trope used to set the story. They use this as a precursor to throw Sanjay Dutt and the cherry picked parts of his life in a different light, as pictured in the film. These parts, each, have a villain. Drugs, terrorism and media are the villains that have plagued Sanjay Dutt’s life. And the man unfortunately falls prey to them due to nothing other than circumstance.  With such high tension villains toying with dear life, the bar is set high. And the possibilities of the story’s narrative are endless. But the combination we get is not what one would ever think of.

“The duos earlier films deal with socially heavy subjects in a simplistic manner. That bug bites this film too, where the twisted nature of Sanjay Dutt’s life is told to us as a story of a good man who was led on a misguided tour of life. The story possesses fatherly guidance, selfless friendship and heart wrenching love, all favourite featurettes of a great Raju Hirani movie. But this waters down the film to a feel good-happy ending story rather than the reality of a flawed, complex human being. The honesty seems to ride the pillion while the charms of the things little and surreal drive the story.” 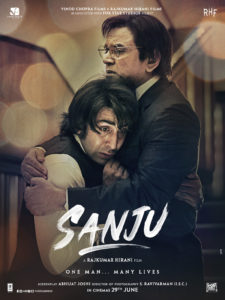 From a biography of a complex and controversial star, the movie slowly turns to be a telling of reclamation of life, again and again. The flawed human is whitewashed to an innocent whose thought and deeds echo goodness. All that happened in between was the doing of the people that used him or the newspapers that tarnished his image. And yet Sanju, despite all his flaws, is nurtured by Sunil Dutt who patiently and dedicatedly works to transforming him into a better human being. At many parts, the story payed homage to the greatness of the human that he was, making it seem like an ode to him over telling the story of Sanjay as and how is.

The attention to detail is laudable. The production design was done well to ensure that every detail in the film is consistent. This is aptly carried by Ravi Varmans cinematography. He has used light amazingly well to give the shots a charm to emotion written for the movie. The background score was good but doesn’t seem to fit like a glove and carry the scenes as they should. It was a dramatic combinations strings and brass that would suit a feel good family drama.

“The performances of the actors were commendable. Ranbir Kapoor is near perfect and steals the show, although there seemed to be that childlike twitch that did not seem to fit the older versions of the character. Paresh Rawal bears the role of the veteran Sunil Dutt and essays the role well. Anushka, Amrita and Sonam come and go with nothing much to notice. Even Manisha Koirala as Nargis Dutt falls a little short of what we would expect. The catch is Vicky Kaushal as Kamli. He was a treat to watch and brings life to the screen as much as Ranbir does.” 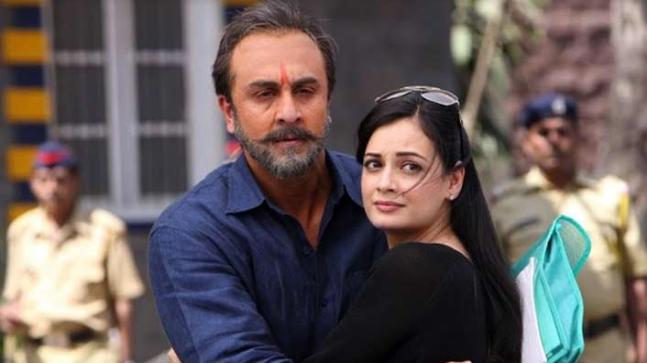 The movie is not blasphemous. It’s a good movie that entertains you without boring. But it certainly lacked the depth and magnitude of documenting the life of a star ridden with controversy, despite taking the most controversial parts of his life unflinchingly. And the whitewashing of dear Sanjay’s da’s image is only evident, if not right in ones face. He most certainly is not a terrorist; the courts have said it too. But Sanju is most certainly not an honest telling of Sanjay Dutt as the character wants us to have it. At the end you are left with Sanju and the life of Sanjay Dutt. You can choose which story you like better for a movie.