There are multiple alternatives to stubble burning, and farmers have a choice between the technologies and machines most suited to their particular local situations with the objective of ‘no burning’.

Farmers, especially farmers from Punjab and Haryana, have shown time and again the least concerns on the issues of air pollution due to the massive stubble burning. They even demand 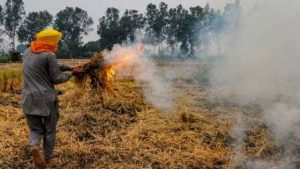 the withdrawal of the recent Ordinance, which was brought by the Modi Government to monitor air quality and prescribing penal provisions for the violators. According to the reports, Punjab has recorded the maximum with 74, 000 incidents of stubble burning this season.

In India, around 2.5 million farmers in the Indo-Gangetic plains grow two crops a year—rice and wheat. Rice is planted in such a manner that its water requirements are duly met from the monsoon rain, and then within a short period of 10 to 20 days, the fields are cleared for growing wheat. A handy way to get rid of the massive pile of grass and hay left behind due to the rice cultivation is to burn them. However, this practice adds to air pollution in entire National Capital Region of Delhi, where the air quality is already one of the worst in the world. Incidentally, stubble burning in the states of Punjab and Haryana in northwest India has been cited as a major cause of air pollution in Delhi .

Each year, in late September and October, farmers primarily in Punjab and Haryana burn an estimated 35 million tonnes  of crop waste from their paddy fields after harvesting as a low-cost method of straw-disposal in order to reduce the turnaround time between the harvesting and sowing for the winter crop. Smoke from such burning produces a cloud of particulates, which are even visible from space and has produced what has been called as a “toxic cloud” in New Delhi, resulting in the declaration of an air-pollution emergency.

Despite all warnings and fines, the problem of stubble burning continues to be menace for the environment and the general well-being of the people in the vicinity.

Solutions to the Problem

Estimates show that 15-20 million tonnes of paddy stubble burnt in Punjab, Haryana and parts of Uttar Pradesh emit PM2.5 that is 4-5 times more than the annual PM2.5 emissions from all the vehicles. In addition to its deleterious effects on air quality, stubble burning also affects the soil fertility (by destroying its nutrients), economic development in general and climate. If managed properly, the crop stubbles can provide immense economic benefits to the farmers and simultaneously protect the environment from the severe pollution,making it all the more imperative to deal with this issue of stubble burning.

While burning is the easiest and cheapest method (economically) there are other, less harmful ways of clearing agricultural fields.

One possible alternative is the Pusa bio-decomposer, developed by the scientists at the Indian Agricultural Research Institute, which can turn crop residue to manure in 15-20 days by accelerating its decomposition process. Another machine is the paddy straw chopper-cum-spreader – to chop paddy straw left behind on the mechanically harvested paddy fields. It chops the straw into tiny pieces and spreads it around the field in one operation, so wheat-sowing becomes easier. It is a mounted-type machine and can be operated by a tractor having a power of 45-50 HP or more.

Research shows that Happy Seeder—a machine that can sow wheat in the presence of rice straw—is not only profitable for farmers, but can also help the environment and is a viable alternative to the conventional tillage. Researchers have found that the use of Happy Seeder reduced the agricultural greenhouse emissions per hectare by 78 per cent or more relative to the burn options. For each hectare, the farming options considered that do not include any burning, showed a lower contribution to the air pollution. Such practices can also reduce agriculture’s contributions to India’s greenhouse gas emissions and contribute to a general well-being in terms of health by reducing air pollution. However, the harsh reality is that not all farmers currently have the access to an equipment like the Happy Seeder. The Happy Seeder is also not affordable for everyone, and there needs to be renting options available for these machines. A greater investment is very much required in the manufacturing of these machines. The researchers suggest that both the government and the private sector can play an active role in spreading the 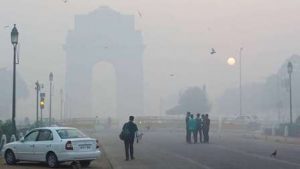 adoption of no-burn practices. Currently, even though the government provides a significant subsidy to the farmers for purchasing such machines to manage crop residue, more needs to be done. The private sector mustalso invest in the manufacturing of farm equipment that helps no-burn farming locally and increasing the rental availability of the Happy Seeders, which can help with managing the forces of demand and supply.  If farmers continue to refuse the use of available alternatives to crop burning, then penalties should kick in.

Scientists at the National Centre for Organic Farming have developed a ‘Waste Decomposer’ solution invented with effective microorganisms that propel in-situ composting of the crop residue.This is done by spraying the preparation on the post-harvest stalks of crop plants and leaving it for a month. The waste decomposer comes in a small bottle that can be easily distributed to the farmers at a measly price of Rs 20.

This solution can decompose over 10,000 metric tonnes of biowaste in just 30 days. This can also be used in foliar spray and via drip irrigation.

In the long term, another effective way to reduce stubble burning is to replace long-duration paddy varieties with shorter duration varieties like Pusa Basmati-1509 and PR-126. These can be harvested in the third week of September itself, which will widen the window between the end of the rice season and start of the wheat season, thereby allowing enough time for the paddy stubble to decompose, ultimately eliminating the need for stubble-burning.

Farmers often resort to burning the stubble as it is an easy and cost-effective method to do so. Also, they despise paying an additional charge for hiring combine harvesters in order to remove the stubble. However, the ancillary costs are significant, given that stubble burning makes the soil less fertile and pushes farmers into using more fertilisers, water and power for the same area. The government should, therefore, price these inputs appropriately so that farmers internalise some of the cost of burning crop stubble. There are multiple alternatives to stubble burning as mentioned above, and farmers have a choice between the technologies and machines most suited to their particular local situations, with the objective of ‘no burning’. The government, however, must play the part of an enabler by spreading awareness in all regions of the country about the pros and cons of each option, in order to eliminate confusion and ease the adoption of these new technologies by removing all socio-economic barriers.

The writer, a public policy researcher, is a law student at Institute of Law, Nirma University, Ahmedabad.