Reforms for Productive Agriculture: Need of the Hour

There is need to formulate a proper plan to make agriculture more productive or profitable and also generating of additional jobs in non-farm sectors in rural areas by setting up rural-based industries and other infrastructure.

Indian agricultural sector contributes significantly to the country’s economy and meets major portion of domestic and global demand for agricultural products. However, its contribution to 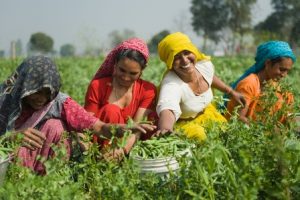 The agriculture sector has passed through several phases of growth since Independence. During 1950-51 to 1964-65, the slow growth was guided by expansion of net area under cultivation, while during 1965-66 to 1984-85 growth in productivity with increasing practice of multiple cropping was reflected and thereafter the growth has been manifested in the practice of cropping pattern changes. During the Third Five-Year Plan, special emphasis was given for the improvement in agriculture and to attain self-sufficiency in the foodgrain production followed by commercialisation of agriculture. The sector experienced significant growth rate in production and productivity between mid-1960s and 1980s, with the adoption of ‘Green Revolution’ technology through the application of irrigation-intensive and fertiliser-responsive high yielding varieties (HYVs), farm mechanisation and use of agrochemicals including synthetic fertilisers and pesticides. This transformed Indian agriculture from being a food importer to a net food exporter and today the country stands among the top 15 exporters of agricultural products in the world with total value of agricultural exports of 38.2 billion dollar.

Agriculture sector has an important role in Indian economy as it is the highest employment provider, addresses malnutrition problem and provides food security. Still now, over two-third of population is directly and indirectly dependent on agriculture and its allied activities. The sector shares 42 per cent of the employment in the country. Agriculture in the country helps augmenting economic growth as agriculture growth of 4 per cent is expected to add at least 1 percentage point to the increase in GDP, increase export and improve overall trade deficit. Realising the importance of agriculture in the improvement of socio-economic conditions, the government has also set an agenda of doubling the farmers’ income in next few years.

The most interesting part of on-going pandemic COVID-19 is that, where almost all the sectors have been facing severe crisis, agriculture being the essential activities is relatively less affected. This clearly displays the importance of farm sector in the country.

However, the significance of agriculture in the economy has been deteriorating particularly after 1980s. Its growth has been either stagnated or declined steadily in its contribution in GDP. The sector today is characterised by low productivity and underemployment, which means agriculture has far too many people engaged compared to its contribution in the national income. It contributes only 13 percent of the national GDP in 2019 as compared to 42 percent in 1960s, but still have primary source of livelihood for over 44 per cent of the people.

With the continuous growth of population in the country and breakdown of the joint family system, there has occurred continuous sub-division of agricultural land into smaller and smaller plots. At times small farmers are forced to sell a portion of their land to repay their debt, which creates further sub-division of land. Sub-division, in its turn, leads to fragmentation of holdings when the size of holdings become smaller and smaller, cultivation becomes uneconomic. From an average of 2.7 hectares in 1970, India’s farms have become progressively more fragmented, with the latest Agriculture Census 2015–16 showing that India’s average farm size is now barely 1 hectare. Nearly 85 per cent of the agriculture land holdings are small and marginal (less than 2 hectare) today. Small landholdings have constrained mechanisation, technology adoption, and economies of scale do not accrue at such levels of landholding

Depletion of Soil and Water Health

The continued practice of high-yielding intensive agriculture has put an extreme pressure on soil health reflected by the continuous depletion of soil fertility. Due to selective subsidy scheme in the form of Nutrient Based Subsidy (NBS) only for phosphatic and potassic (P & K) fertilisers, there has been an overuse of these fertilisers. This has led to the problem of nutrient mining in Indian soil, impacting soil health over time. Inadequate, imbalanced and inefficient use of synthetic fertilisers with lack of use of organic sources of plant nutrients has given rise to multi-nutrient deficiencies. Similarly, the steeply plunging water-table in most of the irrigated areas and deteriorating water quality due to leaching of salts and other pollutants is a major concern. Increasing level of fluoride and nitrate pollution are adversely affecting groundwater quality and yields across the places.

The declining farmers’ income is largely on account of low average crop yield and poor price realization. National Sample Survey Office’s (NSSO) surveys on farm incomes for 2002–03 and 2012–13 showed that farmers’ real incomes grew only by 3.6 per cent per annum during this period. Government announces Minimum Support Price (MSP) for crops and revisesit time to time, but that is not at par with the rise in cost of farming. However, the government procurement does not reach maximum small marginal farmers, and they are forced to sell their produce at much lower prices due to the exploitation by the middlemen. Therefore, in the absence of effective market interventions, infrastructure, backward and forward linkages, farmers are unable to recover the cost of production. It may be important to note that where levels of incomes are low and agriculture productivity much below the frontier (like in UP, Bihar, Odisha, Jharkhand, etc), it is easier to increase growth rates significantly.

One of the main reasons of low income of farmers is the difficulty in marketing their produce. Due to small and scattered land holdings, the collection of surpluses for the purpose of marketing poses a serious problem. They still rely on a number of middlemen (intermediaries) for the disposal of their crop produce at cheap prices due the absence of competitive local market and lack of proper information. The Agricultural Cost and Price Commission has taken up a number of aspects of price policy, such as Minimum Support Price (MSP), Procurement Prices (PP), Issue Prices of Foodgrains (IPF). However, only a few large farmers are able to take benefits of hike in support prices and market channels, and small farmers, still largely sell their produce through middlemen at low prices and face many other constraints such as low marketable surplus, low bargaining power in influencing output prices, higher transaction costs and greater price volatility especially of perishable crops.

Financing is an important driver for the growth of the agriculture sector. The timely availability of money at reasonable interest rates, especially for small land holders, is critical for inclusive and sustainable agricultural growth. In particular, small land holders lack the financial resources to improve land or purchase crop insurance and have limited access to formal credit. Neither do they have enough of their own resources to invest nor do they have access to financial markets. The effect of Kisan Credit Cards (KCC) and other initiatives has limited success. 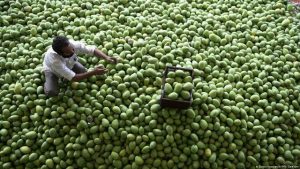 Although the government has been making efforts to increase the credit flow in agriculture, about three-fifths of rural households depend on informal credit with high interest rate and many of them are ultimately entangled in the vicious circle of debt trap. It appears that the institutional credit network has not yet spread adequately and uniformly in rural areas to benefit small landholders, including sharecroppers. Cooperative societies and commercial banks are the dominant agencies in rural areas. Only 27 per cent of small landholders have bank accounts in scheduled commercial banks, leaving about 73 per cent of them to rely on informal sources for credit. In contrast, 85 per cent of all medium and large farmers own bank accounts in various commercial and regional rural banks (RRB). Lack of banking information and financial illiteracy among small landholders are also leading to low financing. The consequence of predominance of informal source of credit with high interest rate in many places cause permanent indebtedness among the small and marginal landholders.

The government has taken several steps to increase the income from agriculture. It has subsidised the cost of fertilisers, water for irrigation, electricity to reduce the production cost and for high return or income from agriculture. It provided high-yielding variety of seeds and chemical fertilisers to increase the yields through better farming practices and timely availability of quality inputs. The government has introduced minimum support prices through setting up Agricultural Cost and Price Commission and storage space or go-downs for storage of agriculture production and procurement. Some other steps include subsidies in input cost, the Kisan Credit Card Schemes, Crop Insurance Schemes, introduced Electronic National Agriculture Market System for trading, providing direct income transfers to farmers through Pradhan Mantri Kisan Samman Nidhi (PM-KISAN) scheme, doubling farmers income by 2022 with the vision of New India, and the recently announced Agriculture Infrastructure Fund under the Atma Nirbhar Bharat.

There is an urgent need to address the three basic challenges: labour reform—transfer and engagement of underemployed labour resources from farming to other non-farm sectors; land reform—moving to profitable model of farming on contract farming and agricultural land leasing, and pooling or consolidations of land for agriculture along with designing appropriate cropping choice based on soil characteristic; and market reform—ensuring access to inputs and remunerative output prices by making a marketing chain using digital technology such as e-trading. There is need to reform agriculture extension system and expand its mandate and function, the new system should invite more agri-business professionals having knowledge of new tools and approaches to disseminate information and knowledge. Additionally, promotion of agriculture-based industry for value addition and further employment generation is also need of the hour.

The agriculture sector grew at 11.3 per cent at current prices in the year, 2019–20, more than the overall annual GDP growth of 7.9 per cent, which happened the first time since 1980–81. It was possible due to various reforms in recent years. However, during the post COVID-19 pandemic, we need to maintain this momentum by facilitating agriculture diversification towards more high value crops, adopting integrated farming approach and more use of technology in trades of agriculture produce. Organic farming can also be promoted as a sustainable approach for maintaining long-term soil productivity. Since agriculture is the basic sector and indispensable for food and nutrition security, in this uncertain situation of COVID-19 with large-scale returnees for the closed industries and businesses, it has become more important to maintain the tempo of agriculture and related sector in order to accommodate the sudden rise of unemployed pool of labour force.

Further, the scope of MGNREGA has been widened and wage was increased amidst lock down. It will be more appropriate to use MGNREGA scheme complementary to agriculture to boost the efficiency of farm sector in an integrated manner. However, it is true that the farm sector cannot support the people and economic growth beyond a point. The growth of non-farm sector is also important for agriculture sector growth and farming communities, not only to increase their household’s income and reduce distress migration, but also to invest in high-value crop farming. For, this to happen, there is need to formulate a proper plan to make agriculture more productive or profitable