Repealing of MSP is the only solution to farmers’ woes?

While there is still wide hue and cry about the implementation of M S Swaminathan committee report, alternative options to address the agrarian crisis needs to be explored.

The Left forces in the country displayed their majority among the working class of India through an organised Peasants March with heavy participation from peasants of Vidharba, Maharashtra. Considered as a reply-cum-response to the poll debacle in Tripura, the march yielded some noteworthy results. Yet, the long awaited farmers demand for the implementation of the M S Swaminathan committee report seems dauntingly far from any discussion or execution.

The report recommended an additional 50 per cent to the cost of production towards the Minimum Support Price provided to food crops produced by farmers. 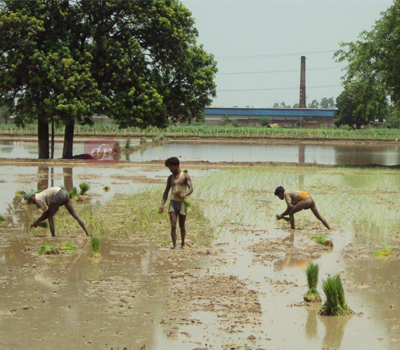 However, there are complexities in determining the ‘cost’ in respect with the production of crops. Geographically it is not possible to fix a single price for cost of production of various farm products and state governments such as Tamil Nadu do provide additional incentive for several crops along with MSP. In recent years, farmers demand more MSP since they are unable to meet the real cost of production as prices of inputs and other expenditures have shot up. Besides price hike of other expenditures, depleting water resources is another major crisis in farming. As most of the country comes under arid zones, the depletion of ground water alarms the situation. Thus, woes of farmers are plenty and suicidal rates of farmers are ascending and disinclination in farming has emerged. The disinterest in young generation farmers in farming explains this all. So what caused this desperation?

Till the Green Revolution was introduced farming in India remained a nature based occupation. Farmers’ generations together produced amazing varieties of food grains under natural condition. They did not depend upon any external sources, exceptionally during the British rule where they were forced to produce for the Raj amid usury and other feudal land systems created by the benevolent rulers. Even then they fed the population, universally.

Green revolution was introduced to augment agricultural production in India as the country faced famines and wars during mid-sixties that forced to import food items from the US under the law of PL-480. Under the revolution farmers had to incur financial obligations such as to buy inputs and implements etc and were dependent on debt service community resided at every village.

In response, the state created financial and other facilities to assist farmers, but they were not enough to support the cause. In due course of time farmers started to face water shortage and depletion in soil fertility following continuous usage of inorganic fertilizers etc. In order to counter the challenges, they started to borrow more, transferred to use genetically modified seeds along with some other risky measures that culminated with suicides while the crop failed to return their investment.

Are there viable alternatives?

Regime after regimes tried to find an amicable, long lasting solution to farmer’s woes. Attempts were made to enhance soil fertility through compost manures made out of urban solid wastes and improvement in irrigation through drip water irrigation, more canals to bring river waters, among others, but all of them had limitations. Few experts suggested alternate measures such as Price Deficiency Payment (PDP) to replace MSP regime. Instead of contrary measures, providing economic protection to the farmers is the right solution for a few farmer leaders such as Vijay Jawandhia of Vidarbha.

Is repealing of MSP the real solution?

Sharad Joshi, who led agitations to enhance support prices for farm products wanted to liberate the primary sector from the clutches of the state which followed Soviet type agricultural policy where the farm sector had to play down a subordinate role in the nation building. Several advocacies were made in favor of abolishment of MSP regime through abolishing Commission for Agricultural Costs and Prices (CACP) which determines the same.

G Nallasamy, who runs a farmer forum for making toddy tapping legal in Tamil Nadu said, “In fact, there is no proper mechanism in fixing the MSP. The report proposed to use government farms to cultivate crops and commute the cost with various inputs and derive the MSP accordingly; but it has not taken place. While exploitation of ground water is a crime in countries like that of Israel, we have reached 1000-1500 feet deep ground to tap the resource. This way, states like Tamil Nadu would soon become a dessert.”

Therefore, the government has two options, that is, to repeal the MSP or to promote organic farming, which means return to basics once again. Already Sikkim has achieved 100 per cent organic farming. This may arise questions about liberalizing farming sector or scrapping which may lead to shoot up in prices of food products. During the Janata party rule, the country was allowed with free movement of farm products which in turn resulted controlling of food inflation. It is noteworthy that Janata meals introduced during Janata regime (1977-1979) had lead to current Amma Canteens. Similar experiments that may resist rural despair where farmers are committing suicide must be opted.

Bharatapuzha: The case of a dying river

No wiggle room for public participation in budgetary process