There will be more confusion in rescue operations, increased police bashing and a large contingent of criminals escaping under ‘voluntary work’. 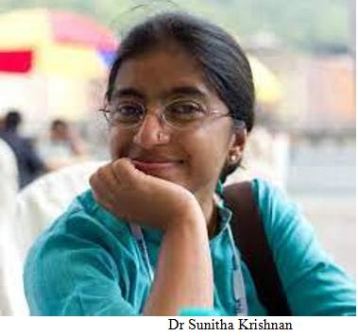 both in how it is worded and the lack of application of mind in understanding ground realities.

Before I explain my concerns, let me state what the Apex Court has reiterated regarding the existing legislation, i.e., The Immoral Traffic Persons Prevention Act. It has very clearly stated in its directions that the existing legislation should be implemented strictly by all states, which essentially means the following will remain criminal offences: Brothel keeping, Pimping, Living on the earnings of prostitution, Detaining a person in a place of prostitution, Procuring, inducing or taking a person for prostitution.

Coming back to the directions of the court, brothels will be closed, pimps and keepers will be arrested, and human traffickers who will bring women and girls for prostitution will be apprehended. So, this has not changed; on the contrary, it has to be strictly implemented by all states.

So, what is problematic about the recent directions? Let me pick out three of the directions that will have long-term implications.

Firstly, the Apex Court liberally uses the term ‘Sex Work’ and accords it subtly a profession’s status. While stating that a person selling sexual services is like any other citizen and is entitled to all rights that our constitution provides, it is somehow worded to indicate that selling sexual services is a dignified profession. Let me reiterate that every human being who is a citizen of this country is entitled to all rights enshrined in our constitution, which are non-negotiable. But what work is dignified and what takes away every ounce of dignity is a separate matter and needs a deeper understanding of what constitutes this form of work and its impact on self.

I am deeply concerned about how something intrinsically harmful to the body, mind and soul can be dignified. It is also somewhat confusing as all these directions are in the context of rehabilitation of persons selling sexual services.

If you notice, I am mindfully avoiding using the term ‘sex worker’ as I do not accept this as a profession and consider it the oldest form of sexual slavery. I can understand dignity out of the situation, which is ‘rehabilitation’, but what is pride in the situation I am unable to fathom. The learned Bench, in their wisdom, failed to clarify this in their direction.

Secondly, it is universally known that many women and girls are lured in the name of job, marriage, or love and induced or forced into prostitution. It is also well known that the revenue from selling sexual services is very high; it is considered a low investment high, profit industry and has been ranked as one of the fastest-growing criminal enterprises. It is not very uncommon that social stigma and criminal intimidation coerce most victims to normalise the exploitation. They are easily tutored to say that they are doing it voluntarily or freely. In the given situation, pray to tell me how will a law enforcer prime facie differentiate between a voluntary seller and trafficked person, especially when all of them are parroting the same lines taught to them? So, by blindly directing that the police should not touch any voluntary worker, the learned Bench has only exposed their lack of understanding of the ground realities. What would have been more balanced was to direct all concerned parties to come together and draw out a protocol that would help the law enforcer differentiate between a voluntary seller and a trafficked person. I would think it is rather fishy if a voluntary seller is found in a brothel. If you are voluntarily selling, it should be without a pimp/broker or brothel as per the law, so what is a voluntary worker doing with a pimp or a brothel-keeper? Check out the modus operandi used by the police or NGOs for the rescue operation, and you will know the number of ‘in between’ people involved before the actual person is found.

Thirdly, from my personal experience of establishing and managing a protective home for the rehabilitation of victims, it has been our observation that most victims take 2-3 months to disclose the true facts of their ordeal. In the meantime, they would give us fake names and fake national identities, acknowledge all the pimps and brokers as their relatives in the court, and constantly reinforce that they are in it voluntarily. Only when a home investigation is done does the conflict between all that is stated and the true facts surface.

So, when the Apex Court directs that all Protective Homes should be checked and all adult women should be released, it indicates the myopic perspective that only minor girls are trafficked, and adult women do it voluntarily. Have the wise judges contemplated what the protocol should be followed to release the adult women so that they do not return to the same situation, especially if the rehabilitation is their primary concern!

By the way, the directions speak extensively on the attitude of the police and the need for sensitisation; I would say the judiciary is no better with this myopic understanding of the ground realities.

Several other issues, such as Aadhaar Card and sexual assault, comes in the much welcome directions. Still, the proposed method of handling them leaves you feeling that this bunch has no clue what the ground situation is. Most victims admitted to all the shelters are neither a member of any CBO nor have any connection with AIDS Control Society. Most of them do not want any such membership or affiliation. So, if NACO or SACS is the only way to get an Aadhaar Card, a good number will still not get it.

I understand one of the Judges on the Bench was to retire the next day, and that was perhaps the reason for such hurry in issuing these directions, but whether it will benefit the intended group, only time will tell.

I can foresee a massive amount of confusion in rescue operations, increased police bashing and a large contingent of criminals escaping under the grab of ‘voluntary work’.

The writer is a Padma Shri awardee, eminent social activist, chief functionary and co-founder of Prajwala, Telangana. She can be reached on Twitter@sunita_krishnan