Single Application for All Scientific Fellowships, Grants and Scholarships

Union Minister has proposed a common single application for all fellowships, grants and scholarships provided by scientific ministries and departments. 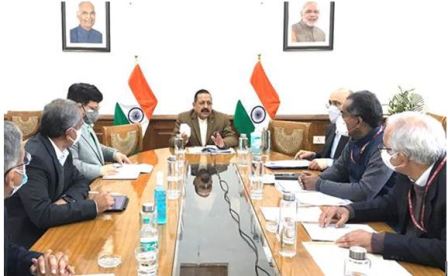 a common single application for all fellowships, grants and scholarships provided by scientific ministries and departments.

Presiding over a high-level meeting of Secretaries of Science Ministries and Departments, he said, the streamlining of the fellowships and research grants will not only save cost and time but will provide a level playing field to all the students and help achieve “ease of science education” for students and scholars.

The Minister also mooted the idea of creating a single web interface for all scholarships and fellowships under Ministry of Science and Technology and Ministry of Earth Sciences. Simplification of processes and bringing in uniformity, provision of a single point of contact to students/researchers, timely release of fellowships, elimination of duplication, synergy among schemes, and reduction of the transaction costs will be the main components of the single window scheme. He has also asked the ministries to explore the possibility of merging some of the ongoing schemes and provide direct transfer of fellowship grants to researchers based on NOC received from the sponsoring institutes.

Dr Jitendra Singh said that the step was taken as several grievances are being received regarding delays in sanction and release of fellowships/research grants to scholars and students.

The Committee had recommended that a dedicated centralised project management unit (PMU) be established which will manage all the operations, processing, disbursements related to fellowships and project funding from a single place. PMU could comprise of professional outsourced staff and nodal/ representatives from the departments.

The proposed window will, in due course, be supported by a 24×7 call centre and a grievance redressal section. They will also guide the students/researchers/PIs/institutions for correct paperwork. The operational expenses (both capital & recurring) of the PMU/proposed centre would be borne equally by DST, SERB, DBT and DSIR/CSIR. The expenses on the fellowships would continue to be borne by the departments concerned. (India Science Wire)

Indian Innovator Is a Baton Bearer for Queen’s Baton Relay