The study found that 206 endemic plant species have so far been discovered from the Indian savanna.

Global efforts to promote biodiversity conservation are expected to get a new boost, with a group of 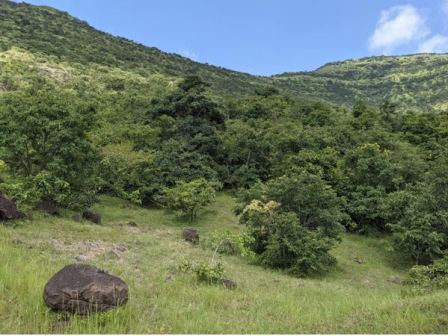 scientists finding that the grasslands in the eastern ghats and the eastern edge of the western ghats could be a rich source for discovering new plant species.

Over the years, scientists working to find new plant species, particularly in tropical areas, have been focussing mainly on forests. Grasslands have been grossly ignored on the assumption that since they were formed by artificial degradation of forests, they may only have some already known species, and nothing new could be expected from them. However, studies in recent times have found this assumption to be misplaced. In India in particular, many new species have been discovered from grasslands in recent years. But the data had remained scattered and grasslands continue to be largely ignored.

In a new study, a team of researchers collated data from national, regional, and local taxonomic and floristic accounts and analysed them to get a clearer idea.  They began by examining the floristic data to look for plants endemic or restricted to the Indian savanna. They then looked at whether there were any patterns behind the discovery of the species across time and space and whether any key factors could help predict where new species could be discovered.

The study found that 206 endemic plant species have so far been discovered from the Indian savanna and 43% were described in just the last two decades. It also showed that the Eastern Ghats Mountains and the eastern edge of the Western Ghats Mountains could be a rich source for discovering new species. Further, it indicated that the new species are more likely to be short-statured and be found in higher latitudes and elevations.