Why India’s National Capital is designed for chaos?

NCT – Delhi’s problems are not unique, all major capital cities of federal countries face the same, yet those cities have adopted less miserable administrative framework. 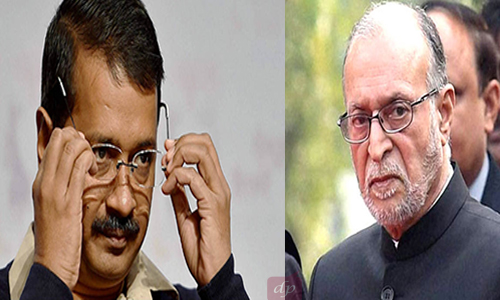 The latest tussle between Delhi’s elected government and the Centre involving the sacking of nine advisors to state government by the Ministry of Home Affairs (MHA) is going to take the prolonged faceoff between two constituent units to a new level. Happening on the heels of alleged manhandling of chief secretary of Delhi by a handful of legislators belonging to ruling Aam Aadmi Party (AAP) on 19 January, the current episode would badly paralyse many ongoing programmes, particularly education and health initiated by the state government. Yet, this is not the first time that such appointments have been overturned by the Centre. For instance, Lieutenant Governor (LG) of Delhi in December withhold state government’s bill to regularize 15,000 guest teachers, and so far 14 bills passed by the Delhi Assembly have been rejected by the Centre. The list can go on.

What is contributing to such frequent fracas and ugly standoffs leading to breakdown of governance in India’s national capital? While adversarial politics has a major role in escalating the situation, those who are familiar with the national capital’s weird governance arrangements know well the fracas are outcomes of design flaws.

Sample this. While the Government of National Capital Territory (GNCT) Act 1991 elevated Delhi to the level of state by providing it with an assembly and council of ministers with a chief minister, the powers and autonomy provided were that of a municipal government. For instance, without express approval of central ministries/departments particularly LG, Delhi’s elected government cannot administer in as many as 60 subjects involving municipal governance. Even a minor modification of municipal bye-laws such as imposition of penalty on littering requires prior approval of respective departments of Union Government or LG. The GNCT Act 1991 makes it amply clear that while elected government in Delhi will enjoy powers and privileges offered all other states in India, these are of qualifying in their applications.

For example, while Article 239AA empowers Delhi’s elected government to legislate on all subjects included in the State List of Schedule VII, reserve subjects such as police, public order and land are out of its purview. Further, given its national capital status, parliament under article 239AA (3) (b) is free to legislate on any subjects within the jurisdictions of Delhi. The most serious limitation, however, is that being a Union Territory (UT), Delhi government has to share powers with LG, a central government representative who is designated as “Administrator”. Unlike a Governor of a state, LG is the real power centre having last word on the reserve subjects.

This is not all. The constitutional and administrative powers of Delhi government have been squeezed further by national capital’s complex and overlapping politico-administrative arrangements at the municipal levels. For an area of 1484 square miles, Delhi has 100 odd agencies and institutions to deliver public services. Delhi’s citizenry is too familiar with acronyms like DDA, MCD, NDMC, CPWD and other endless list of competing institutions. There isn’t another national capital region in the world that has such complex and overlapping institutional arrangements than India’s national capital region.

Delhi’s problems, however, are not unique. Nearly all major capital cities of federal counties grapple with such challenges of splitting powers and responsibilities, constitutional limitations on autonomy and Central government’s overriding powers. However, compared to other major national capitals, Delhi’s legislative and administrative autonomies are too constricted. Compared to Delhi, the local governments in Canberra and Ottawa have powers over land and policing. Many other national capitals such as London, Paris and Berlin have divested maximum powers including land, security and public order to their local governments.

While Arvind Kejriwal, his insurgent party and Centre’s “hostile” attitude have led to frequent stand-offs and breakdown of governance, much of this are an outcome of bizarre governance design and flawed distribution of powers among different constitutional and administrative authorities.

One surest proof of this is the absence of robust and credible conflict resolution mechanism under GNCT Act. Given their complicated jurisdictions and multiple constitutional and parastatal bodies handling overlapping functions, all major national capital territories have consciously put in place institutionalised mechanisms and instruments to address conflicts and chaos. For instance, while Australia created National Capital Authority for Canberra in 1988, the most stable city Berlin has placed a Cooperation Agreement (with equal representation from both units) to resolve outstanding issues between various constituent units. While the GNCT Act has a provision to refer any outstanding disputes to the President of India, those familiar with Indian Constitution know too well this is a meaningless provision that largely tilts the balance in favour of the Centre. In short, Delhi’s existing governance arrangements are a reflection of bad faith in law as they have been consciously designed to create chaos and administrative breakdown.

Considering all governments at the centre, past and present have shown no serious intent to address the key areas of deadlock especially in defining constitutional positions, functional autonomies (that limits particularly central department and LG) between different constituent units, conflict resolution mechanisms, the matter now rightly rests with the highest court of the country. The five-member Supreme Court Constitution Bench, which is currently hearing the arguments on statehood, has a rare chance to shed some light on power-sharing provisions, functional ambiguities and overlapping jurisdictions. It should and must look at wide gamut of global examples while making its verdict on critical constitutional questions involving the governance of a national capital that has grown exponentially in last few decades. At stake is the future of 18 million people.