You’ve got a video, and it’s fake!

Technology, internet in particular, has enabled the democratization of information and news. But it has come with a price. 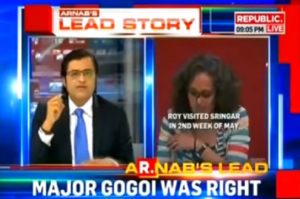 icture this: The world wakes up to a video wherein US President Donald Trump makes the shocking announcement of an imminent nuclear attack on North Korea. Or this: a video in which Mukesh Ambani makes a calamitous-worthy announcement, sending the stock market into a tizzy and shareholders scurrying to save their asses.

These two instances are not slices from a dystopian fictional account, but could be possible, thanks to the disruptive powers of Artificial Intelligence (AI). The marriage between news dissemination and technology has already led to the unwitting and disastrous birth of fake news. And now artificially created fake videos that look ultra-realistic are heralding a new era in fake news. Yes, video-faking technology is posed to blur the gossamer-thin line between real and fake.

Today, the sly art of morphing and doctoring is no longer sly. Anybody with a smart phone can execute his whims, perverse fancies or discreet political agendas by creating and spreading fake videos. AI and deep-learning make it possible for anyone to create a video from a single static image.

What was hitherto a complicated and time-consuming job executed mostly by techno savants at big film production houses (we owe them for the Jurassic Park!) can now be done with consummate ease by anybody with a smart phone.

This face-swapping technology, assisted by deep-learning, can be used for harmless purposes. May be you can use your life-like image for a video chat in case your physical presence is warranted somewhere else. Or you can have your video persona created and make it available for a virtual game. However, such benign deployment of this technology will happen only in our dreams as the world we are living now is given far more to misuse than use.

Innocuous video-trolls targeting individuals; revengeful personal videos; counterfeit clips of important politicians of the world; fake videos of riots, police firing on crowds, politicians making outlandish and outrageous announcements that can alter the world order and disrupt the equanimity… Doctored videos can force their way in varied hues and can be potent weapons for disaster. By the time a certain video has been proved fake, the damage would already have been done. Well, that is exactly what the creators of such doctored videos seek to achieve in the first place. Imagine the kind of ramifications a doctored video of Donald Trump declaring nuclear attack on North Korea or any of his rival country can cause. Knee-jerk chest-thumping and retaliatory war cries can be followed by more dangerous actions.

Political campaigners, lobbyists and professional spin doctors, who have already perfected the fine art of subterfuge and covert manipulation using technology – remember Russian intervention in US presidential polls – have now these AI-assisted tools at their disposal to manipulate things to their advantage.

The phenomenon of fake videos can be quite unsettling and plain scary as it fundamentally erodes our trust in the very institution called media and worldwide web. One may tend to develop an uncanny sense of distrust over news itself. The flip side of technological advancement is that it throws up a dystopian dilemma where we won’t be able to believe our own eyes.

The world is already waking up to the problem. Tech Crunch has reported that the Pentagon’s Defense Advanced Research Projects Agency (DARPA) has awarded contracts to SRI International, a nonprofit research group, for identifying manipulated videos and deep fakes. US lawmakers have sounded alarm over the potential dangers posed by fake videos. Legislations, however, cannot arrest the scourge of fake videos just as an ‘anti-virus law’ cannot eradicate computer viruses.

What then are the ways in which people can restrain themselves from falling into the fake video trap? Of course, we have not reached a stage of panic yet. However, experts warn that the world will have to live with the phenomenon in the days to come, and it is imperative to find a solution. Social media platforms will need to work on their algorithms and introduce effective authentication methods to stem counterfeit videos. Biometric-assisted authentication methods to distinguish real people from impersonators will have to be introduced. Soon, we may have software installed on our PC/mobile, on the lines of anti-virus software, which can detect and forewarn about fake videos.

Until sufficient mechanism is developed to authenticate genuine videos, one needs to be extremely vigilant and exercise a fair amount of circumspection and a sense of discernment in the face of such mischievous videos. Think thrice before believing such suspicious videos, double-check with authentic and reliable sources, and most importantly, refrain from spreading such suspicious videos. Awareness creation is the key. Students at school/college level need to be educated on the need to remain critical and watchful of such episodes.

Following recent air strikes on three Syrian targets by the UK, the US, and French forces, Twitter and Facebook were filled with fake pictures and videos of the attacks on the conflict-ravaged country. Al Jazeera reported that even leading media corporations like NBC News and PressTV showed a widely circulated video as the attack on Syria, which in reality was an artillery attack on the city of Luhansk in Ukraine way back in 2015. This is just one example of how even the mainstream media fall prey to the insidious nature of fake news and videos. Just another reason to be wary of this fake experience.

The writer is an Associate Editor with the Delhi Post. He can be reached on twitter @BF_FIROS

Financially inclusive India! Are we?