A Silent Epidemic: India Rises to No.2 in Child Obesity

Norway, Sweden and the United Kingdom have banned advertising of unhealthy food to children on the grounds that children are unable to distinguish ads from regular information and news. 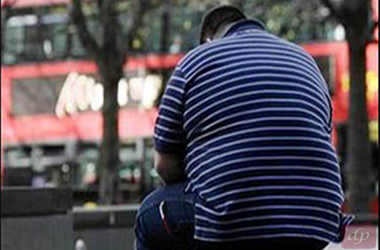 Aunique ‘double burden’ of child malnutrition afflicts us today. As India tackles the most acute case of child under-nutrition, our country now confronts a rising epidemic of child obesity. A 2015 study conducted by New England Journal of Medicine revealed that India is second to only China, with approximately 14.4 million children struggling with obesity. This sounds an urgent alarm for India’s present and future. While childhood obesity may appear to be just a cosmetic problem, it is far more damaging than previously recognized. Before delving into its socio-economic consequences, a biological feature demands discussion ¾ while genetics determine where our body stores fat, the number of fat cells are determined during one’s pre-pubescent years.

This means that although we can lose weight, we can never reduce the number of fat cells in our body after the initial years. Thus, it is crucial that caretakers remain attentive early on, because it can be extremely difficult to rid the body of fat cells later in life. Childhood obesity is a worrying phenomenon for it is a known precursor to a lifetime of health issues — including diabetes, heart disease and mental-health issues, among others.

According to global estimates in the Paediatric Obesity Journal, if the current rates are left unchecked, approximately one in every five children will be affected by obesity by 2025. Bearing in mind that children and adolescents make up 41 percent of our total population, devising policies to protect the health of our children is critical to shaping a better future for our country.

For instance, government procurement and school contracting policies can favour whole foods over processed, incentivizing farmers to fulfill the increased demand. Currently, the only major effort to address the issue at a national level is the consideration of a ban on the sale of junk food in schools. While this is a step in the right direction, complementing it with school policies on nutrition education will equip students with requisite knowledge on how to balance their calorific intake and expenditure in such a fluctuating food environment. This dual approach would increase children’s resilience when faced with unhealthy consumption patterns in adulthood.

A recent study by the Indian Journal of Medical Research showed that obesity rates among our youth are increasing, not just in higher socio-economic groups but also in the lower income ones.

In comparing obesity among three distinctive income groups, the results showed that household diet was as problematic as junk food, for children gaining weight. This only reiterates the importance of understanding nutritional needs at the family level. In encouraging people to eat more fruits and vegetables, we can take insight from effective national campaigns like ‘5 A Day’ launched by countries like Germany and the USA. Based on the fact that regardless of the calorific content, people tend to eat a consistent volume of food everyday, this campaign endorses consuming a minimum portion of 5 fruits and vegetables daily. By promoting satiety and balancing the total calorific intake, diet quality can be improved and a simplified baseline can be provided to an otherwise diverse citizenry.

Moreover, better informed consumers help drive changes that alter product formulation to reduce excess calories, salt and fat. A successful policy to this effect has been undertaken in the United Kingdom, where the government has implemented a “food traffic light” where green, yellow and red correspond to low, medium and high percentages of salt, sugar and fat content. These easy-to-use, front-of-pack labeling systems help guide consumers, leading to healthier decisions. Thus, through policies that help make people’s default choices healthy ones, the government can lead compelling change.

Nutritional awareness also promotes a shift towards reduced portion sizes and healthier options in the space of restaurants and fast-food outlets. Unlike “Nutrition Facts” labels on store-purchased food, nutritive content of restaurant and fast food is generally unavailable at the point of purchase. Mandating the provision of such information on menus would allow people to more easily choose lower-calorie options. Around a third of people provided with this information report that it affects their purchase in the desirable direction; while its absence makes it difficult for people to know exactly what they are eating. Furthermore, recognizing market factors that drive consumer demand is central to promoting public health. Targeted by multinationals through aggressive advertising ¾ children and adolescents are increasingly consuming foods high in saturated fat and sugar, and low in polyunsaturated fatty acids and fiber. Countries like Norway, Sweden and the United Kingdom have adopted a ban on advertising of unhealthy food to children on the grounds that children are unable to distinguish ads from regular information and news. Regulation of advertising targeted at children under age twelve, along with a check on unfair nutrition claims for infant-directed products, would be a measure in the right direction.

Presently, the increase in childhood obesity is further attributable to a change in the activity patterns from active outdoor play to sedentary indoor pursuits. WHO recommends that children and adolescents between 5 and 17 years of age should participate in at least 60 minutes of moderate to vigorous intensity physical activity every day. Parents and schools should be engaged to support activities that encourage children to stay active and spend less screen-time.

The problem of childhood obesity must be tackled with efforts aimed at improving health in the broader environment (i.e., home, school, workplace, and community) rather than specifically targeting obesity. We need to ensure the availability, accessibility and affordability of healthy food, through better awareness and government support to farmers. In doing so, we can progress holistically, taking our youth with us.

Kirit Premjibhai Solanki, a professor of surgery, is a Member of Parliament and Alisha Suhag, a Research Fellow with the Centre for Legislative Research and Advocacy, New Delhi, presently with the University of Bristol, UK.. They can be reached on twitter @drkiritpsolanki  ; @AlishaSuhag

Congress on an overdrive to retain Karnataka