Constitutional restriction for no third term or no more than 10 years as head of government at the centre and the state is the best means to check dynasty politics to a great extent. 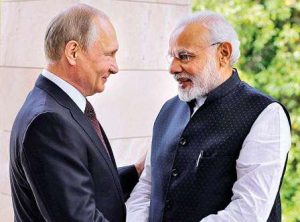 in which 75-member tri-service contingent of Indian Armed Forces participated, and also for successful completion of the vote on constitutional amendments in Russia, which would allow President Putin to extend his rule until 2036 or roughly up to his age of 83. According to The Economics Times report of 3 July, and as reproduced in The Kootneeti quoting former, Indian Prime Minister was (note) the first world leader to speak to President Putin after the constitutional amendment.

This news of PM Modi’s enthusiasm to congratulate President Putin for a move, which can’t be considered democratic in the prevailing democratic sense, though Russia’s democratically elected (amidst complaints of poll-rigging) Members of Parliament approved the amendment, brought to my mind a fear “Has PM Modi got similar design?” Modi’s enthusiastic congratulation has a lot to do with Asia’s geopolitics concerning 14-15 June intervening night Indo–China bloody LAC skirmish in which Putin played a very positive role in defusing tensions. India’s plan for fast acquisition of Russian arms and ammunitions to fill deficits in its armed forces in the backdrop of LAC conflict with China? If it is for later, there is nothing to disturb for democratic lovers like this author.

Presuming the former, if PM Modi’s move is for building a consensus for his life-long absolute supreme leadership of India as Putin got recently and Xi Jinping got in 2018, then it is certainly a bad sign for Indian democracy. In Indian Constitution, there’s no restriction like it is there in China, Russia (but in case of Xi-China and Putin-Russia, exemptions were allowed through constitutional amendments), and in the US, after 1947’s 22nd constitutional amendment rectified in 1951, for a leader to lead nation for life-long provided he is duly elected. Let’s presume that highly popular PM Modi will rule India for life like Nehru and Indira did taking advantage of Indian Constitutional silence over PM’s number of terms, India might lead towards another phase of personality cult based Nehru–Indira era during which suppression of political dissents were rampant (For example, two major critics of Jawaharlal Nehru, Dr B. R. Ambedkar was not allowed to be reelected, S. P. Mukherjee was forced to die allegedly in Srinagar jail, etc.), undemocratic political dynasty building, flawed economic policies that did not allow Indian economy grow as per its natural potential, flawed education policies that promoted brain-drain, foreign and national security policies which were responsible for Indian 1962 Indo-China war and defeat, corruptions, nepotism, and imposition of draconian Emergency among others perpetuated for decades. When democratic nation’s leadership gets obsessed with his own governance beyond certain period, he is bound to get policies, which may not be in national interest. Furthermore, what will happen to PM Modi’s own not-coded policy of not allowing his party colleagues, who have celebrated their births’ diamond jubilees, to be ministers/speaker? Will not this soil Modi’s image of statesman? Will not those leaders’ victims of Modi’s dictum “Age 75+ means no minister” revolt? Will not Yashwant Sinha, who moves around shouting ‘For Modi age 75+ means brain dead’, question the political integrity of PM Modi? Same discontents were there in 1960s when Nehru covertly did not allow the then President of India, a rubber-stamp in Indian constitutional scheme of things, to run for third term in order to set an unwritten precedent, while he (Nehru), who as the head of government with supreme power, was in power beyond second term.

In majority of successful large democratic nations such as Japan, the UK (Oldest running democracy in the world), France, German, Italy, Spain, Canada, Australia and the US till 1951 (the second oldest democracy in the world), there is no bar for number of terms for politicians to remain as their head of governments. And these nations are economic giants, have best social infrastructures and social security, have free societies and free press, more or less hassle-free transition of heads of governments after each constitutionally prescribed elections, free judiciary, etc. Just think if there was political instability in those nations, have they achieved what they have now economically and in other spheres? In the US Constitution, initially, there was no provision for number of terms for head of government/state; but till WWII, no President of the US ever tried to break the tradition set by nation’s founding father and first President George Washington, which was later rectified (unwritten) by third President Thomas Jefferson by way of his refusal to contest for third term. 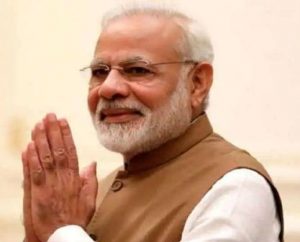 Despite no constitutional restriction for number of terms for head of governments in several developed countries, there was no tendency of dictatorship like seen in developing and under-developed countries with prime examples of India. The kind of internal conflicts, economic backwardness, and shortcomings in social and political infrastructures among others India had witnessed post-Independent; the US too had witnessed the same for several decades post-independence. But no head of government wished to remain in power beyond second terms that helped kill the dictatorial intents having tremendous negative impact on building economy and social and political infrastructures for overall development of nation. As a result, one of the youngest nations in the world, the US, could remain united and well-governed, despite having huge geography and diverse society and culture. The US’s present status among the community nations owes a lot to the visionary decisions and sacrifice of its earlier 31 Presidents.

Next to George Washington, after about long two centuries, another head of government Nelson Mandela of South Africa relinquished his position as president after his first term. Notwithstanding the huge popularity he was enjoying, he allowed others to govern under his guardian watch and help build democratic institutions of young democracy.

It is expected PM Modi to follow the footstep of statesmen such as George Washington and Nelson Mandela, set a precedent of leaving the office of PM when he reached his set age of 75 or complete his second term for which he has already got the mandate in May 2019, whichever is earlier. If he gets a constitutional amendment like happened in the US in 1951, it would be the best of thing ever for Indian democracy. Indian democracy’s greatest curse is dynasty politics. Constitutional restriction for no third term or no more than 10 years as head of government at the centre and the state is the best means to check dynasty politics to a great extent. In view of the above, PM Modi’s enthusiastic congratulation to Russian President Vladimir Putin, if that was not for diplomatic gain in the wake of LAC violence, deserves no appreciation.