Approvals accorded under Production Linked Incentive Scheme (PLI) for Promotion of Domestic Manufacturing of Drug Intermediates and Active Pharmaceutical Ingredients in the country.

The Indian pharmaceutical industry is the 3rd largest in the world by volume. It has high market 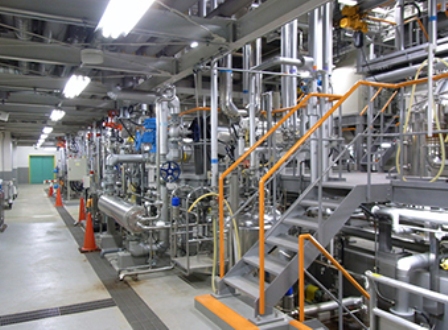 presence in several advanced economies such as the US and EU. The industry is well known for its production of affordable medicines, particularly in the generics space. However, the country is significantly dependent on the import of basic raw materials, viz., Bulk Drugs that are used to produce medicines. In some specific bulk drugs, the import dependence is 80 to 100%.

With an objective to attain self-reliance and reduce import dependence in these critical Bulk Drugs – Key Starting Materials (KSMs)/ Drug Intermediates and Active Pharmaceutical Ingredients (APIs) in the country, the Department of Pharmaceuticals had launched a Production Linked Incentive (PLI) Scheme for promotion of their domestic manufacturing by setting up greenfield plants with minimum domestic value addition in four different Target Segments (In Two Fermentation based – at least 90% and in the Two Chemical Synthesis based – at least 70% ) for 41 products with a total outlay of Rs. 6,940 cr. for the period 2020-21 to 2029-30.

In total, 215 applications were received for the 36 products spread across the 4 Target Segments. Out of which, total 42 applications were approved by the Government with a total Committed Investment of Rs. 4,347.26 Crore and expected Employment Generation of around 8,792 persons.

In the 9th Meeting of the Empowered Committee held on 25.11.2021, after considering all the applications received, the applications of following companies, which fulfill the prescribed criteria laid down in scheme guidelines have been approved, as under:

The setting up of these 8 plants will lead to total committed investment of about Rs.151.12 crore by the companies and employment generation of about 1,951. The commercial production of these plants is projected to commence from 1st April, 2023 onwards.

With this, the total applications approved under both rounds aggregate to 50 applicants with committed investment of Rs 4,498.38 crore and employment generation of about 10,743. Setting up of these plants will make the country self-reliant to a large extent in respect of these Bulk drugs.