Are Smart Cities the Answer to Increased Urbanisation?

The success and sustenance of the smart cities programme would be reliant on efficient and effective development of the real estate and urban infrastructure as a financial capacity building measure.

There is an increased trend of urbanisation across the world. People are moving to urban areas due to the availability of better health facilities, more job and wealth-generation 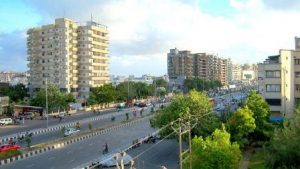 opportunities, better schooling, etc. This rapid urbanisation is putting the entire infrastructure of cities under immense pressure. High population density in cities is increasing the energy consumption and straining the environment by increased emissions of greenhouse gases.

According to a UN study, by 2030 it is estimated that 60 per cent of the world population will be living in urban centres. Countries in Asia and Africa are expected to see more urbanisation than the Western countries. It has been further projected that by the year 2050, 70 per cent of the world population will be urbanised. The effect of such massive urbanisation on the environment is unimaginable. Development is necessary, but it must be sustainable. According to urban planners, smart cities could be the solution to the challenges posed by rapid urban development.

What is a Smart City?

Although there is no universally acceptable definition of a smart city, Wikipedia says,“A smart city is an urban area that uses different types of electronic Internet of things (IoT) sensors to collect data. Insights gained from that data are used to manage assets, resources and services efficiently; in return, that data is used to improve the operations across the city. This includes data collected from citizens, devices, buildings and assets that is then processed and analyzed to monitor and manage traffic and transportation systems, power plants, utilities, water supply networks, waste, crime detection, information systems, schools, libraries, hospitals, and other community services.”

Road sensors, smart parking, traffic sensors, energy management, using renewable energy for municipal services, recycling are some initiatives that have been taken by some cities across the world. These are meant to improve the quality of life of their residents and at the same time make urban development more sustainable. For instance, Oslo, the capital of Norway, is aiming to reduce electricity consumed by streetlights by about 70 per cent by using sensors in 10,000 streetlights that adjust the brightness of the light according to the season and the time of the day. These may seem like small steps, but when combined they have a big impact in reducing the carbon footprints and making the cities habitable for future generations.

What works for one city does not necessarily work for another one, and therefore, one cannot simply replicate the formula that worked for a particular city.

A successful model of a smart city is one which uses technology to analyse and address the needs of its residents and has its own unique character.

India has the second largest population in the world and every year the megacities like Delhi, Mumbai and Bengaluru witness significant additions to their burgeoning populace, as residents of smaller towns and villages migrate there for a better standard of living. As a result, the already groaning infrastructure of these cities comes close to collapsing. The Indian government has earmarked 100 cities which will be developed into smart cities to arrest this migration trend.

What Goes into the Making of a Smart City?

A smart city cannot be built overnight. It takes several years to develop a smart city. First and foremost, it needs very smart and well-thought out urban planning, which translates the requirements of the residents into a well-developed infrastructure with efficient, sustainable systems and processes, which are available to the citizens on their smart phones. In simple terms, smart cities should make the life of the residents comfortable, while still being ecologically and economically meaningful. 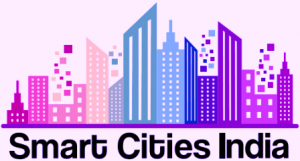 Undoubtedly, smart cities should sustain the environment. However, an important point is that they also need to be financially sustainable. The national government announces the plan for the improvement of the city and gives the initial seed money, but infrastructure advancement on such an ambitious scale needs enormous amount of capital. It is left to the states to organise the financial support needed for the development. This is where real estate can come to the rescue.

Land prices have become very steep over the years and governments can use this to generate revenue by identifying parcels of land that can be sold for profit.

Singapore is an excellent example of a country that successfully used real estate to raise the money needed for development and it has recorded rapid progress to become the hub of South East Asia.

The command and control system of the cities should be systematic and organised not only for the day to day running, but it should also be able to seamlessly switch to a crisis mode when needed. The planners, bureaucrats, technocrats and professionals need to work in tandem with each other so that all operations can be smooth and synchronised. One needs smart professionals to run smart cities.

If we have more smart cities, it would indubitably slow down or even completely stop the migration to megalopolises. Smart cities are also expected to solve the issues of under-development of the hinterland with the employment opportunities being generated. Reduction in the environmental footprint would be an additional benefit due to smart cities. However, the success and sustenance of the smart cities programme would be reliant on efficient and effective development of the real estate and urban infrastructure as a financial capacity building measure.