Are We Losing the Battle Against COVID-19?

What is required is urgent and concerted actions by the state and union governments, keeping aside all political differences. 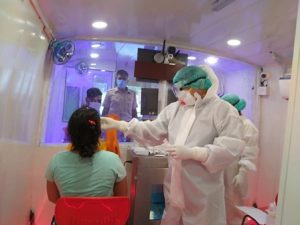 COVID-19. When the first case reached Kerala through the returning medical students from China, it was easier for the state to follow up, quarantine, observe and treat the patients and to prevent the spread. Within days, as the disease was first declared a public health emergency, and then later as a pandemic by WHO, India was still in a relaxed mood with government itself considering it as not a serious health emergency. Things changed and we listened to our Prime Minister Narendra Modi who addressed the people asking them to stay indoors from dawn to dusk, and to clap and ring bells to appreciate the work of health and sanitation workers. That 24-hour curfew was the beginning of a series of lockdowns.

The first lockdown announced on 24 March was for three weeks. Indeed, it was a commendable decision to take that at a very early stage and when it was extended till 3 May, even the WHO congratulated the government. Public health people also supported the decision, as this was a good way to buy time to prepare ourselves to deal with the larger crisis we anticipated. However, contrary to our expectations, things didn’t go well. The lockdown got extended for the third time and then once again. However, by this time, we also started to see increase in the number of cases. So not only public health community and doctors, but also even ordinary people started to doubt the usefulness of the lockdown. And contrary to any public health sense, we also found that the government lifted the lockdown when the cases were going up exponentially. Did we effectively use the lockdown period? This is a critical question from a public health perspective.

Lockdown was meant to achieve two broader objectives. One, to reduce the transmission of the diseases by restricting business, meeting and gatherings as well as travel. Could we do that? To some extent, yes.

We restricted public transport and the world’s largest railway network came to standstill and that might have prevented the transmission.

However, what were the unintended consequences of an unplanned lockdown? Thousands of labourers 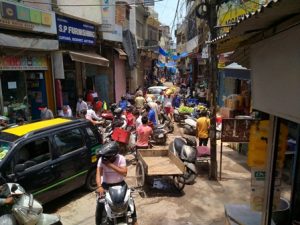 stranded in larger metros and cities who immediately lost their jobs, found it difficult to get back to their home states. They started to walk kilometres with whatever they had, and many lost their lives on the way. At the same time, we found that the lockdown didn’t seem to apply to the political class. Had the lockdown been a bit more carefully planned, allowing people to slowly get back to their places in an organised manner, we could have avoided hardship. By the time, we realised that we need to arrange transportation for people to get back to their places, that too, after the court intervened, it was too late.

The second objective of the lockdown was to buy time to prepare the facilities needed to manage COVID cases. This included arranging testing facilities, quarantine facilities, hospitals, especially intensive care units including ventilators. Could we achieve this? Yes and no. Some states did well, by converting non-health facilities to hospitals, increasing the testing facilities and even arranging quarantine centres. Some states used that time to effectively arrange transportation facilities to bring back their people stranded in other states, so that they can be operationalised as soon as the restrictions are slowly lifted. But could we do enough? Unfortunately, we saw some of the bigger states struggling to save lives due to shortage of doctor. Allegations of using fake ventilators marred the efforts in another state and the national capital could not even arrange for proper burial of the deceased.

One of the mathematical models that we developed suggested that the cases will reach the peak in India only by mid-July to early August, with 12 per cent population getting infected at that time. That means, we are still away from the worst days of the epidemic in India. One of the critical components, besides preventing community spread, will be the intensive care facilities including ventilators. Another of our model that explored various scenarios of lockdown and various levels of preparations had predicted a huge shortfall of ICUs and ventilators, unless there is considerable effort from the government in the next couple of weeks. Our analysis also showed that the strict lockdown measures are likely to push the surge in demand for hospital resources by a month without suppressing the total number of cases significantly.

What’s in store? A weak public health system, with a very minimal government investment, will be finding it difficult to deal with a large health emergency like this. With a health workforce short fall ranging up to 30 per cent in the rural areas of many states, the pandemic is feared to create havoc in rural India. Had we used the lockdown time effectively to mobilise resources, train and deploy health staffs and volunteers, arrange quarantine facilities and isolation facilities and increase the medical facilities including ICUs and ventilators with the support of private health facilities, entrepreneurs and philanthropists, we had a better chance to deal with the COVID. It is still not too late, especially when we fear to have a second wave later in this year. What is required is urgent and concerted actions by the state and union governments, keeping aside all political differences.

The writer is doctoral researcher on Public Health at Boston University School of Public Health, Massachusetts, USA. He can be reached @fmshaffi