Achala Moulik received her education in Washington, New York, London, and Rome, where her parents were posted on diplomatic assignments. She graduated from London University with a degree in Economics, History, International Relations, and International Law. In the Indian Administrative Service, she served as Director General of the Archaeological Survey of India and Education Secretary Government of India. She has written widely on Russian history and culture and is also the recipient of the Pushkin Medal and Yesenin Prize. 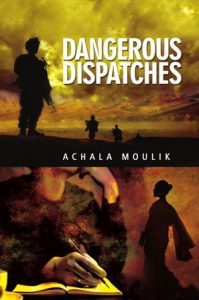 By his side is the faithful Romona, wife, muse, and archaeologist. From their halcyon courtship in London to the winter years in Delhi, spanning Iran, Afghanistan, India, and Bosnia, their lives mirror the major global upheavals in the latter half of the 20th century. Beyond the turmoil and ethnonational conflicts runs another theme of the impact of events on individual destiny and the fate of nations. Shivan attempts to find a pattern and logic in the inexorable events that overtake the plans of individuals and the imponderables that alter the fabric of human character and ambitions.

Agonistics make good reporters and editors while the faithful are swayed by their beliefs. Isn’t it a bit of a façade in the face of reality?

Yes, agnostics make good reporters because they do not place their faith/belief/to any ideology or creed. They are open to ideas! They look for proofs and facts and on this, they base their reports and articles. The faithful —for instance, journalists, who work for newspapers with political loyalties —will be chained to their papers commitments. As a result, reportage may be colored or biased because the events will be seen through preordained lenses. This has been happening since serious journalism began. But there were journals in pre-Revolution France or pre-Revolution Russia, where the underground press published articles anonymously by courageous journalists. Lampooning or making fun of important/powerful personages was a favorite form of protest. This cannot be called a façade.

News agencies on the other hand like Associated Press or the famous Reuters had no fixed ideologies. Their reporters/journalists collected facts and sent them to headquarters. The editors of these agencies decided how to interpret or present the events.

Romona showed her true passion for archaeology. What do you have to say about her zeal for history and archaeology?

Romona was a student and later became a teacher of history and archaeology. She usually provided her husband Shivan with the historical background of the countries where he was posted. Shivan appreciated this because without knowledge of the civilization of a country/society, present events cannot be properly understood or analyzed. So, Romona became his muse and guide. But when on their way to Tehran, he asked her what she thought of the Enghalabi Islami (Islamic Revolution) in Iran. Romona replied, “I delve into the past while you a journalist deal with the present and future.”

Alexei faced a dilemma in Afghanistan. Do you believe that his foundation of belief was somewhat challenged?

Yes, you are right. Alexei Rumyanstev was a dedicated Soviet journalist who reported to the Tass news agency. These were government-owned news agencies as was the newspaper Pravda or Izvestiya. Most Russian/Soviet journalists were guided by their socialist ideology. So when this brave journalist came to Afghanistan, he truly believed that Russian influence would bring progress to Afghanistan. From the mid-1950s to 1979 this progress was visible in important sectors. The Soviet Union placed a high priority on education as they considered it to be the first path to progress. Young Afghans benefitted from this. Then, as the US/Pakistan-trained mujahidin began subversion and violence, Alexei, like his compatriots, had dreams of helping to establish a modern enlightened and friendly Afghanistan. This was being torn apart. He began to realize that his country had embarked on a difficult task in Afghanistan because they were fighting a losing battle against Islamic fundamentalism.

Events have proved that had the West not subverted the secular socialist PDPA government of Afghanistan, the continuing tragedy of that country would have been averted.

What is the reason for the Taliban getting popular support which led them to take hold of Afghanistan? Is the Islamic revolution the only idea driving the Taliban or there is more to it? 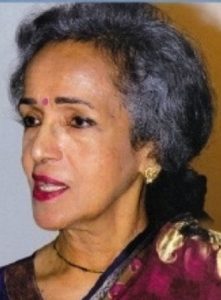 The Taliban came to power in the 1990s soon after the withdrawal of Soviet troops in Afghanistan. The USA and UK had succeeded in their purpose. Soviet influence from Afghanistan was removed for the time being. However, the Russians supported the government of the enlightened Najibullah. Afghanistan began to settle down. But the Taliban grew in influence aided by Pakistan who always wanted an unstable Afghanistan. Najibullah was therefore assassinated. The Taliban took over and a reign of chaos began. Their friends the Al-Qaeda also began functioning here. The attack on the Twin Towers brought the USA to Afghanistan. As we have seen the “war on terror” was a fig leaf for their plan to rule Afghanistan and then invade the oil-rich Iraq, the American army’s occupation of Afghanistan did not bring benefits to ordinary Afghans. Only the puppet government grew rich in corruption. Nor did the USA defeat the Taliban. So when the USA announced their withdrawal, the Taliban swept through the country like an inexorable force. Ordinary Afghans felt that they could not be worse than a foreign army of occupation. This country has been the center of many cultures. At heart, the Afghans are not fanatics. It is the hope of Indians that the Taliban will shed their fanaticism and work for their courageous and long-suffering compatriots.

How difficult is it for a Journalist to provide an unbiased opinion over any issue or news, especially if politics is involved?

This entirely depends on the journalists. When I began working for Hindustan Times as a 22 year old (before joining the IAS), our great editor S. Mulgaokar left his journalists and editors to write what they thought was best. But as the power of the Fourth Estate (the Press) was realized, politicians began to interfere in the presentation of facts and interpretation of events. If a newspaper or TV channel is owned by enlightened proprietors, listeners/viewers/readers can hope for objectivity. If the owner craves power and benefits, his reporters must toe the line.

In an area of conflict and the possibility of imminent threat (like in the case of King Farhid’s death), if journalists decide to keep their silence knowing all the facts, then can it be called a tactic of good journalism (as it was called in the book for American journalists)?

Hiding the truth is a subversion of good journalism. Great American journalists and reporters exposed the Presidency, State Department, and Pentagon as they went searching for the truth in Vietnam. The Washington Post was prepared to shut down rather than hiding the truth. But the owner Catherine Graham was a brave woman. Nixon was exposed in the Watergate scandal. S. Mulgaonkar exposed Krishna Menon’s mischief in the China debacle. The ideal of every journalist should be the great Thucydides, the Thracian prince who narrated with absolute objectivity the History of the Peloponnesian Wars, which is now an immortal classic.

Islamic fundamentalism and revolution are becoming a threat to other religions and beliefs. The terror of Islam is something everybody feels. What do you have to say about it?

Islamic fundamentalism in Iran began in Iran as a backlash to the Shah’s oppressive regime. It was funded by the USA in Afghanistan, Iraq, and Chechnya to subvert those secular governments. The response to fundamentalism of any kind (Muslim, Hindu, Zionist, or Christian) is a secular universal education in schools.

Everyone has their own truth. So how can a journalist decide what truth needs to be delivered? What is the truth for a journalist?

Journalists, like civil servants, scientists, and teachers, must abide by facts and reason. That leaves no space for interpretation. Unfortunately, truth, like beauty, is in the eyes of the beholder and can suffer damage if personal bias or political pressure comes in the way.