IIT Guwahati researchers have shown how some specialised protein molecules found on the cell membranes of all biological cells carry carbohydrate molecules into cells from outside.

The bacterium Thermus thermophilus, as the word suggests is heat loving, thermo means heat and philusmeans loving so it is not surprising thatyou can find it in hot springs. In order to survive the extreme environment, the bacterium utilizes many kinds of carbohydrates for energy. 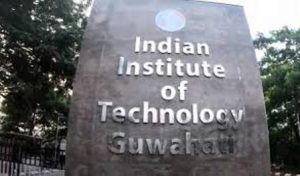 Carbohydrates must be taken into the cell and broken down inside the cell into glucose to fulfil the energy needs.

To answer this Indian Institute of Technology (IIT) Guwahati researchers have shown how some specialised protein molecules found on the cell membranes of all biological cells carry carbohydrate molecules into cells from outside.  They have studied specific protein molecules called ABC transporters, present in bacterial cell membranes and have shown that these transporters are selective about the type of carbohydrates they transport into cells.

“Based on the preliminary analysis of the ABC transport systems of the bacteria we chose, we hypothesized that it would have different affinities for different carbohydrates”, says Dr Shankar Prasad Kanaujia, Associate Professor, Department of Biosciences and Bioengineering, IIT Guwahati. To validate this hypothesis, the team used X-ray crystallography techniques to determine the three-dimensional crystal structure of the ABC transport system connected to various types of carbohydrates having different kinds of glycosidic bonds.

“One of the largest classes of transporting molecules is the ATP-Binding Cassette (ABC) transporter, which is widespread in all forms of life”, says Dr. Kanaujia.

These special forms of proteins present in the cell membranes of almost all living cells capture the carbohydrates from outside the cell and deliver them into the cells.

Table sugar and starch are only two of the numerous carbohydrates that are used by the cells, and they have to be preferentially taken into the cell.  While ABC transporters have been known for a long time, it remains unknown if these carbohydrate-ferries have preference for specific carbohydrates over others.

“The specific ABC transporters we studied had increased affinity to the alpha-glycosidic bonds”, said Dr Kanaujia. The team also found an interesting phenomenon – the transporters had a higher affinity for simple glucose than complex carbohydrates, which meant that any glucose in the extracellular space would be preferentially taken into the cells over higher carbohydrates.

The research team includes Dr. Shankar Prasad Kanaujia, Monika Chandravanshi and Prerana Gogoi. The results of this study have been published in The FEBS Journal. (India Science Wire)