Bad loans have worsened the banks’ balance sheet. Because of this, the money which banks need to put aside (called provisions) for bad loans has increased manifold, resulting in decrease of money available with banks for lending.

Does financial inclusion mean taking away the hard-earned savings of a person who can’t even maintain a certain amount of minimum balance? Has the purpose of nationalisation of banks reversed from ‘banks for all’ to ‘all for banks’?

In conversations with some of my friends, one common response was that banks provide services and we pay for the cost of providing these services. This means that we must be paying these charges since the inception of banks. But if we look at the history of bank charges, we would find that there has been a drastic increase in the amount of these charges and also that banks have introduced new charges in recent past, especially in the last 3-4 years. For example, SBI stopped charging customers for not maintaining minimum balance in 2012, to increase its reach. But then, it started penalising the customers again for not maintaining minimum balance since 2017 onwards. Seeing the biggest Indian bank doing this, many other banks joined and started penalising for the same. Many banks are now increasing the amount that account holders need to maintain to avoid the penalty.

Another important point that is not taken into consideration is that it is the deposits of the common people, in the form of household savings, which forms the back-bone of Indian banking system. The savings deposited in banks makes up a large chunk of the banking capital.

The banks are forcing customers to switch to digital banking. This is nothing but forced digitalisation – a failed attempt – which was also tried during demonetisation. (RBI reported in June, 2018 that the amount of cash in circulation is higher than pre-demonetisation period.)

A major technology invention which helped in reducing the burden for banks is ATM. Depositors can withdraw money without going to branch every time when there is a need. It also helped banks in managing customers in banks with less number of employees. Initially, there was no limit on transactions performed through ATMs. But now there is a limit on number of transactions through ATMs without paying. Beyond that banks are charging for withdrawing money, for balance inquiry, for mini statement etc. In the beginning, banks promoted the use of debit cards and appealed to everyone to use ATMs instead of transactions through branches.

Now when people have accepted it (which was not easy for everyone, especially for non-technology friendly people) to an extent, banks started charging for ATM transactions.
There is no rationale behind all these restrictions on ATM transactions and transactions through bank branches.

It is an attempt to collect money in the form of various charges and penalties, from the easiest and weakest link in the whole banking system.

“But what they are forgetting is that these are the same people whose money – in the form of savings – is basic necessity of the Indian banking system. The whole banking system will collapse and will have no capital for banking activities if there is no household savings in banks.”

In the previous four years (from 2014 to 2018) 21 public sector banks and three private banks collected Rs.11,500 crore as penalty for not maintaining minimum balance alone. This amount is only from one of the many service charges that banks are collecting from account holders.

Banks are also charging for other services like debit cards (annual charge, issuance charge, renewal charge); charges against transactions performed through ATMs (money withdrawal, balance inquiry, mini-statement etc.); charges for transactions declined with debit cards due to insufficient funds; change of mobile number, address and KYC documents; SMS alerts; online transaction charges; charges for balance certificates and signature verification; cash deposit in others’ accounts; surcharges on debit card uses; cash deposits at CDMs (cash deposit machines) etc. (The data is not available in public domain as to how much money banks have collected through all these service charges.) 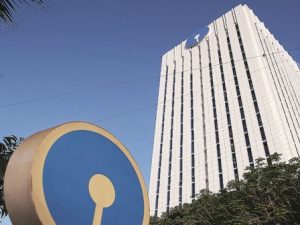 Now, the most important question, why the sudden increase and new charges on almost all the banking services? The answer lies in the crisis that banks are facing in current times.

The ongoing banking crisis is nothing but a well-known fact. We have been reading about it since the time when Raghuram Rajan as the Governor of RBI, decided to get the actual picture of real bad loans with all banks. The non-performing assets (loans which were not paid back to the banks) had crossed Rs 10 lakhs in 2018 from Rs. three lakhs in 2014.

Fifty per cent of total NPAs (Rs. 10.35 crores as of March, 2018) belong to top 100 borrowers of this country. In fact, 75 per cent of all bad loans are above Rs. 100 crores. This clearly indicates that the loans which were not paid back were issued to the corporate sector.

These bad loans have worsened the banks’ balance sheet. Because of this, the money which banks need to put aside (called provisions) for bad loans has increased manifold, resulting in decrease of money available with banks for lending.

This clears the reason behind the recent increase in the amount of bank charges. It has no direct link with the cost of providing banking services, rather it is because of the increase in bad loans issued to corporate houses.

The increase and introduction of new charges shows that banks are in hurry to recover the losses from bad loans issued to corporate sector. The saving depositors make an easy target for the banks, as they are individual citizens – the most fragmented body – ensuring almost zero opposition against this clever step taken by banks. These bank charges are nothing but a clearly thought out plan to compensate the loss by charging common people of this country.

“To resist this onslaught of bank charges, especially on marginalised and poor section of the society, a group called Financial Accountability Network, India – collective of civil society organisations, unions, people’s movements and concerned citizens – has started a campaign “No Bank Charges” to demand the Government and RBI to remove all bank charges for saving account holders all together.”

For more details of the campaign and to send email to Prime Minister, Finance Minister and RBI governor demanding the removal of bank charges, visit www.fanindia.net.

The writer works with Centre for Financial Accountability. He can be reached on twitter @kajla_ashish