Even as news reports suggest that price drop may not be uniform and may just cover one-third of the 42 drugs, a seminar ‘Accessibility, Affordability & Availability of Medicines for All’ has been planned by the Government body along with industry body, FICCI on March 12. 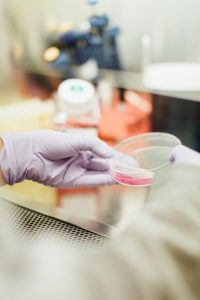 Recently when the National Pharmaceutical Pricing Authority (NPPA) invoked extraordinary powers under Para 19 of the Drug Price Control Orders (DPCO) under the Essential Commodities Act, to cap trade margins to 30 per cent for 42 anti-cancer drugs, it was seen as a much needed move to restrict profit margins and decrease out-of-pocket expenditures, starting March 8.

However, independent networks working for accessible and affordable use of essential medicines point out that the cap which has been initiated on a pilot for proof of concept (meaning such actions may also cover other drugs soon) may not bring down the Maximum Retail Prices (MRPs) of majority of the medicines and also fails to cover all the 42 drugs.

“We note that the decision on trade margin was done in the absence of stakeholder consultation to solicit their views. Further, it is not evidence-based and done without accounting for promotion strategies or an analysis of the possible impact on prices. This decision is inadequate, flawed and will not lead to price reductions in the case of majority of the drugs – in contradiction with the stated objective,” said Malini Aisola, health researcher and co-convenor of All India Drug Action Network (AIDAN) in a public statement.

Aisola told Delhi Post, “They say it is for the public benefit. But they have tried to fool the public. The timing is also just before elections. The entire move is superficial. We understand this issue because we are in touch with the patients directly.”

The NPPA on its cap order had stated, “Tentative savings to the consumers would be more than Rs.105 crores. Saving across more than 100 brands expected up to 80 per cent.” “The claim that all possibilities were considered is hard to defend given that data available with the NPPA through AIOCD-Pharmatrac is limited to half of the 42 drugs. It was therefore impossible for NPPA to have worked out the possibilities for capping trade margins lacking the data to do such an exercise,” as per the network, adding. “Rather, it appears that the formula devised by the Standing Committee for affordable medicines and health products was readily accepted without due diligence”.

Summary of price reductions in case of 355 brands studied by NPPA.

The activists say that 30 per cent margin is actually equivalent to a 43 per cent markup on the price to stockist. “This methodology is a shocking departure from methods to curb prices in the DPCO and provides excessively high margins.”

Referring to the January 3, 2019 amendment to exempt new patented drugs and orphan drugs from price control for five years from the date of commencement of its commercial marketing by the manufacturer, they say that “a massive escape hatch has been created”. Notably, prior to this amendment in Para 32 of DPCO, exemption for five years was available to only those new drugs which were patented in India but were not produced elsewhere and were developed through indigenous research and development. However, with the recent amendment in DPCO, any new drug can get exemption if it is patented in India under Indian Patents Act, 1970 and developed and manufactured by any patentee across the globe. This may provide impetus to licensing of new medicines amongst the drug companies in India. “The government appears to be in denial that para 32 supersedes para 19 and other provisions of the DPCO,” they state noting that even “frivolous ones” can get patented.

Even as news reports suggest that price drop may not be uniform and may just cover one-third of the 42 drugs, a seminar ‘Accessibility, Affordability & Availability of Medicines for All’ has been planned by the Government body along with industry body, FICCI on March 12.

The agenda of the seminar, drafted by FICCI, is seen as “promoting” the recent move to cap trade margins on the 42 cancer drugs.

“Profiteering is not a done thing in healthcare. At every conference MNCs espouse affordable access but simultaneously block it by opposing Price Caps and Capping Trade Margin over overseas/Indian mfrs price – time to extend price caps,” tweeted Nath.

AIDAN states that “co-hosting the seminar with FICCI is a departure from NPPA’s earlier practice of not organising events with industry bodies as it gives the impression of unduly favouring commercial interests over public interest”. “By allowing FICCI to frame the agenda, consumer organisations like AIDAN and other stakeholders have been excluded, which will propagate a one-sided discussion about a policy that has wide-reaching implications for affordability of medicines. We see this as highly problematic,” read the statement.

Aisola further told Delhi Post, “The industry is of course happy. It is patients who are not getting anything out of it and that is a matter of grave concern for us.”

They say that “margin capping will be effective in bringing down prices only when combined with price ceilings”. “We have found that in spite of discounts, drugs remain out of reach to patients. Hence, it was important to combat the exorbitant prices and bring them to an affordable level. This policy fails because even where price reductions may occur, they may not compete with the discounts that were being offered.”

Has AIDAN any plans to approach the government? “We plan to put out a much detailed statement on the issue. We have not been invited to the conference so far but if it is open for all, we would definitely put forward our contentions,” Aisola told Delhi Post.