Indian legislature has failed to provide any support to the judiciary in deciding which theory of punishment to adhere to and which theory to consider as dominant in particular crimes. 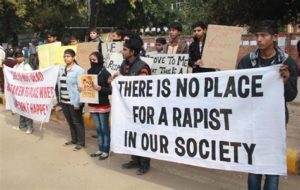 n 1994, the Supreme Court (SC) gave a controversial judgement in a case involving the rape of a young woman by two men. Raju vs the State of Karnataka, brought forth the appalling nature of judicial sentencing norms in the country as the SC sentenced the men to three years rigorous imprisonment citing ‘special and adequate reasons’. While the offence in itself mandates a minimum of seven years, one of the mitigating factors was that the offenders were young and could not overcome the fit of passion. Such sentences, in absence of structured guidelines, have led people to question the sentencing norms.

This becomes evident from Mrinal Satish’s ‘Discretion, Discrimination and the Rule of Law’. Analysing cases involving rape in the HCs and SC between 1984 and 2009, he concludes that irrelevant mitigating factors—virginity of the victim, marital status of the accused and the victim, and socio-economic condition of the accused and his dependents—have sometimes led to imposition of lesser sentences. The appellate structure is often cited as support for judicial discretion which Satish highlights stating that even the High Courts do folly into stereotypes and prejudices.

This trend of varied, and sometimes inadequate, sentences can be attributed to divergent strategies. Shahid M. Shahidullah’s ‘Comparative Criminal Justice Systems’ points out that the West in the latter half of the 20th century transitioned to a ‘go-tough’ strategy including a change in the theory of punishment from reformative to deterrent and preventive theories. He states, “However, the go-tough strategies are not simply a bundle of new punishment strategies. They also represent a new philosophy of governance in crime and justice that is based on the assumption that crime control in modern societies is not simply a matter of offender treatment and rehabilitation … the new policy suggests getting tougher in sentencing, incarceration and incapacitation of the offenders…”. 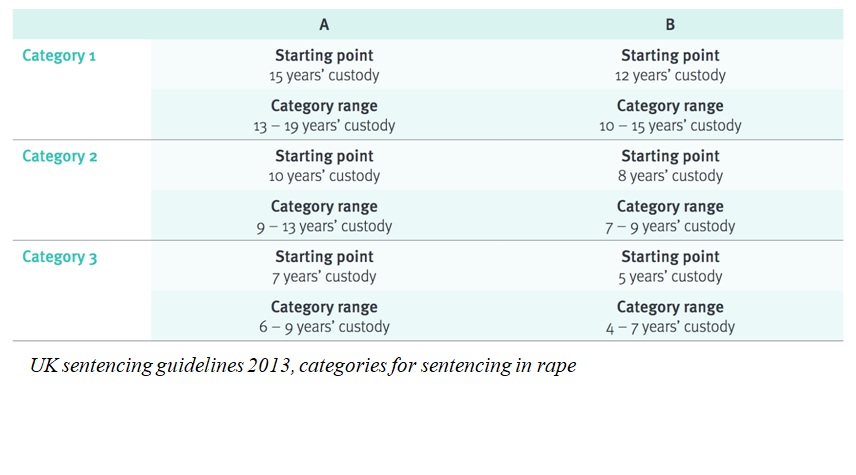 The reform entailed setting up of agencies to form sentencing guidelines. Australia did this in 1978, followed by the United States and Canada in 1984 and the United Kingdom (UK) in 2004.

“Australian Law Reform Commission 2006 published ALRC Report No.103 serving as the key source for federal sentencing guidelines. According to the report, the purpose of sentencing (theory of punishment) should be accorded importance.”

The legitimate purposes, as mentioned, included: deterrence, retribution, rehabilitation, incapacitation of the offender, denunciation and restoration. The UK, on the other hand, added that the council should keep in mind the seriousness of the offence as an overarching principle while developing sentencing guidelines.

But before one delves into the matter of sentencing, there is a need for a precise definition of sexual offences. United Nations in its ‘Handbook for Legislation on Violence against Women’ (2009) advises countries to normalise the sentences. The handbook recommends that the existing offences of ‘rape’ and ‘indecent assault’ should be replaced with a broad category of sexual assault, graded according to harm.

While rape involves acts involving penile penetration, penetrative acts by any other body part are covered by ‘assault by penetration’. Sub-classifying penetrative acts into ‘rape’ and ‘assault by penetration’ allows the guidelines to give two different category ranges of sentences. Further, they prescribe three categories within each offence according to the seriousness, which can be adjudged by assessing the culpability of the accused and the harm caused including harm to the individual, society and public sense of morality. The guidelines also stipulate a list of aggravating and mitigating factors which the court can consider to move upward or downward in each category. Despite a provision for a category range, the court is allowed to breach the range of sentences, as in the case of providing life imprisonment in cases of ‘rape’ or ‘assault by penetration’, citing reasons for doing so.

“The Indian context, differs as the definition of rape includes all penetrative acts. It does not make a distinction within this broader classification like the UK or Canada.” 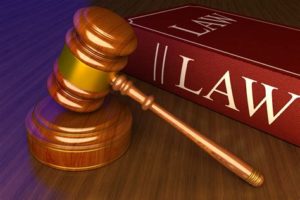 Justice Verma Committee in 2013 did conclude that removing the definition of rape might seem as a dilution to the public of the political and social resolve of “respecting, protecting and promoting women’s right to integrity, agency and autonomy”, yet there is a need for a UK-kind sub-classification, to ensure different degrees of crime are recognised and punished accordingly.

More importantly, Satish highlights an urgent need to address the variation in the theories of punishment. Indian legislature, in this case, has failed to provide any support in deciding which theory of punishment can the courts adhere to and which can be considered dominant in particular crimes.

“On the other hand, a view as purported by the 47th Law commission report is that there cannot be any mathematical certainty in sentencing. The report observes there are unpredictable factors in sentencing which should be left to judicial discretion, as any restriction could harm the system.”

Thus, it is essential to strike a balance between the two. With the current system of sentencing, the legislature can list the relevant mitigating and aggravating factors for each crime while taking into account the theories of punishments it holds dominant, and leaving enough room in the range of sentencing to account for the peculiar facts and circumstances of each case.