The UVAF can act as a critical tool in India’s development of climate resilience and disaster risk reduction in cities, through identifying existing vulnerabilities and there by working strategies developing climate-resilient cities and evolve adaptation plans.

In India most of the cities are vulnerable to the climate-induced natural hazards. As per the National Disaster Management Authority (NDMA) 58.6 per cent of the Indian landmass is vulnerable to floods and river erosions, 5700 km of the country’s coastline is prone to cyclones and tsunamis and more than half (68 per cent) of its cultivable area is drought-prone. In terms of the number of disasters faced by the 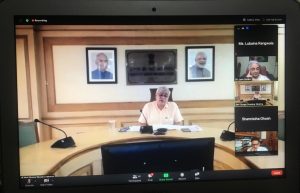 country, it has been found that within a period of 30 years (1980–2010) the country has experienced a total of 431 disaster events which took toll of around 43,039 lives and affected 1521 million people. The total economic damage caused by these disasters was approximately USD 48 billion. On an average, the natural disasters in India affect a population of 49 million per year and bring the estimated economic damage of USD 1.55 billion. Recent events of disasters in cities like floods in Chennai, Guwahati, and Srinagar (floods due to incessant rainfall, the situation worsened by poor drainage system), and the cyclone in Visakhapatnam have brought attention to the vulnerability of Indian cities.

With an urban population of 31 per cent, India is at a point of transition where the pace of urbanisation will speed up. The urban population contributes over 60 per cent of India’s GDP. It is projected that urban India will contribute nearly 75 per cent of the national GDP in the next 15 years. The aspect of climate change is a pressing environmental concern in cities, and is creating an additional stress on urban infrastructure and lifeline services. Inevitably it is creating a huge problem for the city residents. In this scenario, adaptation and mitigation to climate risks in cities are important aspects of the Indian government’s efforts to fulfill its commitment to the United Nations Framework Convention on Climate Change (UNFCCC).

Secondary information sources available at the city level were used for assessing climate vulnerability of the cities.

Within this context, IRADe organised a national workshop on “Climate Change and Cities: Urban Climate Vulnerability Assessment Framework”. The workshop was inaugurated by Shri Durga Shankar Mishra, Secretary, Ministry of Housing and Urban Affairs, Government of India. Adaptation and Mitigation to climate risks in cities are essential aspects of the Indian government’s efforts to fulfil its commitment to the UNFCCC, said Prof.  Jyoti K Parikh, Executive Director, IRADe, while welcoming delegates to the workshop.

Shri Durga Prasad Mishra, IAS, Secretary, Ministry of Housing and Urban Affairs (MoHUA), Government of India lauded the efforts taken by IRADe to organise the important workshop, which involved municipal commissioners from various cities.  He pointed out that we must be sensitive to the environment to avoid disastrous consequences. He stressed on historical data, which showed how climate change destroyed civilisations. Shri Mishra added that cities are like laboratories for evaluating the impact of urbanisation and challenges from climate change. Development cannot happen without inclusiveness, resilience, and without moving away from Business as Usual Scenario. He added that cities have been impacted more by COVID-19, and this UVAF (Urban Vulnerability Assessment Framework) is critical for cities adaptation measures in the future.

Dr. Sudhir Krishna, Former Secretary, Ministry of Housing & Urban Affairs. GOI,moderated the session on UVAF and stressed upon the importance of climate-resilient cities. He also emphasised on the need for development plan of urban agglomerations and not just the city municipal limits. 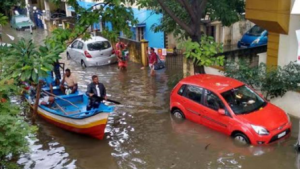 The UVAF can act as a critical tool in India’s development of climate resilience and disaster risk reduction in cities, through identifying existing vulnerabilities and there by working strategies developing climate-resilient cities and evolve  adaptation plans. The UVAF implementation will meet the Government of India’s dual objectives of Climate Change Adaptation (CCA) and Disaster Risk Reduction (DRR).