The objective of the video challenge is to foster awareness and value of community radio as an alternative medium for the self-expression, learning and growth.

The Commonwealth Educational Media Centre for Asia (CEMCA) and United Nations Educational Scientific and Cultural Organization (UNESCO) organised a Community Radio Video Challenge (CRVC). Since the last six years, CEMCA, in collaboration with other reputed national and international organisation, has been organising the video challenge competition for social awareness and educational purpose. Every year, the theme of the video challenge is based on various social and educative subjects. This year the idea for CRVC 2020 was “Community Radio: Changing Lives”, which includes different sub-themes like developing and promoting skills, building livelihoods, and creating entrepreneurs. 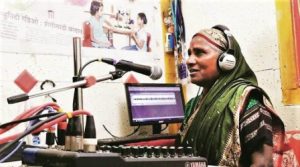 CEMCA is an international organisation which promotes information and communications technology (ICT) for education and training. Besides, it supports community radio in the commonwealth countries of Asia, more particularly in India and Bangladesh, for the past seven years. It played a crucial role in facilitating and setting up of several such stations that are currently in operation in India. The objective of the video challenge is to foster awareness and value of community radio as an alternative medium for the self-expression, learning and growth. Since 2014, it has been a unique competition focused on students from all disciplines below the age of 25 years.

This one of a kind competition allows students to showcase the potential of community radios through the art of filmmaking. Anyone interested in participating in the contest can pick fictional as well as non-fiction stories. Still, the content must remain original as the organisers ask for an original script of the movie with the submission of the film. Also, the competition which witnessed its seventh edition in 2020 is launched with different topics each year. Usually, the applications are opened in the first week of December, and the submissions conclude in the first week of February. The past themes of the competition were: why community radio matters (2014), citizen’s voices, empowering societies (2015), addressing disasters, saving lives (2016), community radio for sustainable development (2017), community radio for women empowerment (2018), and community radio for climate action (2019).

After submission and acceptance, the films are evaluated by a distinguished jury. The final evaluation is based on overall impact, originality, creativity, relevance and clarity of message and technical proficiency and quality. The winning films receive awards, cash prize and certificate in the ceremony organised by CEMCA and UNESCO.

The encouraging factor with this event is that, in addition to the competition and award ceremony, all the award winners and 10 participating student filmmakers get an opportunity to participate in a two-day workshop on “Documentary Filmmaking”.

“CRVC is a one of a kind competition in India which was initiated to spread awareness about Community Radio in the country. It gives a platform for students to showcase their talent. The 2-day workshop helps students to understand the technicalities related to documentary film making and many other approaches on shooting and scripting. Although the competition is open for all, the students of journalism and mass communication are seen participating in large numbers in the competition. This competition is unique in a way as it is a video challenge for Radio.”

The length of the film submitted for the competition must be between 3 and 5 minutes, and the film can be in any language. Only the resolution of the video should be taken care of, or else there is no prescribed tool or equipment for shooting and developing the video. Rest of the guidelines regarding this video challenge can be obtained from the official webpage of CEMCA.

Rachna Gohil, the first prize winner of CRVC 2020 for her movie “Safalta Ke Safar”, speaks about her experience of participating in CRVC:

“CRVC has the power to unleash creativity and imagination in the youth. My team and I got this golden opportunity to be a part of this competition, and it was once in a lifetime experience. We learnt teamwork, working with restrictions, under limited resources and of course film making. CRVC brought us a door towards practically executing all the theory we had learnt so far. And to our surprise, we did not expect us to come out so well and win the competition. CRVC showed us a mirror which made us our goods visible and also emphasized on our weak areas. My team and I will always be thankful to CRVC.” 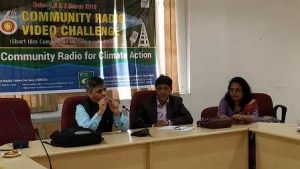 My entry got a Special recognition award of CRVC 2020 for my movie “Setu” and in my opinion:

“CRVC is a once in a lifetime opportunity for any student. The best part of the competition is that it is not limited to media students. The main challenge for me during the making of the movie was to narrow down the movie to 5 minutes as my movie theme was broad. There are challenges and hardships in the entire journey of movie-making, but one gets to learn a lot and especially when doing it with a team. The constant fear of whether the film will be accepted or not after so many efforts, motivated me to give my best shot in a short time. I came to know about the competition in mid-January, less than a month for the competition to end.”

All the awarded films for 2020 can be viewed here: http://cemca.org/crvc/result.php.

The writer is a freelance journalist based in Bhubaneswar. She can be reached on twitter @AgrawalSandhya

The writer is a freelance journalist based in Bhubaneswar. She can be reached on twitter
@AgrawalSandhya