Students may send their original creative technological and design ideas in the form of proposal for the innovation awards.

Now students may give any novel and utilitarian solution for any existing societal problem, it may be new method, device or utility and for this they would be awarded. Council of Scientific & Industrial Research (CSIR) has announced Innovation Awards for School Children (CIASC) to support their scientific temperament and to encourage innovative spirit among them. 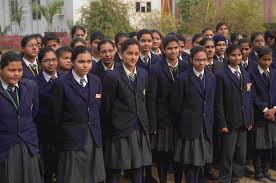 competition. Proposals can be submitted by a student or a group of students of any Indian school. Students of up to Class XII and below 18 years of age as on 31st January 2020 are eligible to apply. They can apply through the Principal or Head of the School. The proposal would be categorized in groups such as Biotechnology, Biology, Chemistry, Electronics and Engineering device or design. However, design-based applications would be encouraged. The concept of the innovation should have been proved through a model, a prototype or an experimental data.

The proposal for CIASC Award 2020 should relate to innovations developed or published or exhibited during the period from January 1, 2019 to 31st December, 2019.

The applications for the award not exceeding 5000 words in English or Hindi with requisite drawings or photographs will be considered. The write-up sent by the student must describe the subject matter in a problem-solution mode, highlighting the novel features of the innovation and its advantages. The awardees will be selected by a high-level Award Selection Committee of CSIR. The decision of the Committee will be final. Award would be announced on or before 26th September, 2020.

CIASC award was initiated in the year 2002 on the occasion of the World Intellectual Property Day, which is celebrated throughout the world on 26th April. CIASC is an annual national competition to harness the creative and innovative spirit of school children. (India Science Wire)

(The writer can be reached on twitter@ashajyoti11