Deurbanisation: ‘New India’ to Live in Small Towns and Villages

With deurbanisation, small towns and rural areas are going to benefit. The big boom in internet and the lesser living costs will force many offices to shift to these locations.

Everyone thinks and all the reports say that more and more people are going to live in cities and migration to cities is going to continue. Although it might look like a foolish statement, it can be rightly say that India is going to experience ‘deurbanisation’, where in people from cities set out to villages. Roughly 55 per cent of the world’s population now lives in cities, which is predicted to increase to 70 per cent by 2050. There are so many webinars on what is going to happen to our cities, but I have not listened to any one of them. 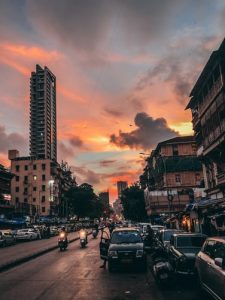 However, I strongly believe that this is going to happen for the following reasons (not in the next one or two decades, but the trends will start). This is not just because of the COVID-19, but for a variety of other reasons also, towards which many of us turn a blind eye. All these have been happening in the developed countries, but we have a habit of not learning from the mistakes the West has committed.

Work from Home as a Trendsetter

COVID-19 has shown that work from home (WFH) is practical. Tata Consultancy Services (TCS) has already announced that they are going to shrink their offices to as much as 25 per cent. This will be followed by many companies, which are going to shrink their offices (huge savings in rent). Moreover, their employees do not have to stay in the cities or rent apartments. They can stay in their village houses or in their ‘farm houses’, which cost hardly 20 per cent of the city houses. It is a win-win situation for employees and employers. The pandemic has hastened this process in two months, which would have taken five years otherwise. We have to find alternate uses for all these buildings, which are expensive to maintain. All those buildings, which are badly designed and expensive to maintain, are going to suffer in the coming years.

A study done in the US (before COVID-19) has shown that more than 20 per cent of the shopping malls in the country are already closed due to lack of business. There were many attempts to convert them into offices, clubs, etc. This trend is going to get accelerated very much, since online trade has picked up in many of the segments. Already in Chennai, Spencer Plaza which was built 20 years ago is facing a huge decline in shopping and they are finding stiff competition from all the newer malls, which are better designed with more facilities. This will be the case with all the Metro cities. The employment in the retail shops, office and many related services will come down drastically.

Small towns and rural areas in India have been on the decline for the last three or four decades. We have been neglecting the built heritage of these places all these years. In the villages, there are so many vacant buildings. However, with deurbanisation, small towns and rural areas are going to benefit. The big boom in internet and the lesser living costs will force many offices to shift to these locations. The big companies might retain a core office for liaison work in the cities. The advantage of shifting to the villages is pure air and water. If the infrastructure in our villages gets improved, then this transition will be faster. Government pumps its resources into its cities. Within cities, more projects happen in those areas where the rich live at present.

People come to cities for jobs, not for housing and the loss of jobs will force people to move into smaller towns and villages.

Our cities will become less liveable in the future. Pollution is very high in Indian cities and it claims 7 million lives each year, many times more than what COVID-19 has claimed so far. We waste so much time sitting in traffic jams. More and more scientific discoveries are going to come out in the future forcing people to move away from the cities. People will become more and more aware of the environmental issues. They are going to live longer, if they live in villages and smaller towns.

Climate Change to Push People Out of Cities

Except the scientific community, the politicians, bureaucrats, professionals, etc. are not concerned about the vital issues of climate change and global warming.

The estimates of the number of people going to be affected by climate change have tripled three times during the recent period.

The disasters such as floods, cyclones, earthquakes, etc. will be on the increase according to the climate scientists. As per the Climate Central Report, the improved elevation data finds that even with moderate reductions in greenhouse gas emissions, India where 36 million people live today could face annual coastal flooding threats by 2050. That is roughly more than 31 million than assessments based on prevailing elevation data. By 2100, areas which are home to 200 million people will fall below the high tide line. The sea level rise will make the coastal cities look very different 50 years from now. Many houses, offices, apartments and other facilities will have to be abandoned in cities, which will force people to migrate to villages.

We need drastic changes in our approaches and policies to deal with climate change crisis.  I am of the opinion that de-urbanisation or counter urbanisation has to happen. Reverse migration to the villages is required, which will eliminate many urban issues such as homelessness, waste disposal, lack of adequate drinking water, and the high real estate prices, which 90 per cent of the people cannot afford, etc. Mahatma Gandhi, the Father of our nation, said that India is living in its villages. Instead of building too many skyscrapers, we should concentrate on conserving our existing building fabric, which is cheaper, and will emit much less green house gases, thereby benefitting future generations.

A doctorate from the Indian Institute of Technology (IIT), Madras, Benny Kuriakose is a professional architect and researcher based in Chennai. He has travelled diverse paths and translated the philosophy of his mentor Laurie Baker into the concepts of cost-effectiveness, conservation and sustainable architecture. Benny’s strict adherence to the universal principles of architecture can be seen in the range of his works in individual houses, resorts and institutional projects, and in the Dakshinachitra project in Chennai, rehabilitation of disaster sites at Nagapattinam, Bhuj or Lattur and the Muziris Heritage Project in Kerala.