Disgorgement: A tool to fight corruption and poverty

In the fight against corruption, India should shift its focus from imprisonment of the criminal/offender to civil forfeiture of the looted resources. 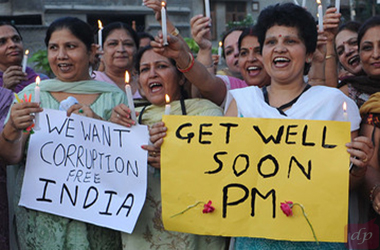 Lalu Prasad Yadav has yet again been convicted in a couple of corruption cases. He is faced with a series of corruption cases from 1990s when he was the Chief Minister of Bihar. His party Rashtriya Janata Dal (RJD) has promptly informed that it would be approaching the higher courts to appeal against his conviction. This conviction is symbolic of two things – the long and arduous process in investigating and prosecuting corruption cases; and second, the cost that such litigation causes the state exchequer. However, for a motivated offender, a simple cost-benefit analysis is sufficient to convince him that corruption pays in India.

First, the wheels of justice move too slowly. As has been seen in this case and similar cases, the time taken to conclude and convict in such offences is alarmingly long. Then, there are the various appeal courts where the remaining drama is to unfold. Second, political interference cannot be discounted. In the past, incidents have been reported that politicians do interfere with the investigative and judicial processes to deliberately slow down investigations. Third, corruption within the systems which should serve justice is also not uncommon. Thus, there is no capable guardian that can effectively stand against corruption, and the offenders know this only too well.

Another interesting fact, when one looks at the prosecution of these financial crimes, is the hype and the over-zealousness of both the media and the government (politicians) to see the physical imprisonment of the corrupt. Unfortunately, in all of these high-profile corruption cases, the systemic ineffectiveness has led to inconclusiveness sand indifference. But in all this talk and hype, there is a glaring omission – no talk about disgorging the offender of the ill-gotten assets.

Understanding corruption to enhance the fight

To quote a widely accepted definition of corruption– it is ‘the abuse of entrusted power for private gain’. Various instances of grand and political corruption have been reported and investigated in India in the past. However, due to the information required to convict a person, it has always proved to be a daunting task for the investigating agencies. But, there is another legal avenue that could be profitably used to make the fight against corruption effective – the anti-money laundering laws. India being a member of the Financial Action Task Force (FATF) is bound to implement its recommendations on bribery and corruption. Accordingly, bribery and corruption are made predicate offences.

As far as the Anti-Money Laundering (AML) laws are concerned, it is difficult to attribute a mental intent to the act of laundering without being linked to a predicate offence. Hence, any AML regulation requires the collection of huge amounts of data. Incidentally, for any AML regulation to succeed, it requires huge investments in training to collect such information and later to share such information. Similarly, cooperation between the various investigative and regulatory agencies is also of paramount importance to successfully conclude an AML investigation. Due to these factors, developing countries have been anything but successful with AML cases.

Why focus on AML laws to fight corruption?

Quintessentially, almost every instance of corruption is motivated by a financial gain. As discussed earlier, despite the failure to imprison the offenders, there is scant focus/success in India on confiscating this ill-gotten wealth (a general pattern in developing countries). This in itself is another big factor in the cost-benefit analysis for the offender. From previous experience, the offenders have been able to shield the ill-gotten wealth from the authorities, probably with an element of co-option. This has helped them to involve in corruption confidently knowing that they would be able to enjoy the spoils of their actions. Hence the focus in India should shift from imprisonment of the criminal/offender to civil forfeiture of the looted resources. Such a shift is important for two reasons.

First, as is widely believed, the fight against corruption gains importance because it distorts the markets, investments and causes social sector outlays to be under-funded. Therefore, apart from limiting the erosion of belief in the state, it can also help limit the deleterious macro-economic effects these funds have on development. Second, the standard of proof for civil forfeiture of assets or funds through such action is much lower. In such cases the standard of proof is the ‘balance of probabilities’ rather than the more onerous ‘beyond reasonable doubt’– the standard in confiscation based on criminal conviction. Thus, the forfeiture of assets must be made effective and this ought to be seen as an additional avenue to raise resources for development.

The enforcement of AML laws

The Enforcement Directorate (ED) is the principal organ tasked with investigating and enforcing Anti-Money Laundering law/s in India. As mentioned earlier, information is a critical factor in the fight against corruption and money laundering. Luckily, due to the FATF the regulated industries are required to collect information and they have plenty of it. However, a cursory look at the website of the ED makes visible the bureaucratic approach. The structure does not disclose the close cooperation envisioned by the FATF between the various actors (regulated, regulators or other investigating agencies). Also, important facts and figures are not updated and even those disclosed are not easily comprehensible.

However, when one compares this with the Serious Fraud Office (SFO) in the UK, the difference in outlook is unmissable. The SFO is organised more like a commercial enterprise and even has independent directors. It has a budget and clear details of the cases it has handled (with all facts). In fact, it also mentions the value of assets that have been forfeited (holds true for the US Department of Justice as well). Simply put they act as profit centres and justify their existence by the value of the assets forfeited, and thereby the fight against money laundering and corruption.

It may be true that the AML laws were legislated due to external pressures. However, it is clear that there has not been effective implementation of these laws in many developing countries, and especially in India. This erodes the trust that people repose in the state and also their morale in not having a capable guardian. More importantly curbing the menace of corruption through the effective enforcement of AML laws can also yield economic resources needed for the state in providing development. For this to happen, the cavalier attitude of the ED and other investigative agencies needs urgent change.