Ethanol: A pathway for cost-cutting in state transport corporations

Blending of Ethanol with diesel is not a difficult exercise for the transport corporations, provided the nine crores of Ethanol is wisely utilised to bring down the fuel cost and reduce emissions of harmful Green House Gases (GHGs). 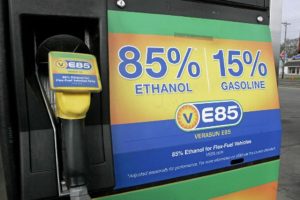 In India, all the major cities are affected with air and noise pollution on a large scale. Public transport systems have not been able to discourage the mushrooming private vehicles that cause high pollution and traffic congestions despite pumping millions of rupees into development of infrastructure. Besides both the central and state governments are looking out for alternative ways to reduce pollution as well as strengthen public transportation to discourage burgeoning private vehicles.

India’s crude oil import bill is increasing and the Central Government is mulling whether to introduce alternative fuels to reduce dependence on fossil fuels to mitigate both economic burden and pollution altogether.

The current regime under Prime Minister Narendra Modi has set a target of five per cent blending of alternative fuels through various products including Ethanol. Similarly, the target is set at 20 per cent blending in 2030 considering pollution by private vehicles.

In the year of 2015-16, 111 crore litres of Ethanol was produced by the sugarcane industry in India. Two years later, 139.5 crore litres of Ethanol was produced and the Minister of Petroleum and Natural Gas, Devendra Pradhan, said that it will help in achieving a four per cent blending. In contrast, some figures claim that production capacity of Ethanol stands at 2,240 million litres annually. The price in 2018 per litre of Ethanol has been fixed at Rs 49.50. Previously, in 2013-14, it was Rs 39.45 per litre.

In tandem with the move, “We are also setting up commercial plants based on advanced biofuels. To attract investments from other potential investors, oil marketing companies have agreed to provide guaranteed off-take of 2G (second generation) Ethanol from suppliers for a period of 15 years,” Pradhan stated. The government is also mulling whether Methanol production can be done from coal which is cheaper than Ethanol.

The minister has indicated that biofuels out of municipal solid wastes, sewage water and crop residue were also under the plan of oil PSUs.

Ethanol reduces pollution and increases life of the engine when it is mixed with petrol by generating oxygen. In terms of economics, currently the price of Ethanol is about Rs 41 per litre before tax. If price per litre of petrol is kept at Rs 70, and blending with Ethanol by 10 per cent, consumers will be able to save at least one-third of the total fuel bill.

There is a need to incentivise the biofuel production scheme launched in 2009 through a national policy. Under this, “For example, for a project cost of Rs 800 crore for generating 3.20 crore litre of 2G Ethanol per annum, financial assistance of Rs 150 crore will be provided. If the project cost for an annual 2G Ethanol capacity of 2 crore litre is Rs 600 crore, grant to the tune of Rs 100 crore will be provided,” the draft scheme said. It added that the financial assistance will be limited to Rs 15 crore per technology for demonstration projects.

However, oil marketing companies could not meet the target of blending of 10 per cent since they could only achieve three per cent owing to supply constraints.

Though the government is considering whether to add more Ethanol into petrol driven vehicles, alternative fuel is already at about 40 per cent of blend in few countries like Brazil and Cuba, among others.

However, most of the public transport in India uses diesel as fuel. Diesel blending with Ethanol is also possible with certain changes. For diesel blending, Jatropha plant cultivation was encouraged by the late President APJ Abdul Kalam during his tenure. Through the scheme, farmers would have been benefitted by an additional income. However, it was almost forgotten or given least preference by successive governments including the current regime. In absence of suitable alternatives, Ethanol shall replace it. Many studies also indicate that the proposal has great potential for the country as the fuel cost and environmental protection are proportional to the blending level. 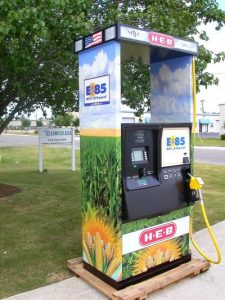 Tamil Nadu is one of the states where Ethanol production level and urban-rural connectivity is high. Several prominent persons have pointed out that the real potential of the state to fully utilise the Ethanol producible in the state is estimated to be around 9 crore litres.

Pattali Makkal Katchi (PMK) founder Ramadoss is a strong votary for utilising its potential to reduce pollution and make sugarcane mills pay back their dues in time. Thousands of crores are kept pending every year by the mills which adds to the woes of the farmers. Ramadoss alleges that the state government allows the units to produce only 50 lakh litres of the fuel, since the molasses are provided to produce alcohol in the state. It is well-known that TASMAC is given preferential treatment by the state government aiming for more revenue to the exchequer.

The state public transport corporations operate around 20,000 fleets including the capital’s Metropolitan Transport Corporation. The fleet strength has not changed much since the year 2011 with the addition of few hundred new fleets that have been purchased. In this scenario, blending of Ethanol with diesel is not a difficult exercise for the transport corporations, provided the nine crores of Ethanol are wisely utilised to bring down the fuel cost and reduce emissions of harmful Green House Gases (GHGs).

Though the state needs to obtain the necessary permission from the central government regarding blending of Ethanol since fermentation is a subject of the Union list, taking into consideration the need for strengthening public transportation and lesser costs for rural masses, the Central Government itself encourages usage of Ethanol.

With a conventional estimation of blending Ethanol with 10 per cent against a litre of diesel, the required amount of Ethanol would be around 55 lakh litres per month. For annual usage, STCs need 6.60 crore litres of Ethanol.

Deducting the urban transport services of MTC and State Express Transport Corporation (SETC) fleets, most of the other state divisions operate largely for urban-rural connectivity. Even by a rough estimation, 75 per cent of such fleets would be plying for rural surroundings.

“The STCs incur losses primarily due to operations in rural inhabitations without a profit motive. If the government is willing to allocate enough Ethanol to blend for rural transportations, the STCs would incur fewer costs which can increase fleet frequency to those areas where enough services are not available.”

The state’s large-scale private operators are also engaging their fleets to rural areas but not so frequently. The state can distribute Ethanol to them as well, with a condition that they must increase frequencies.