While discussing consent, the question that now needs to be asked is whether there was an enthusiastic, unequivocal yes, by both parties. 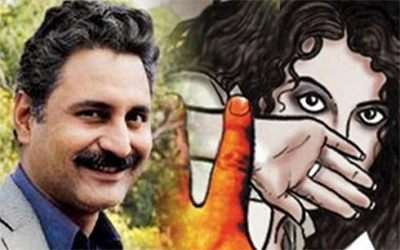 recently, babe.net carried a story about a 23-year old photographer’s date with Aziz Ansari, the famous comedian and self-acclaimed feminist. The date started with them eating dinner in a restaurant and ended with her crying on her way back home after what was an extremely uncomfortable sexual encounter. I read the account and had a number of questions on the first reading of the article. As a lawyer, I see things black and white. As a woman in a relentlessly patriarchal India, I have learnt that there are some grey areas which are equally important and need to be addressed nonetheless.

The first set of questions that arose once the story came out, was somewhat on the lines of, Why did she not say an unequivocal no and walk out in the beginning itself if she was uncomfortable? Why did she go ahead with so much and decide to stop at one point in between and left?

The answer lies in the very simple fact that we, as women, have been trained into thinking sex is for male pleasure and we just have to go with it, even when it’s uncomfortable and painful. And it is only now we are learning to process things differently. So, while she could have said ‘no’ straightaway, she did give him non-verbal clues about her discomfort because she was scared and uncomfortable to speak up.

Talking about India, the Delhi High Court six months ago passed a judgment in a case where the Peepli Live Co-director, Mahmood Farooqui was accused of raping an American woman in Delhi. The HC said that “such feeble hesitation can never be understood as  positive negation of any advances by the other partner.” The judgment went for an appeal in the Supreme Court and the decision was upheld.

The SC inferred that in cases where women have been involved with the accused sexually beforehand, a feeble no could mean a yes. The HC had previously said, while acquitting Farooqui that “the cases of women where a feeble no meant a yes” were not new to them.

The Delhi High Court’s judgment in a case where an influential writer-director in Bollywood was accused of raping an American woman does not blur the lines of consent, it erases that line 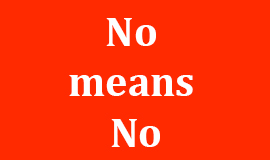 We have in the past decade somehow managed to convince men and everyone else, that No means a No. So, shouldn’t the debate now be about, whether there was an enthusiastic yes, to the sexual engagement? In Jaclyn Friedman’s Yes means Yes, the dialogue is about how instead of looking for a firm no to stop harassing and assaulting women, we should actually focus on whether there was an enthusiastic, unequivocal yes, by both parties, and that is what consent looks like.

This judgment does not blur the lines of consent. This judgment erases that line. Because the very fact that she mustered the courage and said no to the act should have been enough for Farooqui to not proceed forcefully. But he did, which throws light on male perception and thought process about a female when sexually forcing himself upon her. If they force women enough, they will say a yes.

And the deciding factor is the man. The person passing the judgment is a man.
And the accused is a man

The Delhi HC said, “The unwillingness of the prosecutrix was only in her own mind and heart but she communicated something different to the appellant. It is not unknown that during sexual acts, one of the parties may be a little less willing or it can be said unwilling but when there is an assumed consent, it matters not if one of the partners to the act is a bit hesitant. Such feeble hesitation can never be understood as a positive negative of any advances by the other partner.”

So, in this case, the Delhi HC concluded that the prosecutrix was not a sterling witness (one whose version is unassailable) since the prosecutrix had shared a friendly equation with the accused and faked an orgasm during oral sex, due to fear of getting physically harmed by the accused.

“An expression of disinclination alone, that also a feeble one, may not be
sufficient to constitute rape”

The fact that the evidence of prosecutrix with respect to the commission of the offence and accused’s admission and apology for the same makes victim’s account crystal clear, was disparaged by the court. This not only shows that most of us understand consent in the most restricted sense of the term, but it also throws shade on why we have not been able to criminalize marital rape as yet.

God’s Own Country: Kerala, the preferred destination for migrant workers