Fight Against TB to Get a Shot in the Arm

Researchers are developing a new diagnostic technique that promises to be easier, better and more affordable.

The fight against Tuberculosis (TB) could be in for a major boost, with a team of researchers drawn from several Indian institutions developing a new diagnostic technique that promises to 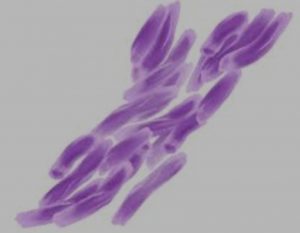 be easier, better and  more affordable.

TB is caused by a microorganism named Mycobacterium tuberculosis. It is a worldwide disease with over 10 million active cases and two million deaths every year. It occurs in two forms: pulmonary TB (PTB) which affects the lungs and extra-pulmonary TB (EPTB) that can affect any parts of the body other than the lungs.

A major problem with TB is that it is difficult to diagnose, especially the EPTB form since the bacterial loads are very low. The presence of the bacterium is confirmed in a variety of ways from a simple culture test to a sophisticated PCR test and all these methods are based on detection of the mycobacterium.

In recent times, scientists have been working to develop tests that are based on screening for host immune factors that are produced in the course of the infection as they are easier to detect. Researchers are particularly focussed on Cytokines, which are a large group of proteins, peptides or glycoproteins that are secreted by specific cells of the immune system. A major plus point with Cytokines is that they emerge early in the infection and can serve as good diagnostic biomarkers.

In the new study, the scientists focussed on a cytokine named Type I Interferon (IFN-α) as its level in blood supply increases in response to mycobacterial infection. Enzyme linked immunosorbent assay (ELISA) test is the most common technique used for the detection of cytokines in the blood. ELISA uses a specific antibody to detect a cytokine. However, the process is not trouble-free.

There is the possibility of batch-wise variations in the efficacy of the antibodies. Besides, they are highly expensive and require a cold chain for their storage.

Also Read : The problem of Tuberculosis in India

The scientists sought to overcome the problems by synthesising what are called Aptamers. Aptamers are a relatively newer class of molecular recognition elements that find applications in diagnosis and therapeutics. These are DNA, RNA, or peptide like molecules. In recent years, aptamers are increasingly being used in the arena of diagnostics due to their high affinity and specificity to their target. Their binding characteristics are similar to that of antibody−antigen interactions, which has resulted in their additional nomenclature as “chemical antibodies”. Aptamers have several advantages over antibodies since they can be customized, are cost-effective, stable, nontoxic.

The researchers’ team developed two aptamers and tested them on serum samples of TB patients.They found that they bound themselves tightly to IFN-α and thus were able to identify TB patients effectively. They tested the aptamers on blood samples of 98 TB patients and 117 persons who were free of any clinical sign of the disease.

CSIR partners with TataMD for diagnostic testing for COVID-19