The problem of Tuberculosis in India

India contributes to a quarter of the TB cases worldwide and holistic efforts are required for its elimination. 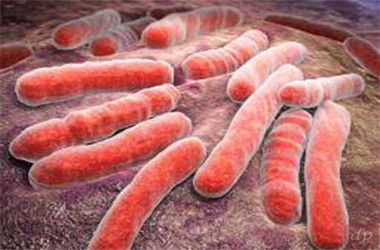 Tuberculosis (TB) is a treatable disease yet in 2015 it killed 1.8 million people globally, more than any other infectious disease could have in history (WHO Fact Sheet, 2016). India carries an undue burden in respect of tuberculosis, contributing to a quarter of the cases worldwide. The TB epidemic is slowing in India, but with 2.8 million new cases in 2015 alone, there is still a great deal to be done (National Strategic Plan, 2017). As a signatory of the WHO End TB strategy, India must ensure that the elimination of TB remains in focus. The Revised National TB Control Programme (RNTCP) has published a revised National Strategic Plan for Tuberculosis Elimination 2017-25 which provides India’s response to the TB crisis and suggests mechanisms to achieve the goal of elimination.

Tuberculosis is an infectious disease caused by the bacteria ‘mycobacterium tuberculosis’. It is spread between persons as a result of one coughing, sneezing or spitting and another ingesting the bacteria. Long term exposure to the bacteria or a weakened immune system can result in infection. For example, those suffering from HIV/AIDS and diabetes are at risk. It is necessary to differentiate between ‘active’ and ‘latent’ TB. ‘Active’ TB means the patient is suffering from the TB disease, while ‘latent’ TB means that inactive TB bacteria are in one’s body. Latent TB occurrence is a result of decades of transmission among the population which has left roughly 1/3 of the world’s population with the latent infection. Such infection has the potential to reactivate at any time (National Strategic Plan, 2017).

The RNCTP provides decentralised diagnostic services in microscopy centres in accordance with the WHO approved technology. However, diagnosing TB is difficult and expensive. Sputum collection testing is a common, inexpensive method used in countries with a high TB prevalence. However, it was developed over 100 years ago. It lacks sensitivity and fails to detect TB in children. The Light Emitting Diode Fluorescent Microscopy (LED FM) is another diagnostic method, yet it lacks accuracy and cannot detect Multi-Drug Resistant TB (MDR-TB). Solid and liquid culture diagnosis is the best test for TB. However, results can take between 4 and 8 weeks respectively, thus presenting problems regarding the appropriate treatment course. The ‘Genexpert’ technology is a welcome development. It uses sputum samples, and can detect MDR-TB. Further, it provides results within 2 hours, yet unfortunately it is not available throughout India. Where such resources are limited, the possibility of early treatment is frustrated, potentially resulting in further complications. The availability of diagnostic technology must be increased to achieve a national standard of care. Provisions must be made for better access to diagnostics and treatment in both rural and urban communities in order to eradicate discrepancies in care according to geographical location for both treatment and diagnostic services.

The Directly Observed Treatment Short Course (DOTS) strategy is not without flaws. TB treatment requires daily medication for 6-8 months. Completing the full course is imperative to prevent MDR-TB, the treatment of which is invasive and arduous. The ‘pill-in-hand’ tool has been developed to monitor and ensure patients’ adherence to treatment. Patients must free-phone the number printed inside each pill casing. A database is updated noting that the patient is adhering to the treatment plan on receiving a call. SMS technology can be used to contact patients or healthcare providers regarding an individual’s treatment. While such a system is laudable, Jose Luis Castro (the executive director of the International Union Against Tuberculosis and Lung Disease) noted that the majority of TB medication was ‘invented before astronauts walked on the moon’. A study by Satyanarayana in the International Journal of Tuberculosis and Lung Disease states that further problems arise regarding appropriate diagnosis and treatment plans as only 1/3 of healthcare providers are aware of the correct regimen for TB. Research and development is imperative to create new treatments that are more efficient and reduce the risk of MDR-TB. Private sector treatment creates great challenges in the fight against TB. It is fundamental that, in accordance with the National Strategic Plan, the private sector endeavours to adhere to the requirements in place for notifiable diseases. The largely unregulated private sector results in problems regarding treatment monitoring and outcome investigation. The government must require collaborative engagement between the private and public sectors to ensure free, universal access to treatment that is administered responsibly in order to prevent the spread of MDR-TB.

Collaboration and commitment between stakeholders including the government, health providers, NGOs and individual citizens is imperative. The India TB Caucus, launched on the 8 March 2017 is a commendable advance. This focus group consists of cross-party parliamentarians and Members of the Legislative Assembly who are committed to championing the TB cause. They seek to raise awareness and confront social issues surrounding TB, not only through other parliamentarians, but within their respective constituencies. The Indian Caucus summarised their aims in 3 goals: 1. to advocate for increased resources for TB prevention and care in India; 2. To raise the issue of TB within their own political networks and ensure that it remains among urgent political priorities; 3. to sensitise families and communities of those affected by TB, to address the stigma, and to ensure accessibility to diagnosis and treatment to every patient.

Supported by The Global TB Caucus who has a presence in over 130 countries, there is the potential to bring the TB narrative to the forefront in India with the result of elimination. The mobilisation of such stakeholders is imperative and indicates a movement in the correct direction.

The problem of TB in India is complex, largely underrepresented and misunderstood. The elimination of TB will be an arduous task requiring an accelerated effort and sustained commitment from a variety of stakeholders over a sustained period. The current focus and rate of decline in relation to TB requires acceleration if the WHO 2035 target is to be achieved. Holistic efforts encompassing research and development, nationwide awareness campaigns and improved access to healthcare facilities are required to eliminate TB in India.

Dr. B.N. Goud, a renowned surgeon and a Member of Parliament, is the Co-Chair of the India TB Caucus. He can be reached on twitter @narsaiah

Karnataka elections: A tough battle ahead