Frame guidelines on burning of ‘Ravana’ effigies: Delhi HC to Centre and State

The judiciary has taken charge in the matters of environmental protection, primarily because of the slow pace of government action in response to environmental hazards including Delhi’s deplorable air quality. 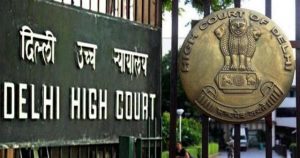 T he Delhi High Court, in a matter relating to air pollution in the capital, ordered the Centre and the state government to frame guidelines to regulate the burning of Ravana effigies on Dussehra. The matter came before the division bench of Justice S. Ravindra Bhat and Justice A.K. Chawla of the Delhi HC through a PIL filed by an auto-driver seeking directions forprevention of large-scale burning of effigies in the national capital.

Noting that the festivities had already begun, the court refused to grant a stay on burning of effigies this year. However, the court directed the BJP Government at the Centre and the AAP Government in the state to hold consultations for framing a policy that could be implemented next year.

Meanwhile, recently the National Green Tribunal (NGT) slapped a fine of INR 50 crore on the Delhi Government for its unresponsiveness in implementing its earlier order to stop illegal, polluting steel-pickling units in the national capital’s industrial areas – there are close to 90 such units which release effluents in Yamuna River.

“As we enter a season of festivities including Dussehra, Diwali and Christmas, as also a season of weddings, the city is staring at a possible increase in the already high levels of air pollution due to heavy use of fireworks.”

Last year, the Supreme Court had temporarily banned the sale of fireworks in the national capital around Diwali. Despite the ban, the air quality on Diwali had reached emergency levels, but some opine that the situation would have been worse without the ban. As Diwali approaches, there is no official word regarding the ban being repeated.

The move is also unlikely to be implemented by the state or the Centre, both of whom have opposed a total ban on fireworks. The AAP government in September, responding to the NGT, suggested putting a regulatory framework governing the sale and use of fireworks rather than imposing a blanket ban.

However, apprehending a ban on sale by the SC, similar to last year, TOI reported that the fireworks traders in Delhi are trying to sell their stocks before a ban can be imposed.

With smog-filled days choking Delhi in the offing, the political blame game between the Punjab, Haryana and Delhi Government has started. Amidst all this, Delhiites still hope for at least a marginal, if not a marked improvement, in the air quality as compared to last year.