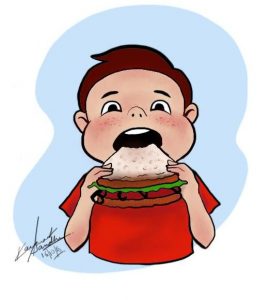 H ave you ever had that one professor who was sarcastic and witty? Who would greet you with a comment on how you looked that particular day or would curse right in front of you without a care in the world? Who never made a big deal about how informally students talked to her? I did. You probably did too.

She was my English teacher and I was so happy that we got her rather than an old bald person who probably wouldn’t be able to pronounce half our names right because of his accent. “She’s so cool about everything” is how a student from my class would describe her. “Oh my god, she totally understands us, why can’t all our teachers be like her?” is what you’d think once you sat through her class. I don’t know if she ever knew exactly how popular she was among her students because of her carefree personality. Her classes were never boring. Maybe, because she always threw in a joke or a pun here and there or she would always mention some bizarre experience she once had, which was never related to what she was teaching. It didn’t matter, most of us paid attention to her classes but I think we all loved to listen to her stories instead. Despite being in her 40s, she seemed like she was more interested in new and popular music, TV shows and movies. Whereas most people her age reminisced about how everything was much better during their time.

“I think she is too pretentious,” said a friend of mine as he bit into a chicken sandwich. “No she isn’t, I hear you hardly ever show up to her class and even when you do, you’re always late,” I replied as I spotted an ant on the table. I reached for his brass motorcycle key which was placed on the table and I tried to block the ant’s path with it.

“She tries so hard. She thinks she can get us to like her by talking about things most of us are into like memes and popular TV shows.” He continued and as blunt as ever with a mouthful chicken, he added, “Why do you even admire her? She doesn’t even know you.”

I gripped on to the keys tightly and slowly moved it away so the ant could pass. It’s true. She didn’t know me nor did she know my name. I’d been in her class for two months then but I didn’t blame her really. We were a class of 88 and she couldn’t possibly memorise all our faces and our names.

“But a part of me wishes that she did and she knew exactly how much I appreciated her opinions and how much I loved to sit in her class. Maybe it’s my fault, I never made an impression or did anything to make her notice me.”

There are mainly two types of students that teachers notice: the ones who volunteer to help them out, ask a lot of doubts and give their arguments and the ones who never show up on time, talk a lot and never do their work. And I didn’t fit into either category – I was the type who just sat in her class, fascinated by almost every opinion she had and I never raised my hand to ask a doubt or tell her why I strongly agree with her because I was just simply afraid of how it would sound stupid to her and to the rest of the class. How could she ever notice me?

“That’s okay, she doesn’t have to, I don’t mind that she doesn’t know me.” I spoke softly after a minute of silence. “Right, you keep telling yourself that”, he said as he got up, wiped the bread crumbs off his lips and reached for his backpack. He reached out his hand. “Where are you going?” I asked as I handed him his keys. We still had 10 more minutes of lunch break. “Not to class anyway,” He replied as he walked away from our table.

I reached for my bag. I thought I’d head to class. Maybe I should get her to notice me by slowly starting to interact more in her class, I thought to myself as I started walking. There was a huge crowd in front of the building. It was always like this when the lunch break was almost about to end. Somehow, I managed to squirm my way through and I accidentally shoved past someone. I turned around to apologise to the person.

“It was her. She looked at me. Well obviously, because I just shoved her. For some reason, I thought maybe she’ll recognise my face and probably just start off by cracking a joke about how huge the rush outside was. Because that’s what she usually did to my other classmates, or so I had heard. Instead, she gave me an irritated look and walked off.”

I just stood there as I saw her walk away. Maybe she was in a bad mood, I reassured myself. If only she had just somehow paid attention, to an introverted student like me.

I rushed up the stairs as I dug my hands into my pockets. I let out a sigh of relief as my fingers felt the brass motorcycle key. Thank god. I always had this habit of reassuring myself that I didn’t lose any of my belongings. I dashed to the door to our class.

“The teacher took her eyes off the English textbook and looked at me. Everyone’s eyes were on me as I had just made a grand entrance. “You’re late again,” she said, with that annoying husky voice. Isn’t that obvious? I thought.”

As soon as I spotted an empty seat, I started to make my way towards it. “Wow, thanks for zoning me in reality,” She called out with a sly smile as I sat down. There was a small laughter from the class. How was that even funny? I flashed her a fake smile so she’d just stop talking to me and go back to the chapter or whatever it was that we were doing.

I never understood why a lot of people liked her. Only very few people like me saw her desperate attempts to be appreciated as that “cool teacher”. Why did she even try so hard? Why couldn’t she just do her job, get paid for it and then leave us alone? Why did she even bother acting like she cared about her students? If I ever become a teacher, I’m just going to teach and not even bother trying to get to know some students. She mainly interacted with the first four benches in our class. The people beyond that were invisible to her.

As I was lost in thought she called out my name for the second time. “Huh?” I muttered. “Why don’t you read for the class?” She asked as she walked closer to my desk. Why did she have to pick me out of all the people? I had no idea what page we were on nevertheless, the chapter we were doing. I tried to refer to my neighbour’s book. “Where’s your book?”

She questioned even though she knew that I clearly didn’t have it. “Oh, uh I don’t have one,” I said as I shook my head. “I had asked everyone to read the chapter at home, did you read it?” She asked. “No,” I replied. “Now, I know you love going through memes just like me but once in a while you should brush up on what’s happening…” I cringed.

The class started to giggle and murmur as she talked to me and it’s only because she mentioned memes. This was literally all teachers had to say to us millennials to get our attention and it was not even funny.

“Last class she kept going on and on about why she loved Game of Thrones. It was so unnecessary and not even related to anything in our textbook. Like I said, if a teacher talks about what most of us are into, everyone gets hooked and sees past that sad attempt of them trying to fit in with us students.”

Just as she finished talking, the bell rang. People started to get up from their seats and moved around. She walked up to me and said, “I’ve noticed that you often come late to my class, if there is anything wrong you can always try talking to me about it,” and there she was with her “I’m that cool adult who will understand you no matter what” speech. “Yeah sure, alright” I said with a half-smile. I left class without wasting another minute. Why did she bother me so much? I thought to myself. It was annoying. I went to the cafeteria to get lunch, I was starving.

“I think, she is too pretentious,” I said to a friend of mine as I bit into my chicken sandwich.

The writer is a triple major journalism student at the Christ University, Bengaluru.

Frame guidelines on burning of ‘Ravana’ effigies: Delhi HC to Centre and State