The pandemic was not the problem itself, but it acted like a catalyst to bring forward all the problems we had within ourselves: Director Lars Knorrn.

German film Distanz is a ‘time document’ made during the pandemic. The Director, Lars Knorrn, was 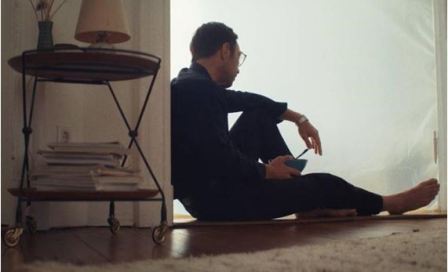 inspired by the devastating pandemic-induced fear and uncertainty to make this film.   Distanz (Distance) has been screened under the ‘Cinema of the World’ category in Goa’s 53rd International Film Festival of India (IFFI). Addressing a press conference today,   Director Lars Knorrn remarked, “I tried to explore the human need to push forward amid the fear and change happening around us”.

The film revolves around the life of Laszlo, who isolates himself during the pandemic. The film was shot amid the global pandemic-induced lockdown inside a single apartment. The cast and crew had to follow all the social protocols and abide by the pandemic-induced restrictions. “I wanted the film to look as realistic and authentic as possible to bring out the raw emotions. The actors had to shoot wearing masks at a time when my colleagues were shying away from shooting people in masks”.

However, it is not a film on the pandemic, clarified the Director. “The pandemic was not the problem itself, but it acted like a catalyst to bring forward all the problems we had within ourselves. While the character Laszlo is seen protecting himself, Zoe enters the apartment like a problem or virus and becomes a destructive force”, he said.

Lars Knorrn remarked, “The pandemic was a life-changing moment for humanity. We must put this somewhere in the film. As a musician, photographer, writer or filmmaker, it felt like the pandemic cannot be ignored in one’s work”.

Lars Knorr also said, “I wanted to portray the apartment as a character, in which each room has its own sound and tonality”. Distanz also showcases a fear of change. “If you have to change, you have to let go of the fear”, said Lars Knorrn.  He wanted to tell the story of two people in one apartment. He also said that the film reflects the fact that “sometimes you have to destroy yourself to refine yourself”.

Producer Felix Leiberg called it a ‘time document’ which would not have been done without the lockdown.  The film was shot and finished during the lockdown. “It’s a piece of time, a moment in history we wanted to capture creatively”, he stated. Speaking about Indian society, he remarked, “The history and culture here is much more connecting, sharing, kind and loving”.

On being asked about the challenges of shooting the film amidst the pandemic, both the actors Hannah Ehrlichmann and Lucas Englander said that even though there was fear of getting infected, isolating and living in the bubble with the crew made them feel safe. Hannah further said that getting into her character made her explore a rougher side of herself.

Hannah Ehrlichmann also said, “Part of the film shows the German way of being afraid of your emotions and talking about your emotions”.  Actor Lucas Englander described the film as “a document of time where we were going through a transition and started speaking about our issues and psychological problems and that we did not know how to be ourselves”.

The film describes the urge for liberation from the constantly growing social restrictions and complexity. “Distanz” is a reflection of our society today. Laszlo and Zoe negotiate in their most pure human form the consequences of loss, stress, ego, fear, sex and love. Distanz was written during the lockdown, shot in just one apartment, and produced independently. A modern drama that delves deep into the human soul and addresses questions of identity and the patterns of life.