How would India become a $ 5 trillion Economy?

For India, achieving an ambitious $ 5 trillion economy is a doable. With the strength of the historical pride, India can achieve the ambitious target despite the challenging tasks and hurdles ahead.

Election Manifesto of the BJP ‘Sankalp Patra’ has stated that India would become a $ 5 trillion economy in next 7 or 8 years. How it could be achieved? What are the implications?

On the footsteps of major international agencies Indian leaders including the PM envisage that the success story of Indian growth would be massive and more or less doubling the current status of $ 2.6 trillion economy. Modi has said a few months ago that it would be achieved within four years or by 2022 with contributions from agriculture and manufacturing sectors of $ 1 trillion from each respectively. The NITI Aayog, the think tank for growth constituted by the Modi government has made a blue print to achieve the task.

The Indian economy was growing at the average rate of 8 per cent per annum since 1960 says a statistical analysis. Despite few disappointments it was treading under a growing path along with as many as ‘side effects’. Barring burgeoning demography which is a major impediment for a long term planning solutions all other factors which boost the growth are handy to the policy makers. Therefore, the post liberalization economy was surging ahead with a consistency for more than two decades. In result, now, the speculation has turned into a reality. Modi government’s ‘formalization efforts’ are showing some positive aspects as the inflationary pressure is under check and another reform of ’one nation one tax’ regime is performing well. Thus, the success story may continue and the target shall be achieved.

The factors behind the pride

India traditionally is an agrarian economy. However, it was famous for textile and other products made by its artisans and were exported across the globe. Even the European traders were attracted towards India for Pepper and other spices. During the 18th century, Indian GDP was the top one according to a few estimations available presently. Economic historian Angus Maddison in his ’Contours of the World Economy’ describes that India and China were the largest economies during 1700. India had world population of 27.36 and Global GDP of 24.43 during the era, according to Maddison. Today, having 1.3 plus billion population and being ranked as sixth in terms of GDP, the country has recorded an achievement of fastest growing economy in the world.

Behind these historical facts the ambition of the government to take the country to attain the status of $ 5 trillion Economy gains importance.

Undoubtedly India could achieve that ambition provided there is no internal natural calamities and external man made calamities intervening in between. Sans such interferences, the target of $ 1 trillion through Primary and Secondary sectoral growth shall be made. Despite the capabilities there are many blockades towards the target.

Divergent voices on the task

Prof. Dr. K R Shanmugam of Madras School of Economics stated that the task is difficult to be achieved. As the current growth is stuck at around 8 per cent per annum it is Herculean task to double it within five years. “When Modi government took office the status of Agriculture and Manufacturing are better positioned than now. Only service industry pushes India forward. It is appreciable to target something. But in reality there are several roadblocks ahead. Because lot of stakeholders are there and unifying them itself is difficult task. Even the Ex TN CM Jayalalithaa ambitiously targeted to double the farmer’s income in a few years, is that materialised?” he questioned. 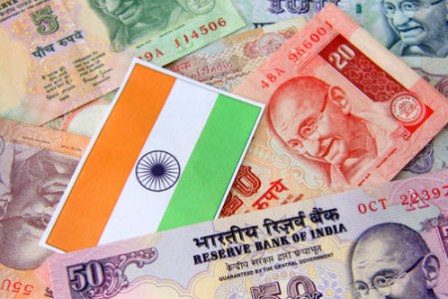 In contradiction well known financial consultant Shyam Sekar argues in favour of the task. He pointed out that three things should be done to achieve the target. “Competitiveness should be put forward. Getting down on parallel economy and sustaining nominal growth along with reducing import and increasing exports with import substitution would provide ample space. India had a CAGR of 17-18 per cent during seven or eight years before when inflation was high and global meltdown was there. But today we have formalized the economy and slowly growth in exports has been witnessed. Investment is required in huge numbers. Once we achieve the growth of 20 per cent per annum certainly we can double the GDP in five years,” he explained.

As the current poll debates over Vikas, it is inescapable for whoever forms the next government to look into fastest growth to eradicate acute unemployment and poverty at grassroots level. Hence the question of doubling the GDP hangs on infinite.