Dr Abhijit Mukherjee, Associate Professor, IIT Kharagpur, has been admitted as a Fellow of the Royal Society of Chemistry.

Dr Abhijit Mukherjee, Associate Professor, Dept. of Geology and Geophysics and the School of Environmental Science and Engineering at Indian Institute of Technology (Kharagpur), 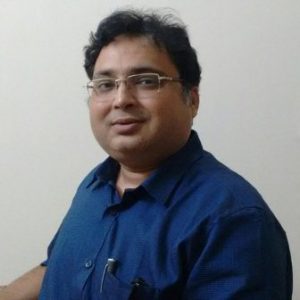 has been admitted as a Fellow of the Royal Society of Chemistry. He is a groundwater expert.

He has also recently been selected for the prestigious award ‘Shanti Swarup Bhatnagar (SSB) Prize’ for the year 2020 in Earth Atmosphere Ocean and Planetary Sciences.

Dr Mukherjee’s work in the area of groundwater exploration for suitable and sustainable drinking water sources has been widely acknowledged nationally and internationally. Recently, his research group developed an AI prediction model for detecting Arsenic in groundwater in the Gangetic delta. The work finds mention in communications by the Jal Jeevan Mission. His research interests include Arsenic and other contaminants fate and transport: global-scale to laboratory-scale; Interaction of groundwater with sea and river water; Groundwater recharge and estimation; Groundwater evolution (flow and chemistry) of large sedimentary basins; Groundwater exploration, management and remediation; Urban Geosciences.

Dr Mukherjee has developed the first regional groundwater flow model of the western Bengal basin and also explored arsenic-safe aquifers in extensive parts of the Gangetic plains and delta. The findings have influenced the groundwater usage policy by Government of West Bengal (GoWB) and lead to invitation to author the GoWB Vision 2020 on drinking water.

He is one of the few hydrogeologists from Asia, who regularly collaborate with internationally acclaimed scientists from National Aeronautics and Space Administration (NASA), U.S. Geological Survey, British Geological Survey, Massachusetts Institute of Technology (MIT), Columbia University, KTH Sweden, University College London, Manchester University etc., in addition to working with reputed Indian and other Asian scientists. His researches on groundwater have been funded by Ministry of Earth Sciences, Ministry of Human Resource Development, GoWB. (India Science Wire)

Fossil Fuels: How Would Life be Without Them?