ILO is optimistic about multilateral efforts to facilitate safe and organised international migration, during and post-COVID-19. 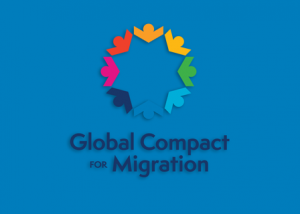 domestic and international – has received renewed attention in recent months in the wake of the global pandemic COVID-19. Conversations in recent days have focused on multilateral efforts to revive the economy and prop up crumbling public health systems in poorer countries. In all this talk about WHO and G7, we have to therefore reiterate the role and importance of multilateralism in migration matters.

Delhi Post: The Global Compact for Migration (GCM), signed in 2018, is a non-binding cooperative framework which has led critics to claim that it lacks teeth. What has been the notable success of the GCM since its signing?

Shabari Nair: The genesis of the Global Compact for Safe, Orderly, and Regular Migration (GCM) can be traced back to 2015. The influx of refugees and migrants into Europe reached unprecedented levels in 2015 and garnered widespread attention. In Asia, a similar crisis was playing out in the Bay of Bengal and Andaman Sea with Rohingya refugees and Bangladeshi economic migrants moving to South East Asia. In the western hemisphere, large number of Venezuelans fled to the neighbouring countries as the Latin American country became embroiled in a political and economic crisis. The global scenario during this period was heavily focused on large-scale cross-border movement of people.

On 19 September 2016, a high-level meeting was convened by the UN General Assembly to “address large movements of refugees and migrants” – a first-of-its-kind global meeting addressing migration and refugees. The outcome of the UN General Assembly High-level Meeting was the unanimous adoption of the New York Declaration for Refugees and Migrants by 193 Member States. Annex I and II of the New York Declaration paved the way for formation of two separate compacts on migration and refugees. The GCM was formally adopted on 19December 2018, following the Intergovernmental Conference held in Morocco earlier that month.

The first success of the GCM is that it is a 360-degree document. The GCM aimed to bring all of the various 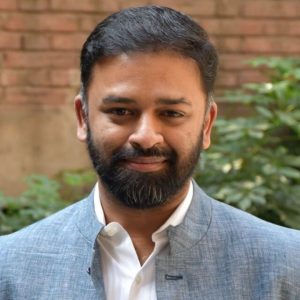 dimensions of migration under one umbrella. The themes addressed by the GCM are not new – governments have always worked to address them. In the case of labour migration alone, if governments seek to develop policies on skillsdevelopment, they will be implementing Objective 18 of the GCM. Similarly, Objective 6 focuses on fair recruitment;Objective 14 on consular protection; Objective 21 on sustainable reintegration and so on. Therefore, the GCM is important because it serves as a benchmark for governments to measure their success. Everything that governments have already been doing, that they are currently doing in the context of COVID-19, and that they want to do pertaining to migration is reflected in the GCM. Governments in South Asia, for instance, have developed national strategies for the implementation of the GCM. While some governments signed new bilateral labour migration agreements strengthening regular migration pathways, others are ensuring fair recruitment corridors with countries in destination. Almost all governments in South Asia are focusing on skills development for their migrant workers including in the recognition of prior learning especially for returning migrant workers impacted by COVID-19. This also helps in contributing to their effective economic and social reintegration particularlyin the job markets in the countries of origin.

The GCM’s other success lies in the fact that it is a negotiated document. It was adopted by 152 UN Member States after six months of arduous negotiations. Criticisms levelled against the GCM tend to focus on the non-binding and voluntary nature of the document which, they claim, undermines its effectiveness, but so is the 2030 Agenda for Sustainable Development. However, the review mechanism, at the international and regional levels, places the onus of responsibility on governments to meet the objectives and thereby ensures accountability.This also ensures that the GCM is a living document.

The GCM is underpinned by 10 guiding principles: people-centred, international cooperation, national sovereignty, rule of law, sustainable development, human rights-based, gender-responsive, child-sensitive, whole-of-government approach, and whole-of-society approach. It is rooted in the 2030 Agenda and rests on internationals laws, frameworks and standards.

As part of the whole-of-society approach, addressed in Paragraph 44 of the GCM, all stakeholders involved in the migration process such as governments, civil society, trade unions, employers, academics, faith based organisations and the media, among others, are encouraged to cooperate and support member states for the successful implementation of the compact. SARTUC, the South Asian Regional Trade Union Council, was a part of the Asia-Pacific Regional Preparatory Meeting for the GCM held in Thailand in November 2017. The inclusion of Paragraph 44 is,therefore, also an important success.

Also Read : Trajectory of internal migration in India and SDG 8

The MDGs, adopted in 2000, had 8 goals, 18 targets, and 48 indicators. The SDGs, adopted in 2015, building on the MDGs, had 17 goals, 169 targets, and over 250 indicators. The GCM has only just been adopted – critics need to look back 15 years from now to adequately measure the impact of the Compact. International cooperation and multilateralism are almost absolute preconditions to ensure safe, orderly and regular migration.

Delhi Post: In popular parlance political leaders and media outlets reporting on issues of migration often use “legal” and “illegal” to categorize migrant workers. On the contrary, the GCM distinguishes between migrants by using “regular” and “irregular”. What is the rationale behind the distinction?

Shabari Nair: The use of “irregular” instead of “illegal” was adopted by the United Nations in 1975. On 9th 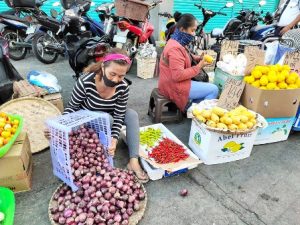 December, 1975 the UN General Assembly passed a resolution which called on UN organs to use the term “irregular” migrant workers. The 1994 UN International Conference on Population and Development, the most comprehensive document on migration at the time, reaffirmed the use of “irregular” migrants by defining them as people who fail to fulfil certain requirements of destination countries. However, it urges governments of countries of origin and destination to cooperate to reduce the causes of irregular migration and to protect such migrants.

The Compact also takes into consideration this perspective of international cooperation (Objective 23), while also enshrining national sovereignty in the document as one of the guiding principles. It therefore gives governments the right to decide on their national migration policies, to govern migration within their national territories, and how to distinguish between regular and irregular migrants within their territories, all in conformity with international laws and standards.

Delhi Post: Closer home, issues of migration is addressed by the SAARC and the Colombo Process. Could you shed some light on how migration has been addressed so far at the regional level? Has there been space for adopting a whole-of-society approach?

Shabari Nair: SAARC was established in 1985 but migration was brought to the fore of policy discourse in its agenda only in 2014. In the bilateral context states may discuss migration but at the multilateral level there was a period when it was difficult to incorporate migration in the agenda. At the 18th SAARC Summit held in 2014, on the initiative of Nepal and with support from other countries, migration was included in the Kathmandu Declaration. Paragraph 21 of the Declaration focused on ensuring safe and orderly labour migration and to ensure the safety and wellbeing of migrant workers from South Asia living in countries outside the region. In 2016, SAARC also agreed on a Plan of Action for Cooperation on Matters Related to Migration.

In recent times, regional processes are also opening up to a whole-of-society approach. Certain governments consult with trade unions, civil society and other relevant stakeholders at the national level before international meetings. Multilateralism in the region is a continuously evolving process. ILO understands whole-of-society approach through its call for a strong social dialogue and, thereby, serves multiple constituents – governments, employers, and trade unions.

A whole-of-society approach does not call for diminishing the role of States. Governments should be at the front and centre of policymaking – political ownership is required. If they are not, the onus of responsibility on governments to establish and implement policies is taken away. The whole-of-society approach imbibes the perspective that multilateral initiatives should be a state-led process; just not a state-only process.

Delhi Post: How is the global pandemic Covid-19 going to impact the continued implementation of global and regional mechanisms on migration? In the short-term will we witness a rollback of progress made under the GCM as is feared by some observers?

Shabari Nair: The pandemic should be seen as an opportunity by governments to aim higherand focus on the effective strengthening and implementation of labour laws and international standards. States can be reassured of their commitment to the GCM, by referring to the same objectives they put in place and which are relevant to the current times. States are now working towards recognizing the skills of migrant workers returning to their home country – in such a scenario they are basically implementing the Objectives 18 and 21 on skills development and reintegration, respectively, of the Compact. So, if the various South Asian governments are focused on issues such as reintegration, skills development, creating decent work at home, and fair recruitment practices of returning migrant workers, then their commitment to the GCM remains alive.

Promising signs of international cooperation are already visible. COVID-19 has shown the world that there is a strong need for countries to collaborate and strengthen multilateral cooperation. Jayati Ghosh, the eminent economist, sums it up best when she says “pandemics expose the basic truth that as long as anyone anywhere has a contagious disease, everyone everywhere is at risk”.

SAARC launched an emergency COVID-19 fund at its first high-level meeting since 2014. Cooperation between the various South Asian countries is not without precedent. As part of Operation Raahat undertaken by the Indian government to rescue people stranded in Yemen during the crisis in 2015, India evacuated citizens and non-citizens alike. Similar cooperation might be difficult to replicate during a pandemic. However, a number of countries in the region including Bangladesh, India, Nepal and Sri Lanka are in different stages of repatriation of their workers in distress in different countries of destination. The Government of India, for instance, through the Vande Bharat Mission would have repatriated over a hundred thousand of its nationals from 60 countries by the end of the second phase this month.The Government of Sri Lanka began its evacuation procedure towards the end of May and over forty thousand distressed Sri Lankans from around the world have expressed the desire to return. The Governments of Bangladesh and Nepal will officially begin repatriations in the coming days. This exercise of evacuation exemplifies a whole-of-government approach, one of the guiding principles of the GCM. Importantly, it also stresses on the importance of coordination at the bilateral and regional level giving life to Objective 23 on international cooperation.Countries mayfurther consider coordinating relief work in migrant camps. Similar to the COVID emergency fund, SAARC nations can be called on to coordinate and distribute relief packages such as dry rations and water to migrant workers still stranded abroad.

COVID-19 and Children: Reflections on World Day Against Child Labour