ISRO Opens up its Facilities to Private Sector Players

ISRO has permitted two satellites from the private sector and one from the academia being tested.

In a big fillip to India’s space sector, Indian Space Research Organisation (ISRO) has opened up its facilities for private sector, for the very first time in its history. ISRO has permitted two satellites from the private sector 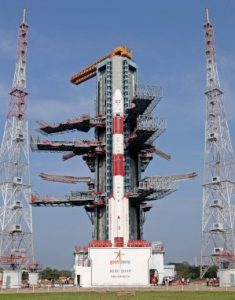 and one from the academia being tested in the Bengaluru based UR Rao Satellite Centre (URSC) of the nation’s apex space research body.

While two private firms will test their engines in the coming months at ISRO’s spaceport and rocket centre facilities at Sriharikota and Thiruvananthpuram respectively, satellites from Tamilnadu-based Space Kidz India and Bengaluru-based Pixxel (incorporated as Sygyzy) space technologies have already undergone testing at URSC.“In both cases we found problems with solar panels and our team is helping them fix them” said ISRO chairman K Sivan. Until now, ISRO had only taken help in manufacturing and fabrication of various parts of satellites and rockets from the private sector.

Talking about the development, ISRO spokesperson Vivek Kumar told that the two firms have finished the testing already. In the coming months, these two firms will also test their engines at Sriharikota spaceport and Thiruvananthapuram rocket centre. “There have been several firms that have worked with ISRO in the past, but these firms are into manufacturing satellites. They are almost through with their development. In our next PSLV launch, they could be our co-passengers,” he said.

A satellite designed by students from SpaceKidz India had been launched by ISRO as an experiment in January 2019 using the fourth stage of the PSLV—which usually goes to waste—as a platform for the Kalam Sat. Another startup Skyroot is working towards developing a launch vehicle that is likely to be launched by the end of the year. ISRO will share their spaceports—the existing one at Sriharikota and the upcoming one in Thoothukudi—with industries for such missions.

“In order to enhance utilization and maximize benefits from the space assets, it is proposed to change the approach from “Supply Based Model” to “Demand Based Model”. New Space India Limited (NSIL) will act as the aggregator of user requirements and obtain commitments. NSIL would take ownership from DOS for operational launch vehicles, commercialize launches, satellites, and services. The organisation will permit NGPE’s to carry out space activities through an Indian National Space Promotion and Authorization Center (IN-SPACE). ISRO would carry out capacity building in Space domain through the development of new technologies and capabilities and enable sharing of facilities by NSIL and NGPE’s” says the information provided by ISRO on its website.

Earlier ISRO had only provided launch facilities to private firms at a cost. In June 2020, ISRO chairman K Sivan had announced that the agency will open its labs, testing facilities and quality facilities to private companies so that they don’t have to invest in infrastructure. An independent body, IN-SPACewas set up not only to oversee the space activity of the private sector but also to handhold and share ISRO’s facilities with them. (India Science Wire)