Researchers at IIT Madras have shown that EEG can also be used to measure brain waves in industrial workers, to assess their mental sharpness, especially during times of crisis.

Accidents and mishaps on a factory floor can be prevented if the capability of the worker to respond to an emergency in real-time can be assessed. Electroencephalogram (EEG) is used to 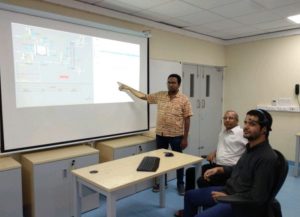 measure brain wave activity by placing sensors on the scalp. Researchers at the Indian Institute of Technology Madras (IIT Madras) have shown that EEG can also be used to measure brain waves in industrial workers, to assess their mental sharpness, especially during times of crisis.

Prof Rajagopalan Srinivasan, Department of Chemical Engineering, IIT Madras, said, “Human errors are the cause of nearly 70 percent of industrial accidents, the world over. Human errors, whether at the planning or execution stage, depend not only on the skill of the worker but also on his/her mental state and sharpness at that time. Anybody’s performance will become error-prone if there is a mismatch between the demands of the task in which the person is responsible and their ability at that moment to handle it. Such a mismatch leads to high cognitive workload in human operators, often a precursor to poor performance.”

Further, Prof Rajagopalan Srinivasan explained, “All our thoughts and activities are driven by electrical signals between the cells in our brain called brain waves, which occur at different frequencies and are called alpha, beta, gamma, theta, and delta. The relative magnitudes of these waves along with their variation are a signature of our thought process and current mental state.”

The research team affixed sensors to the heads of six participants and had them perform eight tasks each.

The nature of the tasks was to monitor a typical industrial section for any disturbances which, if not controlled by the participant in a given time frame, can lead to accidents.

Thus, the nature of the job required them to understand the plant (industrial section) behavior and take appropriate decisions and actions if any disturbance occurred. The disturbance increased their cognitive workload, and only if the correct decision was made, did the cognitive workload reduce.

Their results showed that the amount of Theta Waves could identify any mismatch between the worker’s mental model of the process, and the actual plant behavior during abnormal situations. This makes sense because the ‘theta band’ of brainwaves has been thought to be responsible for the control process of working memory functions.

The determination of the varying cognitive workload, in turn, influences human performance and the researchers found that the power spectral density in the theta band, correlated well with participants’ successes and failures during the task.

“We intend to study the potential of these EEG methods to improve human performance in various high-risk industries, thus opening a new paradigm to industrial safety and its relation to the real-time mental state of the worker,” announced Prof Srinivasan.

All in a Child’s Play