In urban areas, one in twenty two women is likely to develop breast cancer during her lifetime as compared to rural areas.

Breast-cancer is the most common cancer in women in India. Estimated one in twenty eight women is likely to develop breast cancer during her lifetime. In urban areas, one in 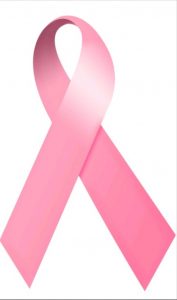 A new study by the cancer research group at the Department of Biotechnology’s Institute of Life Sciences (DBT-ILS) has resolved the mystery and promises to pave the way for developing better drugs for breast cancer.

Consequently, the team led by Dr. Sandip K Mishra has demonstrated that a molecule called MLN4924 can restore the expression of the ERRβ protein and help reduce cell proliferation and migration of breast cancer cells.

The study has also demonstrated that restoration of ERRβ expression in breast cancer with the help of MLN4924, promotes the production of two important tumor suppressors p21 and E-cadherin, involved in the arrest of cell proliferation and migration.

Breast cancer is the predominant cause of cancer deaths in underdeveloped countries, representing 14.3% of all cancer deaths. In 2018, 1,62,468 new cases and 87,090 deaths were reported for breast cancer in India The incidence rates in India begin to rise in the early thirties and peak at ages 50-64 years.

The therapeutic options are very limited for patients with advanced breast cancer that developed acquired drug resistance and/or disease recurrence or metastasis following first-line chemotherapy. The new study could help address these issues.