According to a study conducted by Organ India, approximately five lakh people die every year due to the unavailability of required organs in India alone.

t present, researchers and medical practitioners are struggling to grasp the various means and methods through which they can save the lives of people if they suddenly suffer from organ malfunction or failure. One of the most easily accessible and convenient processes is organ donation. It is not only a genuine way to save lives, but also a noble and benevolent deed. Unfortunately, awareness regarding the process is limited to urban areas only, and hence does not serve the purpose of many.

Over two lakh people wait for a suitable kidney in case of failure of the organ. The World Kidney Day’s report on the Global Role of Kidney Transplantation stated that certain ethnic minorities and disadvantaged populations still face massive problems when it comes to kidney transplantation. For example, Aboriginal Canadians have lower 10-year patient (50 per cent vs 75 per cent) and graft (26 per cent vs 47 per cent) survival compared with white patients.

Countries on the European continent on the other hand, are making great strides in terms of organ donation. Organ India’s study also stated that around 36 persons per million of the total population donated organs in Spain in 2014, 35 per million donated in Croatia and about 27.02 per million donated in the United States of America (USA). But even in USA, the situation is not very favourable. One of National Centre for Biotechnology Information report on “The Decline in Living Kidney Donation in the United States: Random Variation or Cause for Concern?” expresses its concern on decline in the annual number of living kidney donors. According to the report, though the rate of deceased donor is fine, but since 2004, the annual number of living donors has declined.

Unfortunately, India is way behind when it comes to this sphere of benign contribution to mankind. In 2014, only 0.34 people per million of the total population took an initiative to donate their organs in the nation. However, certain governmental as well as non-governmental organisations are making efforts to reach out to people and explain to them the need to engage in the act of organ donation. One such organisation is MOHAN Foundation.

MOHAN Foundation is an Indian organisation which not only serves as an organ bank, but also strives to spread awareness regarding the same. It is an acronym for Multi Organ Harvesting Aid Network. This organisation is a non-profit, non-governmental organisation, started in the year 1997 in Chennai by philanthropist and medical practitioner, Dr. Sunil Shroff. Their offices are spread across the country and also stationed in the US. The members of MOHAN Foundation were devoted towards the cause of increasing the reach of the Transplantation of Human Organs Act.

“There is a certain lack of political participation. Health is a much neglected subject in our political scenario. Such activities require a strong public-private partnership which unfortunately lacks in our country.” 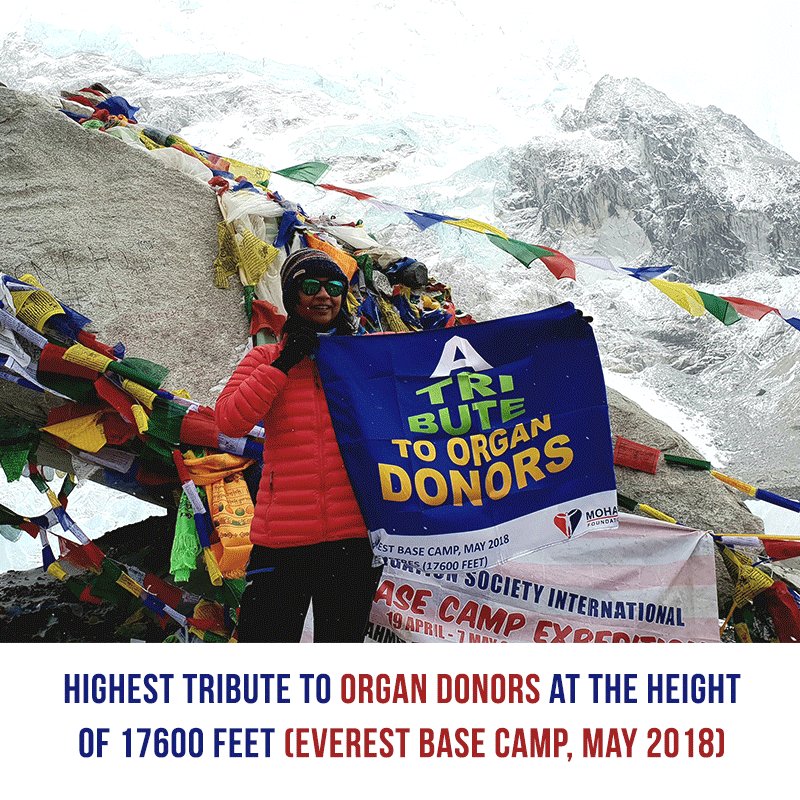 As disclosed by the members, the main mission of MOHAN Foundation is to ensure that every Indian who is suffering from end stage organ failure is provided with the ‘gift of life’ through a life-saving organ. The organisation is allocated into four core groups which perform diverse functions. These groups are:

Public Education for Organ Donation: The main focus of this particular branch is the distribution of donor cards and organ donation awareness campaigns. The donor card facilitates people to express their wish to donate organs and comes with a brochure titled, ‘A Priceless Gift’. The donor cards are available in different languages.  The very first donor card was introduced in English in January 1997.

Patient Support Group (PSG): Patient support group is a group for organ failure patients and their families to give them a platform to discuss their problems; provide guidance and the opportunity to interact with a panel of doctors, dieticians and counsellors. They also provide subsidised transplant related medicines to deprived patients.

In this age of social media and increasing prevalence of technology, this organisation is brainstorming all the options to reach out to a greater number of people. They have launched two different mobile apps to disseminate information and make the process of organ donation easier for people. The ‘Donor Optimisation Mobile App’ was developed in association with the National Health Service (NHS), United Kingdom. The intention is to provide a handy and quick reference guide for donor optimisations following the confirmation of brain-stem death. The ‘E Donor card’ on the other hand is an initiative which allows individuals to express their desire to contribute towards the cause of organ donation. The application once downloaded is visible on the phone screen with a heart icon. The main criterion is to keeping the near and dear ones informed about your intention in organ donation so that they can access the required apps during times of need.

They have also been releasing annual reports which make information about the progress of the organisation in the field of organ donation, accessible to all. The first report was released in 2008, which focussed on the organisation’s interaction with the Tamil Nadu Health Department to participate in a series of meetings that would help to facilitate the Deceased Donation Programme in the state. The 2009 report focussed on the contribution of Mr and Mrs K. Raghuram, Directors, MOHAN Foundation, as they received the REAL HEROES award instituted by CNN-IBN when they donated their nineteen-year-old son’s organs after he succumbed to his injuries after a fatal accident. Over the years, the reports have evolved to focus on various issues in tandem with their increased efforts towards organ donation.

One of the most notable works of MOHAN Foundation is its ‘Transplant Coordinators Training Programme’. It is the first structured course in South Asia which addresses the training needs of Transplant Coordinators. There are about 400 transplant centres in the country and thus, suitable training and opportunity needs to be provided to the coordinators. The course is structured in such a way that it can assist people from medical as well as non- medical backgrounds.  The best part about the course is it is subsidised due to part funding from the Tata Education and Development Trust.

The authorities in India are trying to change the scenario with regard to organ donation. Several new laws have been passed to reflect the same. One such legislation is the Transplantation of Human Organ Act (THO), which was passed in India in the year 1994 to streamline organ donation and transplantation activities. The act also accepted brain death as a form of death and made the sale of organs a punishable offence. However, these laws have not been translated into big numbers in terms of organ donations. The problem is not with the masses. Kumar explains the issues involved.

“The basic problem is with the structures. Most hospitals do not have the infrastructure to declare brain death. There is a lack of will on the doctors’ part as declaring brain death amounts to extra work. There is also lack of training to follow proper procedure to obtain the organs. Also, there is lack of systematic conference for spreading awareness.” 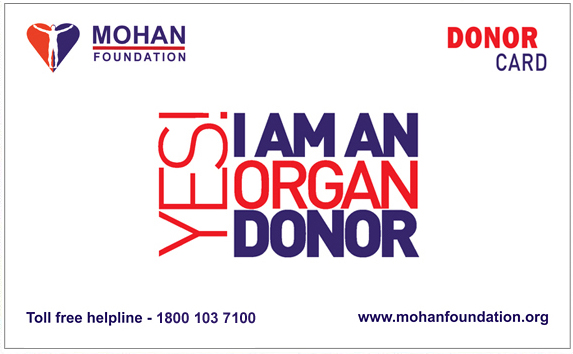 MOHAN Foundation is one of the largest non-profit organisations in India which is working towards spreading awareness about Organ Donation. The website of MOHAN Foundation is updated with the information on the latest efforts being taken by the organisation towards organ donation and various related issues surrounding the cause. It is one of the most trusted places to look up for any news with regard to organ donation.

They also provide brochures in different languages like English, Hindi, Punjabi, and Tamil for convenience of the people and to increase public awareness. They have also conducted a survey on ‘Awareness & Attitude about Organ Donation’ to get a better understanding about the general public’s perception and approach towards organ donation.

Thus, it becomes our responsibility as citizens of the country and for the sake of humanity that we extend our support to the organisation, spread awareness about their honourable cause, and help them to achieve their mission of saving the lives of people in the noblest way possible.

The writer is a Political Science student in Kamala Nehru College, Delhi University. She can be reached on Twitter @karmakarsroto

The Anti-Trafficking Bill, 2018: A Cause for Distress